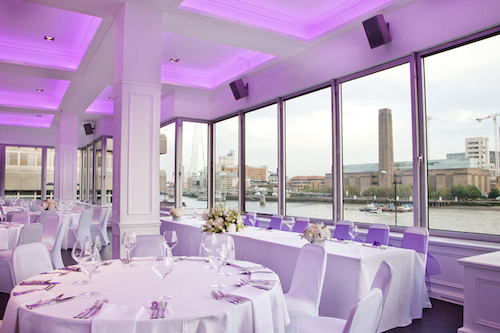 The Mermaid Complex in London has undergone a refurbishment on its River Rooms which provides two floors of industry meetings and events space.

The £600,000 renovation project included re-styling of both floors to create a flexible events space for prospective clients.

Malby Architects were the architects for the development. Premier Hospitality caught up with the firm’s Managing Director Nic Malby to find out more about The Mermaid’s newest project.

“We have done a lot of work at the Mermaid Conference Centre and Mermaid House in the past including undertaking refurbishment work within the six storey office block and external works on the Mermaid Complex.

“We became involved in the River Rooms project when the client, Richard Lipman, phoned me up to have a look at turning the River Rooms into one single venue as it was currently spread over two floors. Initially the venue was going to be transformed into a champagne bar, however during the design process Richard and his directors realised that for their purposes it would be better to design a more flexible space. 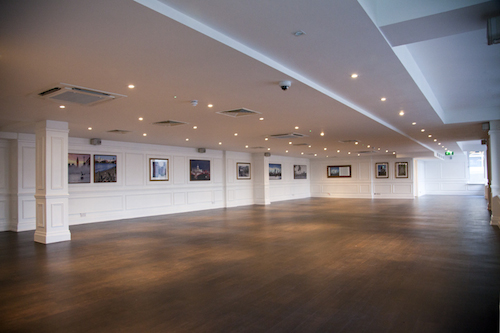 “This space can now be used for conferences, dinner dances, lectures and other events. We still kept it as two separate floors and the design became a lot more simple and minimal in line with The Mermaid’s business model.”

The staircase that links the two floors of the River Rooms has been removed and now access to the two rooms is only via a private lift from the entrance of The Mermaid complex. The lift transports visitors directly to floor one or two without them having to go through the conference centre and theatre.

Malby Architects have given a new lease of life to the River Rooms by adding timber flooring to the space, decorating the walls in white, and placing mirrors onto the rooms existing columns. The venue is extremely flexible as it has mood lighting which can be adjusted depending on the event.

There is also a large, contemporary, portable bar which can be located on both levels of the river Rooms again increasing the flexibility of the venue. Project Architect Nic Malby said the River Rooms were an amazing project to be involved with because of their location. 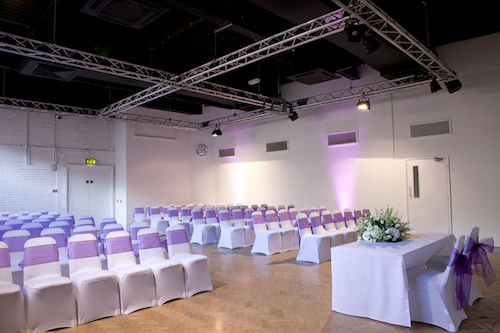 “The space is spectacular; it is situated opposite the Tate Modern and boasts a view of the whole of the south bank. It is a superb space and we are extremely grateful to our clients for including us in this project. They had the foresight to make the rooms more workable and capitalise on this great view and space.”

Main contractors WFC Contracts were only on site for a very short space of time; work began mid-July and was completed by the third week of August. The short timeframe allotted for the renovation was due to the amount of pre-booked events that The Mermaid Complex had arranged.

The half a million pound project was on time and on budget and the feedback Malby Architects have received from their clients has been excellent. Nic said:

“We would love to work with The Mermaid again in the future; they are an exceptional client and it was a pleasure working with them.” 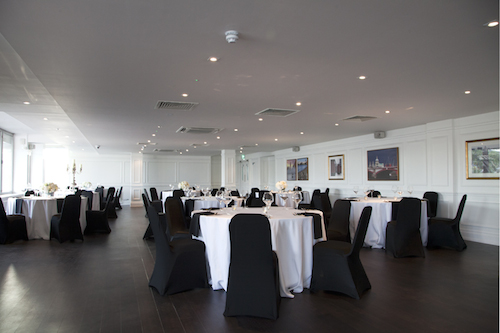 The River Rooms grand opening on the 3rd October this year saw 400 industry professionals flock to witness the venues unveiling. Individuals from high profile companies such as BBC, HSBC and Unilever were among the 400 guests who enjoyed canapés and drinks produced by onsite caterer Create Food and Party Design.