Middleton Hall Retirement Village, nestled near Darlington, County Durham, is in the process of expanding its current property stock. 35 Independent Living properties will be constructed as part of the phased development with a projected completion date of 2017.

So far six of the new properties have been built, sold and are now inhabited by their owners, with the second phase of the project in the construction period due to complete in June.

There has been a high level of interest in the bungalows from prospective clients; as a result Middleton Hall has pushed forward their building schedule to meet demand. Phase three has also begun and will see six more properties released to the market in autumn 2014.

Premier Construction caught up with Jeremy Walford, Middleton Hall Retirement Village’s Managing Director, to find out more about the current development. He said:

“The construction of the properties began in 2012; we built a prototype first to make sure the bungalows could be built to the required insulation standards and met zero carbon standards. We already have 30 Independent Living apartments, 20 Supported Living apartments, as well as two care homes on site.

“We opened the Independent Living apartments in 2007 and whilst we were selling those it was very clear that some people liked the concept and the accommodation but wanted something slightly different in terms of the space; so that’s why we have built separate bungalow properties.

“The bungalows allow people to live independently on the ground floor but also have the options of dormer rooms upstairs as well. We also realised the importance of low running costs so we decided to make the newest properties zero carbon homes.” 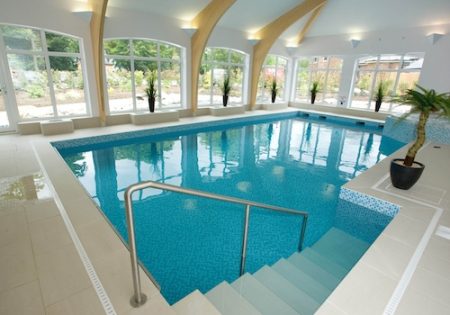 There are two different bungalow size types; one has a larger sitting room and the option for a study on the ground floor. The basic format for all the properties is two bedrooms and two bathrooms on the ground floor which is the same as the existing apartments’ layout. Each bungalow has patio doors leading out to a private patio area; with 75% of the properties containing an adjoined garage.

Managing Director Jeremy Walford said customers so far are buying from plan so the properties can be built in line with the owner’s wishes. So far every owner has opted to have the dormer rooms on the first floor which can contain a further two or three bedrooms depending on the client’s requirements.

The retirement village, which has been steadily developed over the last 15 years, offers a range of facilities for home owners and tenants from Independent Living apartments through to nursing care. These are all supported by a range of communal facilities such as a spa, restaurant, cafe, shop and outside sports facilities for the residents’ use.

The fact that home owners and site residents have access to the array of communal facilities on the development is a big selling point, Jeremy added. People tend to have a few reasons for purchasing properties on site, one of which is that customers are attracted to the spacious properties which have low running costs. Another big draw is the sense of community in the village, as is the plethora of onsite facilities that allow residents to lead active lives.

All of the new homes are zero carbon properties; the highly insulated properties have a mechanical ventilation heat recovery system. They also have a wood burning stove for winter use which has a back boiler to provide hot water to each property. Each home also has a simple electric heating system which generates electricity from installed photovoltaic panels. Due to this the homes are low running cost and low maintenance. Jeremy said:

“The Zero Carbon aspect of the homes has been another big selling point as people know energy costs are not going to come down. Customers also like the fact they have very warm, well insulated properties. The bungalows are very quiet as a result of being triple glazed.

“Middleton Hall utilised their in-house team on this latest development instead of employing a main contractor. We now have employed a construction manager who employs directly all the subcontractors for M & E work, the roofs, decorating, installing the kitchens and bathrooms. We used BSBA Tees as the project architects who have been involved in the planning process with us for the last five years.”

The properties are valued from £280,000 up to £400,000 and when completed will fulfil the firm’s current expansion plans.