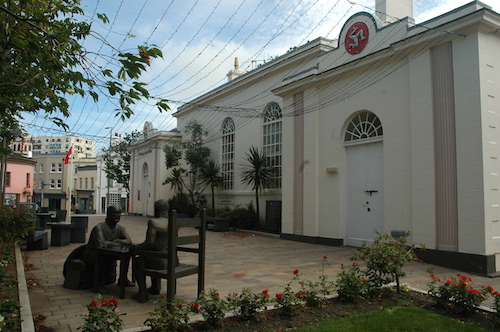 A project to regenerate Ramsey, the second largest town on the Isle of Man, is well underway and is set to reach completion by November 2014.

Tynwald, the Parliament of the Isle of Man, established funding for the scheme in April 2009 in a bid to improve the quality of the public realm by modernising underground services and making the town centre more attractive and accessible. The Regeneration Scheme also has a grant system offering financial support to Local Authorities, charities and individual owners of commercial properties in the regeneration zone.

The Ramsey Regeneration scheme began in 2011 with a pilot scheme which focused on improving a series of pedestrian lanes which link the main high street with the adjacent Quay side. This phase saw the lanes leading from Parliament Street to the Quay smartened and restored; the second phase addressed the traffic flow, surfacing and the environment from Market Hill through to Albert Street.

Phase 2A changed the traffic flow, surfacing and environment around the old Court House building, to make it an attractive feature space for the community and visitors. This phase included a complete carriageway rebuild, service upgrades and resurfacing of the surrounding roads. The pavements have also been surfaced in granite and new traffic tables, aimed at calming the flow of traffic, have been formed.

2A also saw the area newly landscaped, as well as new street furniture and lighting being installed. The current phase of works includes connecting a section of the shopping street to the former Court House and is due to be completed by November 2014.

Further phases of the Ramsey Regeneration Scheme will include amending the traffic flow and surfacing in Market Place and in front of St Paul’s Church. These works will enable the large square to be used effectively for events, making it a vibrant, bustling centre for community use.

The pilot scheme was tendered and Island Drainage & Groundworks Limited secured the contract and negotiated further involvement in successive phases due to their previous involvement. They are acting as the main contractor and Dalrymple Associates are the schemes architects.

Ramsey’s regeneration is well underway and the town is reaping the benefits of the already completed works. Already the town has seen unprecedented levels of new business created and a buzz restored to the area that many had considered tired and in need of a face lift. The regeneration project manager, Steven Stanley, said:

“Government funding is limited and is becoming more limited as time goes on so we have to be careful where we spend the money. However we are trying to focus the spending on the schemes that have been approved and where it is going to have the most impact.”