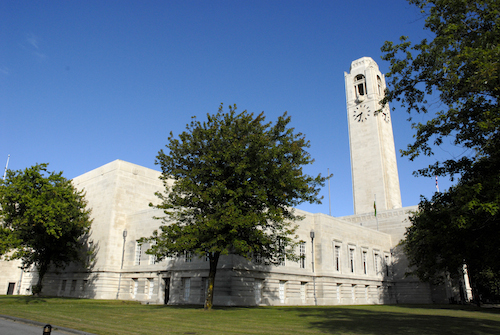 A £25 million refurbishment project at Brangwyn Hall and the Guildhall in Swansea has now been completed.

The project has seen the redevelopment of the whole building over a total of five phases. The property houses office blocks, used by Swansea Council, and Brangwyn Hall, one of the principal cultural attractions in Swansea.

Premier Construction caught up with Paul Davies, Site Manager at main contractors John Weavers, to find out more about the seven and a half year programme of works. Paul said that the majority of the works in the office blocks took place over the first four phases of the project and included rewiring, redecorating and upgrading of the facilities.

The final phase of the project has seen the extensive renovation of Brangwyn Hall, which over the years has seen the likes of Katherine Jenkins, Luciano Pavarotti, and most recently Elvis Costello perform within its historic walls. Works on the Grade I Listed building were completed on 27th June this year following the installation of a new lift in the stage area, upgrading of the wiring and the implementation of new ramps.

The fifth phase has also seen the installation of new ducting and central heating, Wi-Fi, as well as alterations to the bar area. Brangwyn Hall comprises an impressive front foyer which leads into a large hall with a vast stage where all of the stars perform their sets. The hall’s floor has been repaired and sanded and the impressive gold, patterned ceiling has been repainted. Decadent lights adorning the ceiling, weighing half a ton each, have been upgraded in order to make the building more energy efficient.

The hall boasts an array of paintings which were created by Lord Brangwyn, originally for the Houses of Parliament, but were rejected because of their lewd content. During the construction of the Guildhall buildings Swansea Council obtained the rejected paintings and altered the ceiling height of the aptly named Brangwyn Hall in order to accommodate the pictures.

The hall’s bar area has also been upgraded and altered, as have the function rooms adjoining it, which are regularly used for local university exams and events. The Green Room, located behind the stage, has also been revamped. 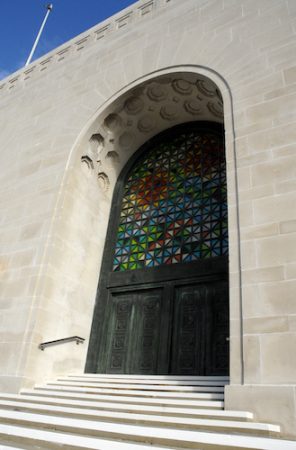 As the building is Grade I listed John Weavers and architects Powell Dobson have worked alongside CADW throughout the project in order to ensure the building’s character was not lost. Paul commented:

“It has been great to be involved in the renovation of Brangwyn Hall and the Guildhall. It has been a very difficult project as we have been trying to upgrade the building but have also been trying to keep the upgrades very low key in order to be sympathetic to the Grade I Listed status of the building.”