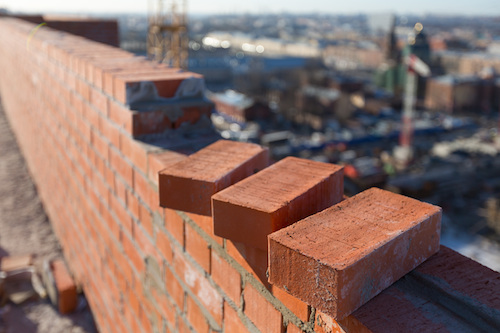 A housing development located on Launton Road in Bicester, has been awarded with an NHBC Pride in the Job Award as recognition for the hard work of the onsite team.

Developer Taylor Wimpey has created 23 stunning properties on what used to be an old Transco depot.

Taylor Wimpey acted as the main contractor on the site with their in-house design and architecture team undertaking all the planning works. The rest of the works were sub contracted out to local trades people.

“The Brownfield land, containing the Transco depot, was initially demolished and stripped out before the team undertook the laying of the site’s roads and drives. Works then moved onto the construction of the properties which were all traditional brick and block builds.

“We did the site in two halves, working at the top end of the site firstly to build 14 of the units, before moving on to the other nine properties. The first 14 houses were completed by December 2013 and 14 home owners moved in prior to the Christmas period.”

Ross added that the second phase of the works saw the remaining nine houses constructed, seven of which were the housing association properties. The site contains two one bed flats and two and three bed properties; all of which were sold before construction works even started.

The standard house on site contains an open plan kitchen and dining room, as well as an impressive hallway featuring a half winding staircase. On the ground floor a spacious lounge, WC facilities and a store cupboard can be found. Moving upstairs the properties bedrooms and bathroom is situated, with the main bedroom containing a luxury en-suite.

Although the properties are finished to a high standard, buyers have the option to add in their own touches. They can choose the type of kitchen they want, as well as the specific tiling and electrical points.

The Launton Gate team did encounter difficulties as the front of the site is close to a main road which made deliveries challenging. Finding on-site storage was also difficult as the site was very small and so all materials and products on site had to be kept to a minimum.

Ross said that although the team found the site challenging, after constructing the first few plots it was extremely enjoyable. Wining an NHBC award is the icing on the cake for the team:

“Winning the award is brilliant for me personally, and everyone else who has worked there. Everyone has put a lot of hard work in and to get recognised by the NHBC for the work we have done is great, especially on a small site.”

Properties on the Launton Gate site were priced from £236,000 upwards and lie adjacent to Taylor Wimpey’s neighbouring development, Kingsmere, found on Middleton Stoney Road in Bicester.

“We are delighted to be launching our new Launton Gate development. Visitors can take a look at layout and floor plans for each home, as well as speak to our experienced sales advisors about the schemes available, such as the popular Help to Buy.”

“Our neighbouring development, Kingsmere, has proven extremely popular with house hunters in Bicester. With only 23 plots available, there is no doubt this unique development will sell out quickly so I urge anyone looking for a new home in Bicester to visit us this weekend before it is too late.”

Having been in operation for 34 years, M J Hrycko Carpentry is a successful building company working across on construction projects throughout the industry. Holding a large labour base at the carpenters, the establishment focuses on new builds, however also offers a number of diverse services to suit any client.

Working on the Kingsmere site as well as the Launton Gate development, M J Hrycko completed all of the carpentry required for both projects throughout the sites. Both sites are NHBC award-winning sites, which of course is a marvellous recognition of accomplishment.

“Being a part of two award-winning projects is very important to us as a company; it’s great because we will be considered first amongst others due to our high standards and promise to deliver exceptional services.”

Previous projects that the business has successfully completed include Miller Homes at High Wycombe, Taylor Wimpey at Woodley and Taylor Wimpey Homes, Banbury.

“As a company we pride ourselves in our high quality of work and timely deliverance in order to keep within deadlines and keep our clients 100% satisfied.”