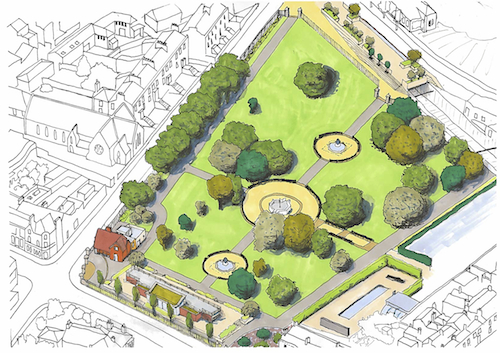 Situated in Dun Laoghaire, the People’s Park is an historic park which opened in 1890.

As well as the green spaces that the park provides, the People’s Park also includes a tearoom, gate lodge, bandstand and fountains, as well as boasting one of the highest footfalls of any park in the county.

Dun Laoghaire-Rathdown County Council has recently undertaken a restoration and conservation programme at the park with the aim of restoring the People’s Park to somewhat its original historic layout, whilst at the same time introducing sensitive contemporary interventions. The works have included altering the path layout, upgrading and extending the existing playground, the introduction of a space for a contemplative garden and the improvement of existing links, lawns and bedding displays.

“Essentially this was a restoration and upgrading project. Planning work began on the project in 2008, with the work divided into three separate sections: the restoration of the gate lodge and pavilion; the reconfiguration of the park’s original layout; and the promenade.” 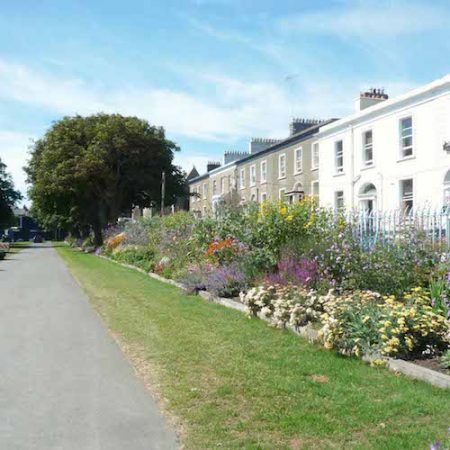 Work began on the gate lodge and pavilion in March 2013, on the promenade in June 2013 and the park in January 2014. All three projects are scheduled for completion in August 2014.

The gate lodge and the pavilion were constructed in 1890 and had fallen into a state of disrepair, so they were restored and extended so that the pavilion could provide a café/restaurant space with the gate lodge becoming a multi-use space. A number of significant improvements were undertaken in the park, including the installation of seating around the bandstand and fountains, restoration and re-surfacing around the bandstand and fountains and the upgrade of the park’s power system for the farmers’ market.

The final section of the project saw the dart line that created a physical and visual divide with the seafront, decked over to provide new public space. The works at the promenade has provided improved connectivity between the park and the seafront.

“The People’s Park is a very popular park in the middle of Dun Laoghaire and the redevelopment will be very well received by the public, with up to 10,000 people attending the park’s popular farmers market on a Sunday.

“During the works the park remained open but the two construction sites at either end of the park were horded off. On a few rare occasions we had to close the park for a day or two, but generally we fenced off sections, which kept the majority of the park accessible and this worked very well.”

“To be involved with this project was a great honour. It has been difficult at times but as works are nearing completion, the hard work put in from all the team is really starting to pay off.”