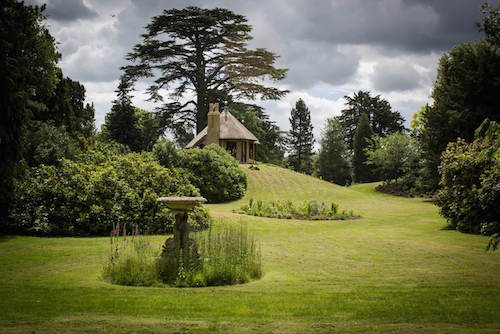 After a £3.6m restoration, the unique Swiss Garden in Bedfordshire has been brought back to life and re-opened at the end of July for the summer season.

The garden was created during the 1800’s and since then has been decaying; however superbly the Heritage Lottery Fund (HLF) supplied a £2.8m toward the £3.6m restoration project, in order to save the beautiful landscape and buildings.

The funding process began in 2009, as applying for and processing grants with the HLF can take some time, however the project work began on site in January 2013 and was finalised in June 2014. In addition to the HFL grant, funding has also generously been given by other organisations including Central Bedfordshire Council, the Country Houses Foundation and Friends of Swiss Garden.

Ruby Tiger, the company who managed the developments brought in specialist contractors including FWA specialising in heritage buildings. As the main contractor, FWA has ensured a successful and safe overhaul of the site after it was very much so hidden by the hangars of the Shuttleworth Collection aviation museum, adjacent to the garden.

Quirky buildings, ornamental structures and bridges present the image of the space as a picturesque, magical one not unlike that of a children’s fairytale in a storybook. The renovation has taken the nine-acre garden back in time, reproducing the Regency appearance from when its creator, Lord Robert Henley Ongley fashioned the charming site.

With the original layout of the Swiss Garden still intact, it is the best surviving Regency garden in the UK, evoking its ‘Swiss Picturesque’ style. It is unknown if the creator Lord Ongley produced the Swiss garden after a Grand Tour visit to Switzerland, or if he was influenced by the fashion for rustic, Swiss-style architecture made popular by the Prince Regent.

Premier Construction spoke to Project Manager of Ruby Tiger, Liz Sutton, to find out a little more on the transformation. Liz said:

“I believe the garden has helped the community in several ways; firstly improving the relationship between the Shuttleworth Trust who owns the garden and the wider Shuttleworth Estate which covers a large part of Bedfordshire- the relationship between the local people and the trust has been important since back in the 1830’s. Also the garden is now bringing more money in to the community and therefore in the long term improving the local economy. “

The garden’s 13 listed buildings and structures have undergone careful conservation using traditional materials and techniques where possible. The two-storey centrepiece, the Swiss Cottage, has been re-thatched using water reed from Norfolk, with finials re-gilded with 23 carat gold leaf and rustic embellishments made from slices of Monterey Pine cones and hazel and willow twigs.

The addition of a new, more prominent entrance to the Swiss Garden has been situated beside the main visitor reception. An ingenious sculpture trail was also created through the woodland, formed by chain-saw sculpture Patrick Brown, inspired by ideas suggested by children from local schools based on the garden and its history.

Scenic windows have been placed to re-establish the landscape views that have been lost over time, opening up onto very deliberate ‘stage set’ views of buildings, arches, bridges and other garden features as originally intended by Lord Ongley. To maintain the plant life and improve the garden area over 25,600 shrubs and 8,400 bulbs have been planted in beds.

“We’ve had feedback from the likes of English Heritage who are delighted with the work that has taken place. Also visitors seem to be really pleased which is fantastic and of course very important as a result. In terms of figures we used to have around 1000 visitors a month and since the renovation numbers have gone up to about 1000 in a weekend. The garden was all tucked away prior to the developments however with lots of publicity and the improvements things are a lot more positive now.”

A big part of the project has also been providing young apprentices with opportunities to get involved with the garden, in order to kick-start their careers. A photographic apprentice has recorded the history of the garden; horticultural apprentices have been maintaining the garden space and four building apprentices on a scheme have also been involved; all of whom have been trained by specialists in their field.

“Projects like the Swiss Garden don’t come along very often, it is the biggest project we have been involved with and we had a fantastic team. We are so happy it has delivered everything we set out to achieve.”

The Swiss Garden is open from 9.30am to 5pm daily, with admission at £8 for adults and £7 for seniors with children under 16 free.