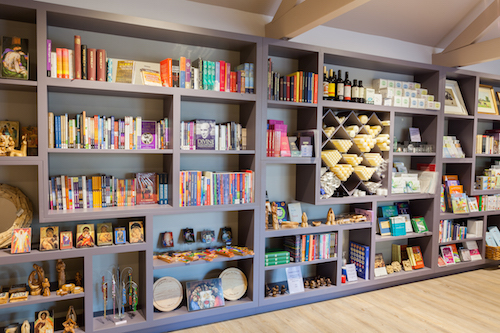 Southwell Minster is the Church of England’s cathedral in Nottinghamshire and is a site of much historic significance.

Over the years Southwell Minister has retained its unique place in history; however the site has shown signs of deterioration. In order to rectify this, a number of projects have recently taken place at the Minster with the aim of giving the site a new lease of life.

One of the Minster’s recent projects was implemented to give the site’s existing bookshop and refectory a much needed makeover. The project – which reached completion in April 2014 – was designed to maximise internal space whilst modernising the overall look and layout of the facilities.

“The bookshop and refectory were built within the grounds of the cathedral during the 1990s. Although it was a new build at the time, the building was designed to remain in keeping with its surroundings.

“The design served its purpose when it was originally built but it had started to look a little dated. The facilities provided no crossover; so people who visited the bookshop only popped into the bookshop and vice versa with the refectory.”

The bookshop had a regular customer base, so a key aspect of the project was to create a design which could appeal to new customers without alienating the existing clientele. Jamie Hempsall Ltd contemporised the interior, introducing bright lights, ceiling sculptures and hardwearing Kardean Aged Oak flooring. Additional highlights of the bookshop include a central display area and open shelving.

The site’s refectory saw its counter space extended through the removal of existing chiller cabinets, then banquette seating – designed to look like Minster pews – was introduced. Ceiling sculptures were also incorporated into the site to reduce issues connected to the acoustics of the building.

“The key to this project was to develop a new offering for a new customer base, whilst cross pollenating the existing markets of both the bookshop and the refectory. The project was probably our most unusual scheme to date, with quite a tight working schedule; but everyone worked well together and it was a great project to be involved with.

“This project marked the first time we had worked on an ecclesiastic scheme and a retail project and it was an extremely interesting scheme too.”

Since reaching completion both the bookshop and refectory have proved commercially successful. In addition, the project has been nominated within the category of Intelligent Design for the SBID International Design Awards 2014.