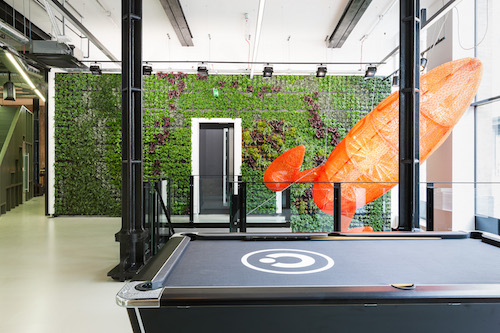 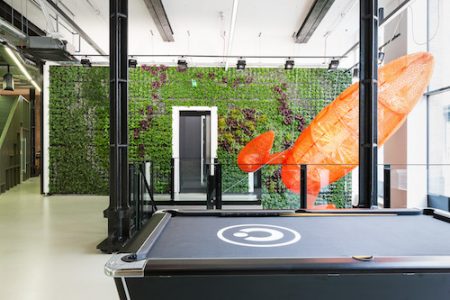 Thirdway Interiors and D+DS have been recognised in the 2014 SBID International Design Awards for their innovative design work on Capco and BoldRocket offices in Shoreditch.

The project has been nominated in the New Build and Development category.

Capco is a global business and technology consulting firm with 450 employees in London. Capco launched a new start-up vehicle; BoldRocket to redefine consulting and work across industries other than just finance. They needed new premises designed and created to meet the growing needs of the business.

Both firms moved from corporate offices in the centre of London to an exposed brick 24,000 square foot build in Shoreditch. Capco wanted the new space to represent the core values of the business, reflect the area and promote inspirational thinking.

Premier Hospitality caught up with Rob Goulder, Design Manager at Thirdway Interiors, and Frasier Munro, the firms Director and Owner, to find out more about the project. Frasier commented:

“Capco wanted their British HQ to be a flexible space; as a management consultancy they needed somewhere that could house up to 300 people and that is what they now have. The offices comprise client meeting space, entertainment space, project space, all of which boasts advanced technology. 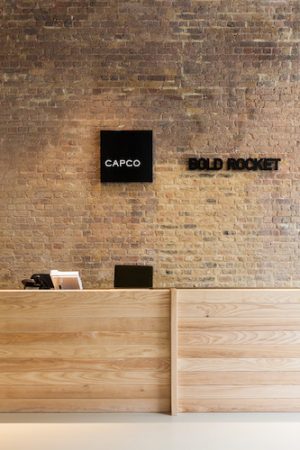 “We became involved in the project late on in 2013 and work started on site in early 2014. We worked alongside Capco’s designers D+DS and managed to complete the project in just ten weeks. The building is very iconic and so we had to work with the building to ensure it wasn’t overwhelmed by the design. The requirements of the client were testing as was the tight timeframe so it was a hard project, involving us working flat out all day every day for four months.”

On the venue’s ground floor we have created a low key reception area which leads to the staff cafe area. As well as these spaces the ground floor also comprises a vast conference space with room for 60 people, as well as another iconic meeting room entitled The Yellow Room.

The lower ground floor is the space where BoldRocket staff are based. The furniture solution has been designed to be very flexible so that up to 70 staff members can be accommodated in the space. The lower ground floor comprises numerous multifunctional meeting spaces, project tables with room for 20 people per table, as well as a plethora audio visual and technological equipment. The space boasts an array of signage and video walls making the space a very visual interactive environment to work in.

The three floors situate above the ground floor are similar in layout; all are open plan with numerous meeting areas and flexible seating arrangements. Few of the staff have a fixed seat and instead pick up laptops from lockers on the ground floor before finding an available workstation for the day, or week. The design concept mirrors this flexible working approach. 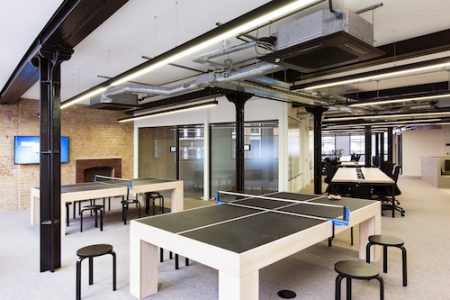 The third floor comprises the management suite which although containing some fixed seating still retains an organic feel. The 25,000 square foot office comprises one meeting room, home to the big boss, as well as being used as a meeting room when necessary.

“To be nominated in the SBID International Design Awards is great. As this business has grown it has been great to get recognition for projects like this; the nomination is testimony to the hard work that went in to the project.

“To be involved with a project like this in the first place proves that out ethos is different to other firms. We are very consultancy based and what we do works for the commercial industry.”