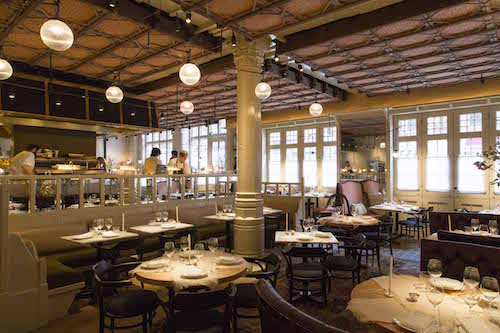 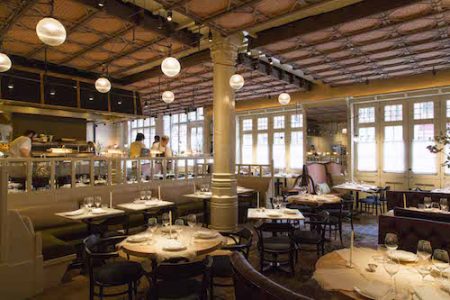 From David and Samantha Cameron to Kate Moss, Simon Cowell, David Beckham, Bill Clinton, Bradley Cooper and Tony Blair – all have visited the brand new Chiltern Firehouse brasserie and hotel in Marylebone, London – a venue which has become the top haunt of celebrities, with the paparazzi outside ready to pounce.

The venue is owned by hotel magnate Andre Balazs, who also owns the glamorous Chateau Marmont in Hollywood and the Mercer hotel in New York.

The project to transform the Grade II listed Victorian Gothic former fire station, built in 1889, into an exclusive high quality New York style brasserie and boutique hotel was carried out by Main Contractors Knight Harwood, with fit out experts Tekne also playing a major role in the scheme. Architects were Archer Humphryes Architects.

The venue’s 26-key boutique hotel was created through the construction of an extension to the rear of the building, and comprehensive refurbishment of the original building to an exceptional standard.

The design was geared to reflect the period in which the building was constructed. Many of the original features have been maintained and incorporated into the design by David Archer of Archer Humphryes Architects – for example the fireman’s pole, fireplaces and glazed brick wall. The building’s high ceilings, hanging light fittings, large mirrors, busy open kitchen and original watchtower with its views of the surrounding area all add to the venue’s distinctive attraction.

The building’s structure and former use made it ideal for the scheme. The open spaces of the former appliance room and main entrance, and the original layout of the second floor rooms – originally intended to accommodate the firefighters and their families – also lent itself perfectly to the new scheme.

The appliance room became the restaurant, the ladder shed became the function room and gallery space, with the old telephone room becoming the main reception.

Tekne fitted out all these areas, including works to the bars, restaurant, open kitchen and staircases, as well as manufacturing the fitted furniture and seating.

From the design drawings, Tekne produced manufacturing drawings and provided samples and mock-ups for client approval prior to manufacture, to ensure the design intent was maintained. 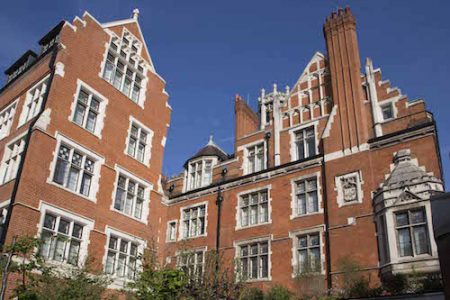 This was a very complex fit-out, with a particularly challenging element being the ceilings – one of which was designed to imitate a joisted ceiling and was made up of woven jute panels.  Another demanding task was the creation of the Conservatory Bar with its bamboo and steamed rattan framework.  It was such challenges that made the work particularly interesting and satisfying for all at Tekne – from managers to bench joiners and specialist finishers. Tekne are proud to have been involved in this project, and the exceptional success of the Chiltern Fire House is a commendation of the standard of design, construction and fit-out in the scheme.

Portuguese chef Nuno Mendes departed his Michelin-starred Viajante restaurant at Bethnal Green’s Town Hall Hotel to head up the kitchen at the Chiltern Fire House, serving dishes with an American slant – taking inspiration from the 16 years Nuno spent training and working in the States with chefs such as Wolfgang Puck who is behind CUT at 45 Park Lane and the thrice Michelin starred Jean-Georges Vongerichten.

Dishes on the menu might include starters such as Sea Trout Crudo with yellow mole and coriander; Red Prawns with almond milk and smoked grapes; Firehouse Caesar with crispy chicken skin and parmesan; Green and White Asparagus with chervil and brown butter; Soft Poached Egg with Jersey Royals, wild garlic and morels and Grilled Octopus with aubergine, daikon and mushrooms.

However it’s important to note that you might need to have a title – or even an Oscar or two – just to have your table booking accepted!