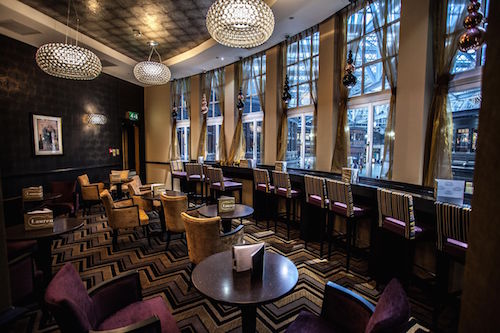 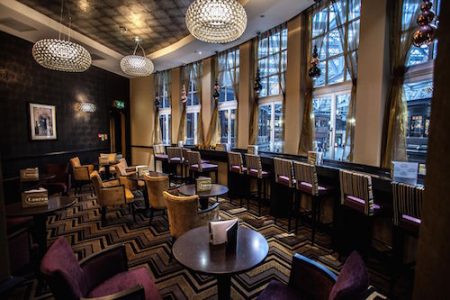 One of Glasgow’s most famous hotels has been transformed with a £4.6 million makeover – less than four years since it reopened its doors.

The award-winning Grand Central Hotel has unveiled a striking new collection of 46 stylish bedrooms and suites – increasing its offering to 230 bedrooms. The project was carried out for Starwood Capital Group, which owns PH Hotels, a collection of 22 city centre and countryside properties, including the Grand Central Hotel. Main contractors were Zenith and designers were Goddard Littlefair.

The redesigned hotel boasts an array of lavish features, specially sourced to celebrate its connection to Glasgow.

As well as celebrating the iconic hotel’s much-loved links to the past – with subtle nods to historic Glasgow visible throughout – the redesign also showcases the latest advances in modern technology. Guests will discover elegant full length wall mirrors that are transformed at the touch of a button into large screen LED TVs, perfectly positioned for viewing in absolute comfort. 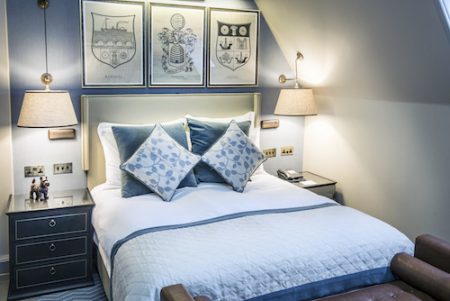 On arrival, the jewel in the crown is an inviting new entrance and ground floor reception area that entwines traditional elegance with contemporary design. The stunning soundings with feature fireplace provide the perfect backdrop for guests to sit back, relax and watch the world go by.

“Our hotel prides itself on its heritage with the city and our new expansion ensures we pay tribute to that. We wanted to create a look that captures the excitement, style and sophistication of the city. The new bedrooms achieve just that whilst complementing our stunning premises at the same time.

“The new bedrooms have been designed in keeping with the style and character of the hotel and we have also added on a new category of room – a junior suite incorporating a bedroom, bathroom and lounge area – which gives guests more flexibility.

“The project went very well and we all worked together to make it a smooth transition. Phased working timed to ensure minimum disruption worked really well and the project was finished on time. We are happy with result and the feedback from guests has been fantastic. 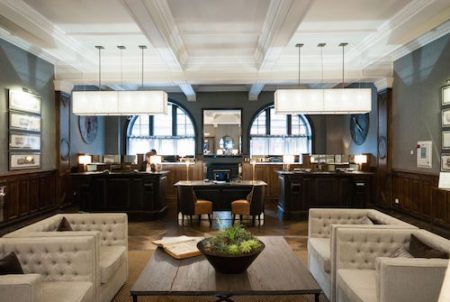 “I think this hotel has had an amazing journey since its re-invention in 2010. Carrying out another refurbishment four years later shows just how committed we are to the continued development of the hotel.”

“We had an existing relationship with Starwood, the new owners of the hotel group, for whom we had done previous work. We were asked to come up with a new concept which would be a starting point for the rest of the redevelopment of the entire hotel group.

“We designed a mock-up room in advance, which was approved, and we also produced a design for the lobby. It was a fairly fast-track process to get all the designs and layouts approved – especially as every room was different.

“The overall aim of the design was to make the hotel feel more ‘residential’ and to give a level of luxury to the product with features such as marble bathrooms and full size mirror TVs that one would expect in a high-end hotel. We also sought to respect the architecture and history of the building by restoring original features. 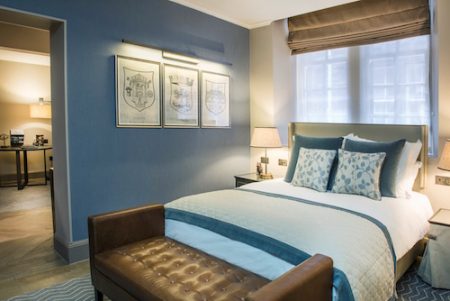 “I believe the rooms have been well received and the reaction from guests and Starwood is very positive.

“This type of project gives us a chance to work in these lovely historic spaces which always throw up a challenge, but are incredibly interesting. These buildings have a place in the hearts of people who live in the city and are a real privilege to work on.”

The recent multi-million investment follows a £20 million refurbishment in 2010 that transformed the hotel into one of Glasgow’s most stylish, conference, training, wedding, banqueting and short break destinations.

Guests staying at The Grand Central will be staying where icons such as JFK, Winston Churchill and Frank Sinatra have visited.