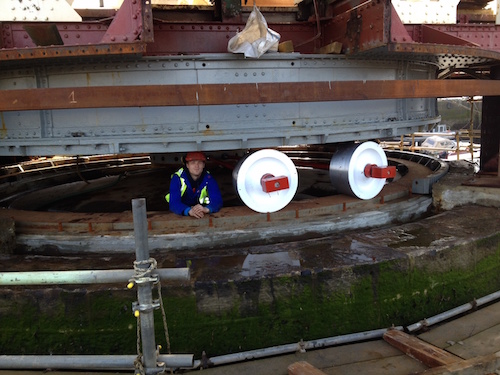 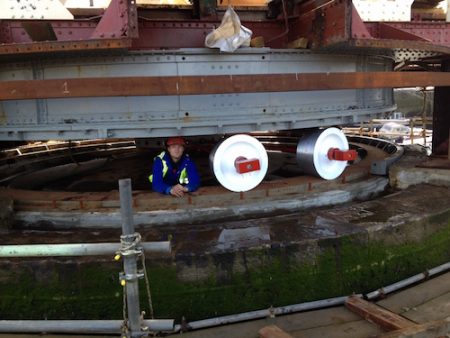 A project to refurbish a 122-year old bridge in the Isle of Man has reached completion.

Ramsey Harbour Swing Bridge links up the main areas of Ramsey town to the Mooragh Promenade and facilitates both road users and pedestrians. The bridge was built in 1892 and comprises two steel trussed arches which span 64 metres towards a central pivot.

In September 2013, the bridge was closed temporarily in what was, at the time, a planned three-month closure implemented by the Department of Infrastructure to address some repair works. However, during the works it was revealed that this was a much larger project.

During the project’s work programme the bridge’s bearing wheels were replaced, the bridge was given a full re-paint and a new lighting scheme was introduced. Although this repair work has seen the bridge out of operation for longer than anticipated the Department of Infrastructure believed this to be the best course of action to ensure Ramsey Harbour Swing Bridge was properly restored. 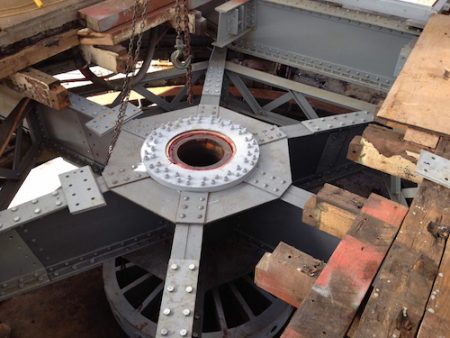 Discussing the project, Tim Cowin, Head of Highway and Asset Management for Department of Infrastructure, said:

“When we took the bridge apart we came across a few issues which we had not initially foreseen, so we extended the project so that we replace the two main central bearings.”

Works on the project were carried out by an in-house team at the Departure of Infrastructure, with Buchanan & Pitts Ltd responsible for the painting works and Luminaires providing the lighting design on the scheme. Meanwhile, Numech was responsible for the mechanical works. 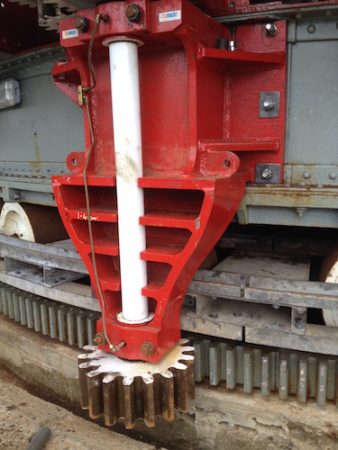 Throughout the project, Numech was responsible for the manufacture of new bush bearings and shafts; 20 new spokes; and ten new Gears. The company refurbished 20 wheels; two upper pedestals; all upper and lower tracks; and 12 rack segments, which were re-fitted with new teeth.

“The phosphor bronze bearing on the centre pin was seized. During investigation it was found that the clearance was excessive. The outside diameter of the bush had been modified and three dowels were fitted to stop the bush turning. 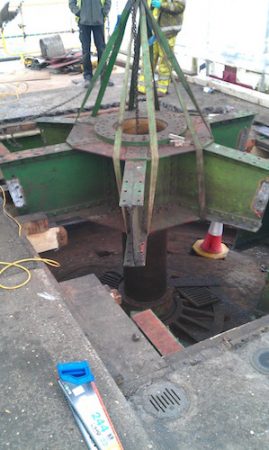 “This project has demonstrated the competence of our staff, my son and myself, and our ability to take on a project which was originally designed back in 1892. Tim was delighted in the way that we operated and it was a great project for us to be involved with. With the correct maintenance the bridge should operate now for another 100 years.”

With the bridge in full operation, Tim is pleased that the bridge’s reopening has been met so positively by the residents of Ramsey.

“People are happy to have the bridge back as it provides another route across the harbour and links the two parts of the town quite nicely.”

“For me personally it was great to see this project completed. I live in Ramsey, so not only does the bridge provide a short cut for me to get across town, it was fantastic to be involved with a local project that gets this bridge back into service.”

For more information about the Department of Infrastructure, please visit: www.gov.im/about-the-government/departments/infrastructure/.