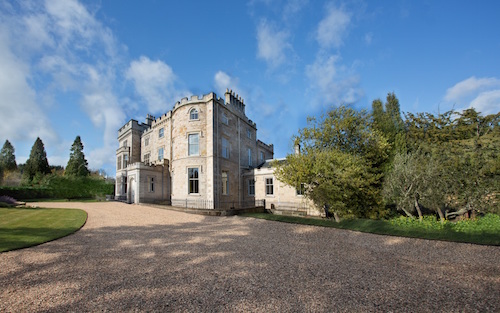 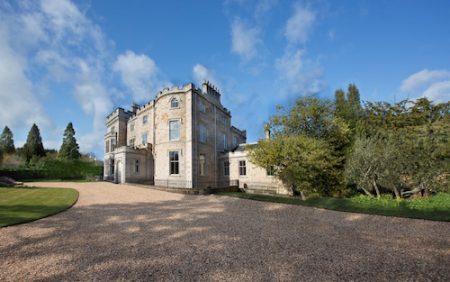 Creating an impressive new wedding and conference venue within a beautiful historic Grade A listed building, is a project to refurbish the previously derelict Crossbasket Castle in Stoneymeadow Road, Blantyre, near East Kilbride, Glasgow.

Alison Reid-Timoney, with the assistance of Suzanne Ritchie, has researched the period of the castle.

“The vision has always been to create an authentic interior with the feeling that it has always been that way rather than a ’boutique’ style.  Working with our contacts and trades on site, we have been able to bring a fabulous old castle back to life, preserving it for future generations,” said Alison Reid-Timoney. 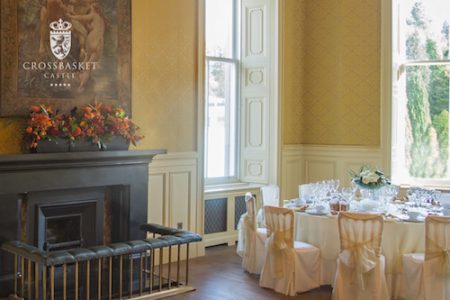 Crossbasket Castle is a fairly typical oblong tower house, dating from the early 16th century, added to which is a large mansion comprising four extensions and alterations that can be dated from 1891 attributed to architect James Baird Thomson.

The architect for the project is Gordon Smith of Smith Findlay Architects and the structural engineer is Jim Young of Ramage Young Structural Engineers.

The castle was derelict when purchased by the new owners approximately three years ago. Lead flashing had been taken from the roof, which resulted in severe damage caused by water ingress. 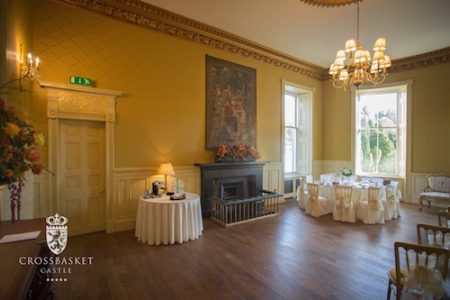 The building was stripped to shell state internally to remove substantial rot and repair the structure. John Sneddon, project manager in charge of the subcontractor team, working on behalf of Crossbasket Castle Holdings, told Premier Construction: “The project is going well and we have a good team. Effectively we were creating a new build within the structure of the old, with extensive works being required in order to comply with modern building regulations.”

A stone spiral, three storey staircase within the castle tower has been reinstated. Throughout the building, internal features such as cornicing damaged by water ingress have been faithfully restored to the original designs, and most of the internal layout has been retained. All new building services including heating, lighting and plumbing have been installed. 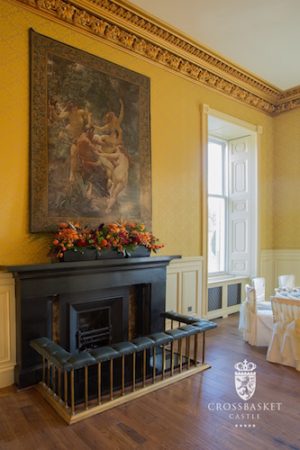 Within the main building on the ground floor the original features in the grand drawing room, the library and the dining room have been reinstated to a very high standard.  It would be a very keen eye to pick out where the old finishes and the new begins. The intended use is for wedding receptions, exclusive location events and private conferences.

Eight new en-suite bedrooms have also been created on the first and second floors again retaining much of the original features.

The castle tower incorporates wedding accommodation for the bride and groom and includes a ground floor designed for the bride’s entourage, with a honeymoon suite on the first floor, a large bathroom occupying the whole of the second floor and a sitting room/viewing gallery on the third floor. 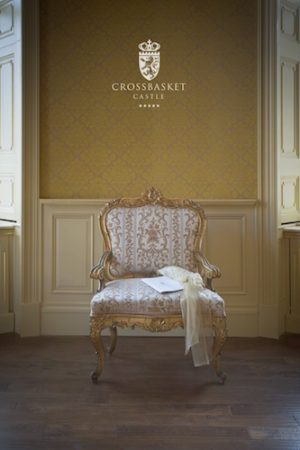 External works included complete re-roofing, the reinstatement of all the windows with double glazed units designed to match the originals, and removal of the roughcast render to reveal the original stonework. Timber lintels, which had rotted, were also removed.

“The render was added in order to prevent water ingress, but actually trapped the water making the problem worse. The building now looks stunning with the original stonework revealed. We found many original features concealed under the render, including more windows which had been bricked up and were re-instated, as well as, arches and stone Celtic cross details,” said John Sneddon. Additional external works include extensive landscaping.

A further element of the project includes the construction of a grand ballroom to accommodate 250 guests. The portal steel framed building features a stone facade and a cantilevered balcony on the west wing overlooking dramatic waterfalls on the river Calder. 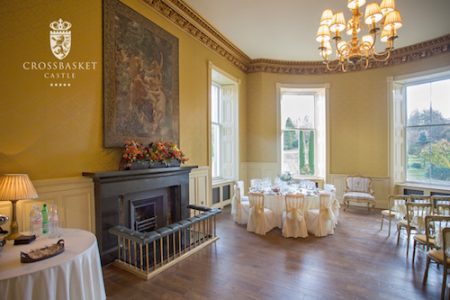 The final element of the project involves the construction of a new 100-place children’s nursery near to Crossbasket Castle. The nursery building is a timber kit system with coloured Trespa cladding, and was opened in August 2014.

The project will be completed in June 2015.