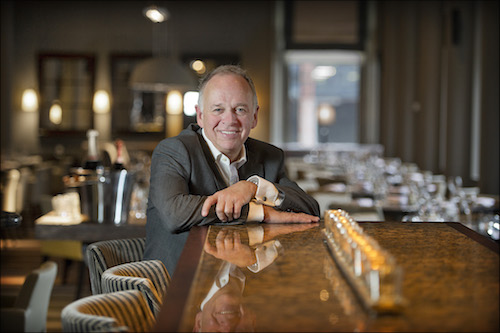 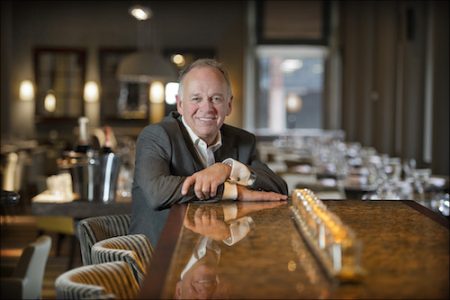 Glasgow’s oldest and only remaining residential private members club, The Western Club, opened its doors to the public for the first time in its 190 year history with the recent launch of a new public restaurant on its premises in Royal Exchange Square, Glasgow.

The Western Club Restaurant is the result of a partnership between the club and veteran restaurateur, Alan Tomkins, who has been influential in shaping Glasgow’s food scene over the last 30 years, including being behind institutions such as Gamba, Vronis and Urban Bar and Grill.

“The minute I walked into the club’s dining room I instantly knew it would make the most fantastic restaurant. With views over what is arguably, Glasgow’s most beautiful square and the stunning buildings created by Glasgow’s merchants of the past, I could envisage today’s business leaders doing deals in this space and diners enjoying its elegance. 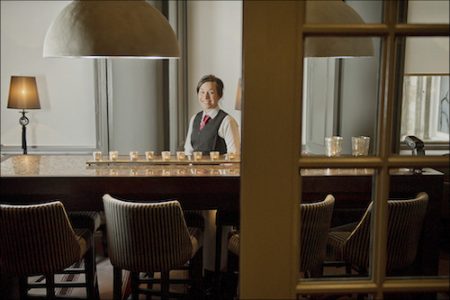 “Working with internationally renowned designer Amanda Rossa of Amanda Rossa Interiors Ltd, we have brought all of that history and grandeur up to date with a contemporary, stylish design which makes the most of the location, scale and proportions of the room. It is a truly exciting opportunity to bring this dining experience, in this exceptional location, to the public for the first time.”

Scotwood interiors, which specialises in the refurbishment of commercial and business premises, has created the new restaurant.

To ensure a sleek finish, Scotwood were appointed by project managers Keynorth to create the new restaurant including new decor, lighting and flooring, fixtures and fittings, as well redecoration and carpeting of other areas of the club. The newly formed restaurant is located on the 1st floor, meaning the public will have access to The Western Club for the first time ever.

“We stripped out the club’s old restaurant and refurbished it, including the installation of new lighting, Wilton bespoke carpeting, re-decoration and the installation of bespoke joinery. This included making a new bar complete with granite work surfaces and bottle displays for the back bar. We also manufactured waiter service stations and a maitre d’ table, designed with granite worktops and walnut stained timber veneers, as well as manufacturing and installing upholstered banquette seating.

“The decor, which has a contemporary feel to it, looks very impressive. Design highlights include feature ceiling and wall lighting and bespoke seating, champagne table and bar.”

Further works included refurbishment of existing reception area and the re-decoration and carpeting of the stairwell, the private members’ bar, two members’ meeting rooms and some of the bedrooms. 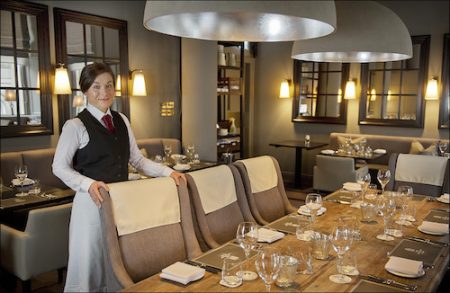 All of the works had to be completed whilst the club was in operation, so the works required careful planning.

Scotwood completed the project in just nine weeks – on time and on budget. Jim Scott, Joint Managing Director, Scotwood, said: “Working with The Western Club, as they begin a new chapter opening to the public, was an honour for us and we were very excited to work alongside both The Western Club and Urban to help make this happen.”

The project was completed at the end of October.

The Western Club was formed in 1825 and currently has 600 members. At its height in the 1960s, the club still had less than 1000 members, as exclusivity was always important, as an article in the Glasgow Evening News on 20th October 1924 illustrated: “from all accounts it’s easier to manoeuvre an O.B.E. for yourself than to gain entry as a member of the Western Club.”

Commenting on the new restaurant, Jon Cossar, Chairman of The Western Club, said:

“There is an anticipatory excitement amongst all of us at the Western Club about this new phase in the club’s evolution, partnering with one of Glasgow’s most respected restaurateurs.

“We very much hope this will be the catalyst to ensuring the ongoing success and long term future of the Club, suiting the needs of its members in the 21st century – towards and beyond our 200 year anniversary in 2025, and creating a heritage we are proud to bequeath to future generations.”