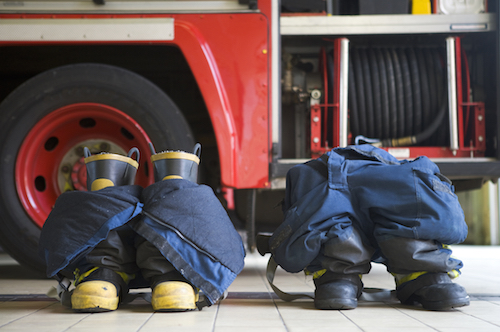 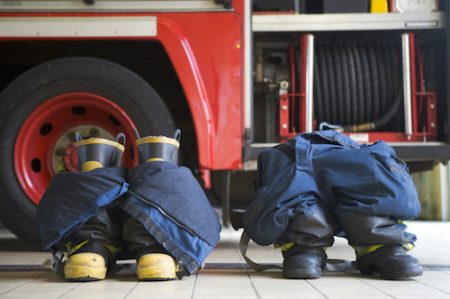 Gipton and Stanks Fire Stations have been merged as part of a Leeds City Council consolidation scheme.

The 11 month project began on site in August last year and is set to complete in January 2016.

The new Killingbeck Fire Station is located next to Killingbeck Police Station off York Road and has been created as part of a money saving scheme by West Yorkshire Fire and Rescue Service.

The station is part of a brigade-wide restructure that will see nine stations replace 17 by 2020.

The station when completed will comprise two-storeys and 44 full-time firefighters, as well as office space, canteen, kitchen, equipment storage, a garage for two fire engines, car parking facilities and a 14 metre training tower located to the west of the site.

One third of the site comprises a former petrol filling station. The other two-thirds is green belt.

Located at a prominent position at the gateway to East Leeds, adjacent to the A64 main arterial road, the station will deliver a 24 hour immediate response to the community and will accommodate the East Leeds Young Firefighters Scheme.

The station will provide the area with a first class facility from which fire and rescue response is delivered, as well as an independent community room allowing partner agencies to interact and undertake working experiences with the service.

The aim is that the new stations being constructed as part of this initiative will offer a better value for money for service users and will slash response times in high risk areas because of the location of the new stations.

The new station is situated on the site of a former petrol station at Killingbeck in east Leeds.

The new building has been designed with a modern appearance which features brickwork and steel cladding. The stations windows and doors are a colour coated aluminium construction with interspersed coloured infill panels providing an element of visual interest to the building.

Simplicity lies at the centre of the stations design. The roof and fascias are a colour coated metal construction and will contribute in achieving the desired appearance.

Certain parts of the building’s design have been influenced by the nature of their use including the vehicle access and egress doors which are fundamental to enable the station to operate functionally.

The layout of the building has been mostly dictated by the operational requirements of the fire station in order to allow it to function efficiently, effectively and safely. Operational requirements dictate that fire service vehicles have access to the rear of the site thus allowing them to drive forwards into the vehicle bays within the building. The vehicles will then be in the required location and in the correct orientation for the next emergency turn out.

West Yorkshire Fire and Rescue Service currently operate a Young Firefighters Scheme and the new station provides the ideal space for the scheme to operate out of. The Young Firefighters Scheme, originally conceived in Wakefield, engages with schools and youth groups across West Yorkshire. It has proved highly successful and as such West Yorkshire Fire and Rescue Service wishes to continue the implementation of the scheme in the Killingbeck area.

The target audience for the scheme is young people attending formal education between 14 and 16. The course involves practical lessons in skills such as using breathing apparatus, search and rescue, operating pumping appliances and associated equipment, fire safety awareness and general life skills.