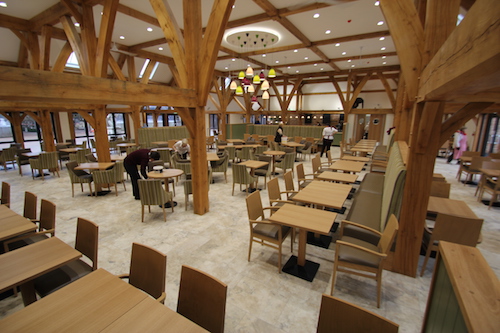 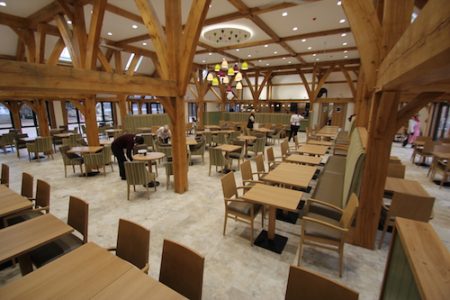 The centre is owned by Tates of Sussex Garden Centres which also own and operate Paradise Park and Mayberry Garden Centre.

Premier Hospitality caught up with Mark Folkes, Director of Architecture at Corner Studio, who acted as the designers during this project. Mark commented:

“We have worked on a number of Tates’ projects previously and this is the continuance of a longstanding relationship. This project initially began because of public interest in the Heritage Centre and the charity work it does with the local community. Members of the public were enquiring about workshops and courses and local craftspeople were asking for a base from which to run demonstrations. The aim of the project was to develop the Heritage Centre, from a museum run solely by volunteers, turning it in to a self-funding business that could be eventually set up as a Community Interest Company (CIC).” 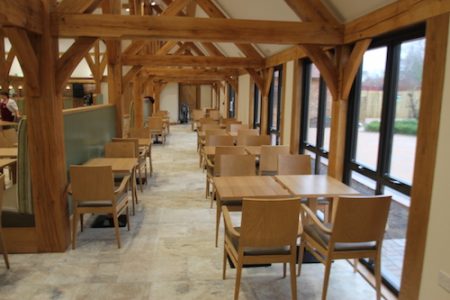 “Jonathan wanted the new Heritage and Craft Centre to continue the community partnership and charitable objectives by merging local community exhibits with local craft studios and food producers. They have been looking for creative businesses wishing to locate in craft studios where artists, designers and makers can produce, demonstrate and sell their work direct to the public.”

Phases 1 and 2 of the new development involved the re-building of the coffee shop, to make way for the new Heritage and Craft Centre, due for completion in 2016. In order to create a new coffee shop and heritage centre at South Downs Corner Studio and main contractors Jurial Construction worked alongside Jonathan Tate to make his vision a reality. Works began on site on phase one of the project in November 2013 starting with undertaking facilitating works for the new structure as well as repairing the site.

The second phase of the scheme began in December last year and saw the construction of first half of the new barn which now houses the new coffee shop facility. The team had to build the new coffee shop whilst the old coffee shop was still running and then upon completion demolished the old structure and transferred all the new facilities to the new space. 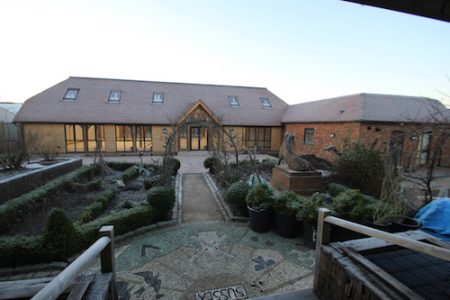 Phase Three involves the construction of the second half of the large barn structure which, upon completion, will contain the new Heritage and Craft Centre. Jonathan Tate has been working with local people in order to encourage small business to run their enterprises from small stalls within the barn in a bid to keep old trades alive and functional.

Works began on site on Phase Three in January 2015, with main contractors Jurial Construction carrying out piling works and laying the foundations for the second part of the barn, which is attached to the coffee shop. The buildings oak frame, supplied by Border Oak, will then be erected and will comprise a mini-market for heritage business, conference faculties, disabled facilities and lift, rooms for workshops, a toilet pod, plant room and mezzanine accommodation.

The design of both of the barn structures follows an oak theme throughout and the building is both rural and traditional. Inside the barn there are lots of oak features and exposed oak which makes it the ideal venue for a practical café area and heritage space. 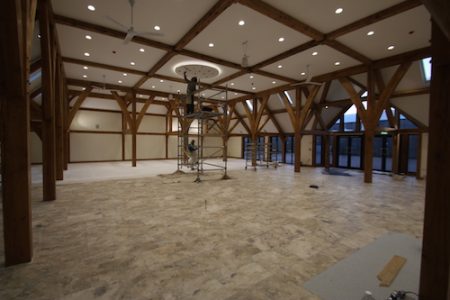 Guests arriving at the main garden centre will head south towards the barn and will reach a large, open courtyard where visitors can sit and relax. The main heritage and craft barn and coffee shop are all housed within a large cavernous barn which spans 50 metres high and provide space for 175 diners.

Walking through the coffee shop guests will see a welcoming garden area with seating and a children’s play area.

The foundations for the heritage centre are currently being excavated and the old coffee shop has been demolished. The oak frame for the centre will be erected following completion of the foundations. The centre will be partially fitted out to enable local business owners to set up their own stall within the barn. 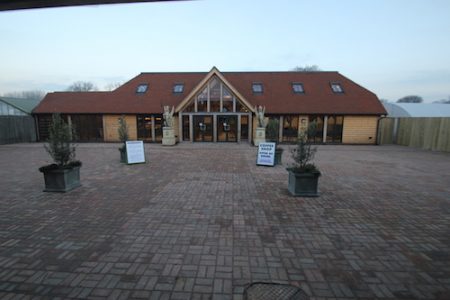 “It has been a great experience to be involved with this scheme. Jonathan has some clear ideas of what he wants and it is great to do something like this for the community and local people. The facility is really good; I don’t know another coffee shop like this! Jonathan is really keen to keep the heritage centre alive and buzzing.

“The builders have been also been great and the results have been fabulous.”