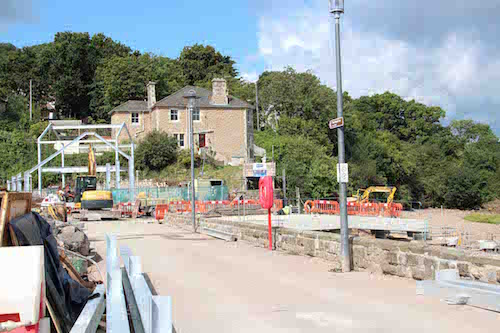 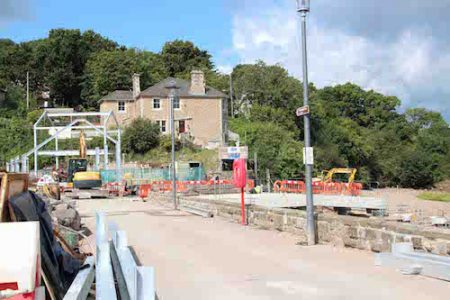 Works by the RNLI to construct a new lifeboat station in Portishead are progressing well and are on track for completion at the end of February this year.

The building, which is now weather-tight, upon completion will comprise a boathouse section to store the inshore lifeboat and launching tractor, as well as modern crew changing facilities and a multi-purpose crew room for operational planning, local training and meetings, toilets, a small workshop and a kitchen area.

‘The building is really coming along now; it is weather tight and we have plasterers, plumbers, electricians, carpenters and floor layers all doing their bit, it’s a lot to coordinate, but we’re making good progress.’

The RNLI are building the new lifeboat station ahead of a formal adoption of The Portishead Lifeboat Trust. Works began mid-way through last year to provide a fit for purpose station with the demolition of the former Masonic Hall on the site.

After internal demolition work was carried out the contractors began demolishing the main structure. Around 3000 bricks from the structure have been recycled to form a new wall access to the Royal Beach. 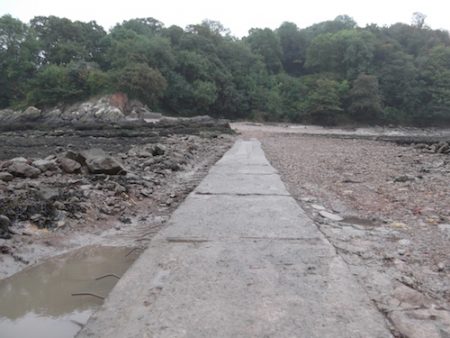 The coping stones on the sea wall where the launch ramp will be built have also been removed in preparation for this part of the project. The team were keen to cause as little disruption to local residents and so all of the works were undertaken with the neighbours in mind.

The foundations for the lifeboat station were then laid and the ground was prepared for the piled section of the boathouse. A ground source heating system has also been installed with two 100 metre deep holes being dug for the pipes to provide a source of heat for the under floor heating. This type of system is ecologically friendly and requires little maintenance in the long term.

Works on the beach, namely the preparation of the ground for the 60 metre launch ramp, had to be planned around the tides. This process was difficult for the on site team as each time the tide came in it deposited water, mud and silt in the foundation rings which then had to be cleaned out prior to work continuing.

The main structure of the lifeboat station, launch ramp, causeway and slipway at Portishead were then built. The access steps to the Royal Beach have been completed and zinc sheets were fitted on the roof above the boathouse section of the building.

The roof section above the crew training room and station office were then slated and the windows were installed with brickwork detailing, in keeping with that of the former Masonic Lodge.

Ekki timber kerbs have been installed on the edges of the launch ramp which is ideal for the marine environment as it lasts for many years with minimal maintenance required. Handrails have also been fitted to the timber kerbs.

Works are progressing well despite the difficult nature of the project and are set to complete on time.