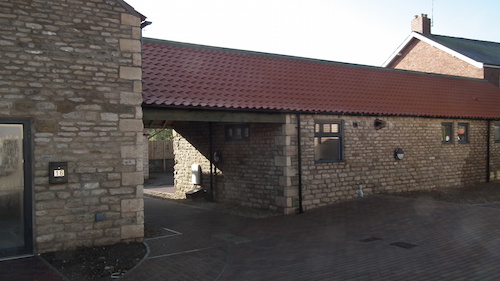 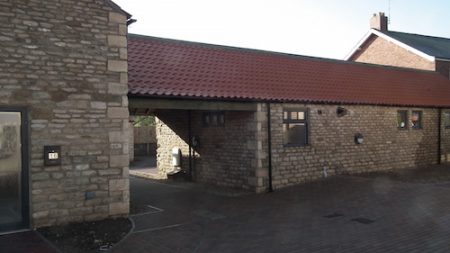 A housing development commissioned by Scarborough Flower Fund Homes has completed with the erection of 20 bungalows.

The houses, which are now mostly occupied, were built to accommodate single occupants, over 55 who had made a significant contribution to the community via their jobs or voluntary roles.

We caught up with Mick Paxton, Director of Mick Paxton Architects, to find out more about the scheme. He commented:

“I was approached by Scarborough Flower Fund Homes, the clients who already have a number of buildings in Scarborough, to tender for the works at Milestone Farm. We tendered for the works in April 2012 and began design works in May of that year before applying for planning on the site.

“The site was previously an old farm and so comprised a lot of old buildings constructed of stone and pan tar roofs. The new barns on the site were made of steel with a corrugated finish and the other half of the farm area was a meadow.”

Mick Paxton Architects worked alongside main contractors F A Stockill & Son to convert the five existing stone and pan tar roof buildings as they were in the conservation area. The buildings of interest have undergone an extensive restoration project involving the removal of their roofs and the demolition of the linked surrounding cowsheds. Some of the building’s walls were demolished and rebuilt because they were falling down and a new roof was installed with a pan tar finish. The buildings were then lined with block work for the insulation and gas boilers and under floor heating were installed.

They then demolished the new structures and refrained from building anything on the meadow due to planning restraints.

15 new bungalows were constructed in line with planning requirements. The planners insisted that all of the buildings looked agricultural and so Mick and his team kept the bungalows based on that finish. The new stone and brick buildings have been completed with timber cladding and pan tar roofs.

The houses, old and new, have been designed around four differently designed courtyards and archways have been installed throughout the site linking from the car park at the front to the five converted buildings at the back of the site.

All of the site’s courtyards and gardens have been landscaped and meadow was turned has been converted into a flower meadow. The site is completely closed off in a bid to encourage no vehicles to use the roadways on the site; there is a gravel path for visiting family or shopping trips but apart from that the site is expected to be traffic free.

A circular seating area in the main courtyard has been installed so that residents can relax and overlook the flower meadow and surrounding views.

The bungalows span 50 square metres and comprise an open lounge-dining area, a kitchen with sliding door facilities, a bedroom and wet room with shower.

The site was completed and handed over to Scarborough Flower Fund Homes in October 2014 which was hard for Mick Paxton having worked on the scheme for almost three years. He commented:

“I had got attached to the site and didn’t want to hand it over when it came down to it. It has been a fantastic project to be a part of and is a really good opportunity for us. It was a nice design to work on and come up with different designs that would satisfy the charity and planning department.”

F A Stockill & Son Builders Ltd specialise in traditional building projects and since their inception over 15 years ago, as a limited company, the firm have undertaken a range of projects including new house builds, commercial contracts and traditional barn conversions, all whilst carrying out many domestic extensions.

Since their inception many decades ago, prior to becoming a limited company, the traditional family run firm have worked with a plethora of private clients, but recently the company worked as the principal contractor on the Milestone Farm scheme on behalf of Scarborough Flower Fund Homes. The company had overall control of the building contract underneath Mick Paxton Architects and the client.

The firm were on site for 50 weeks to carry out the construction of the 20 bungalows and infrastructure.

We caught up with Chris Bell, Surveyor at the company, to find out more; he commented:

“It was excellent to be involved with this project as it was on behalf of the local Flower Fund Charity, who wanted to work with a local contractor like us, to build quality housing for local elderly people. We are a general building contractor local to the Scarborough area and Milestone Farm was one of our bigger schemes with a £1.5 million contract value, we managed the project for the account to come in under the contract value and within the time frame.”

“We pride ourselves on the quality of our build and maintaining longstanding relationships with clients.”