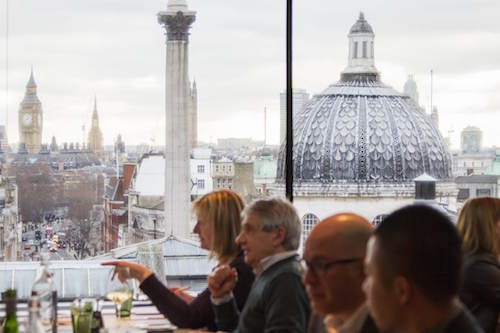 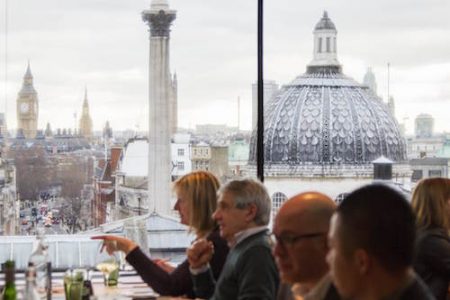 A recent renovation scheme at The National Portrait Gallery has seen the venue’s restaurant revamped to provide a fresher, brighter dining environment for guests.

Premier Hospitality caught up with lead designer on the scheme Linda Turner, Director of Inature Architecture, to find out more about the project.

Works began on site in January this year and lasted just four weeks with main contractors T Gunning & Sons working alongside Inature Architecture and the clients. Linda commented:
“We became involved with the project after being short listed with four other firms; we all went through an interview process, after which the four firms were narrowed down to us and one other. We then presented our ideas to our ‘other’ client, the National Portrait Gallery, and were chosen as the designers from our presentation.” 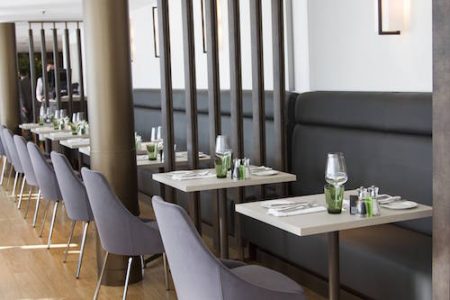 “Our design process only began in November 2014 so it was a compact design timeline, as well as a tight project on site time-wise. The brief we received from the client was to revitalise the existing restaurant without alienating the current client base. The clients wanted to make the space feel brighter, fresher whilst not changing it too dramatically.”

The entry to the dining space has been modernised so that as guests enter there is a more welcoming, open reception area, with a stone and bronze clad reception table which is at a lower, more accessible level.

The bar has been completely re-clad and a new cream stone top has been fitted which creates a lighter, brighter space. A new bar table has also been fitted which utilises space in the room which was previously unused and allows guests to enjoy breathtaking views across the city. The restaurant boasts views stretching from Nelson’s Column in Trafalgar Square down Whitehall to the Houses of Parliament, Big Ben and the London Eye. 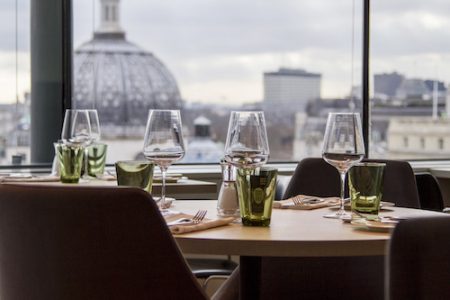 Several screens throughout the dining area have been removed as part of the refurbishment, as they previously restricted diner’s view of the restaurant. The removal of these screens has created a more open space, making the restaurant feel wider and more welcoming. The newly refurbished restaurant still comprises the same amount of covers but in a new, refreshing interior.

The on-site team found the project challenging as the restaurant is located in a Gallery, competing for delivery slots and space as well as keeping noise levels to a minimum. Also ensuring the works were completed within such a short timeframe – of four weeks – was challenging. 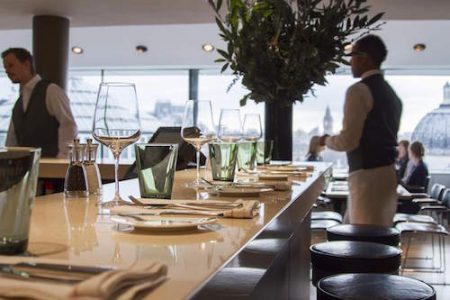 “It has been an interesting project on such a fabulous site with its amazing view. The National Portrait Gallery is a great place to be associated with and we are currently working on other projects with the client.”

Located on the third level of the Gallery diners can peruse the modern menu which features seasonally evolving fresh produce from esteemed suppliers such as Cotswold Legbar eggs, Berkshire pork, Hereford beef and Dorset crab. The restaurant applauds culinary craftsmanship and proudly bakes their own bread as well as capture the best of each season in delicious pickles and preserves. 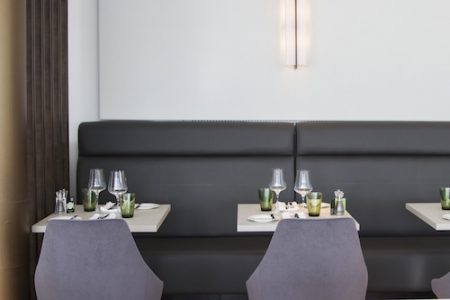 The Portrait Bar is also place gallery visitors can enjoy a glass of wine or champagne, cocktails, beers and bar snacks.