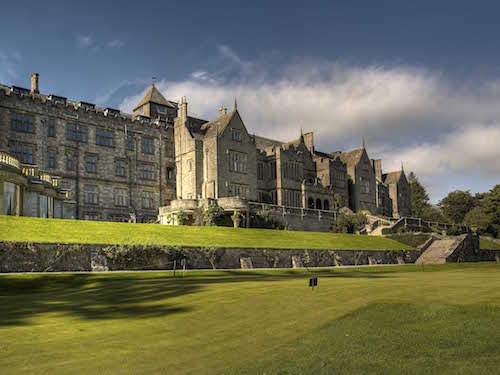 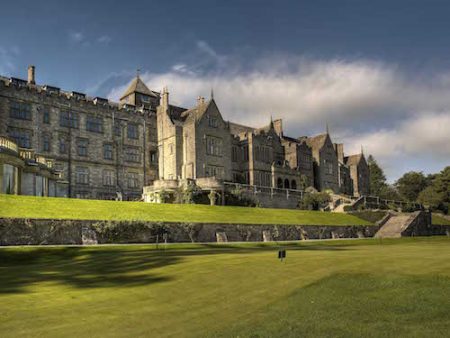 The first phase of a five year renovation project to revamp Bovey Castle, commissioned by new owners Eden Hotel Collection, has been completed.

Under its previous owners the castle had been starved of attention and was in a state of disrepair; as a result Eden Hotel Collection immediately began reparatory works on building in October 2014 after gaining ownership of the iconic structure.

Premier Hospitality caught up with Mark Chambers, Managing Director of the Eden Hotel Collection, to find out more about Bovey Castle. Mark commented:

“We had been looking at Bovey Castle for a number of years and managed to acquire the castle in June 2014. In the lead up to the completion of the acquisition we noted that there were a lot of things that needed to be done and so decided to embark immediately on an entire ground floor renovation.

“Very little money had been spent on the hotel previously and so it looked very tired. Bovey Castle is stunning and needed to be bought back to its former glory but we didn’t want to just redecorate what was originally there, we wanted to make a statement and take the hotel into a new era.” 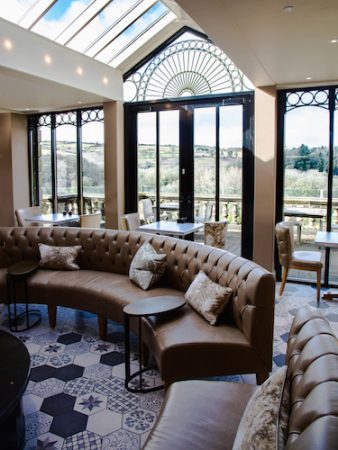 Eden bought the hotel in June last year, planned the refurbishment and started works on the 5th of January 2015. Birmingham based NH Interiors carried out the construction and design services for the firs phase of the project, working alongside Eden Hotel Collections own Design Director Marian Cartter. NH Interiors have worked with Eden beforehand and so this scheme was simply the continuance of a longstanding relationship for both organisations.

The castle is a long, thin building comprising two restaurants and a number of elegant public rooms, bars and a series of lounges with crystal chandeliers, triple vaulted ceilings, massive fireplaces and stone finishes.

The team started works in October 2014 getting the building watertight and undertook works to the roof, the stonework, mullions and guttering. This lasted three months with internal works beginning in the first week of January 2015 where both of the restaurants were closed.

The hotel’s former Edwardian Brassiere has now been transformed into Great Western Restaurant. The space has been completely gutted and a new champagne bar has been introduced, along with new panelling and drapes. A new lighting scheme adds a sense of ambience to the room as does the luxurious soft furnishings. 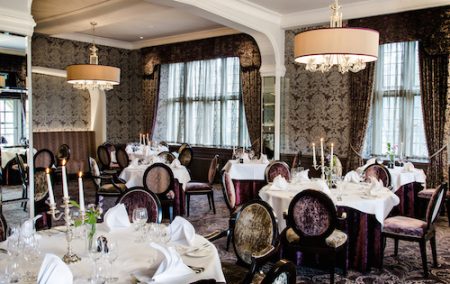 At the other end of building the hotel’s former bistro has been re-launched as Smith’s Brassiere. The W H Smith family formerly owned Bovey and so the new restaurant nods to the castles rich heritage. Smith’s boasts an impressive fire pit in its centre, child friendly areas, cosy corners for couples, soft flooring area, a theatre kitchen and a chefs table.

As the hotel has remained operational throughout the project, which completed in Easter 2015, the team have had to take over specific areas of the hotel, isolate them and carry out the refurbishment without too much trouble.

“Operationally the refurbishment project has been a big challenge but the relationship between the main contractor and our team has been integral to managing the works successfully. There have been no noisy works before 8am and after 4pm and isolated specific works to certain areas of the hotel so as not to disrupt guests.

“We also had to take bedrooms off the market as they were above other rooms being worked on. Dust has been an issue because of the works and so housekeeping has had to pay especial attention to this. We were honest with customers and told people in advance about the works that would be going on so it wasn’t a surprise when they arrived.” 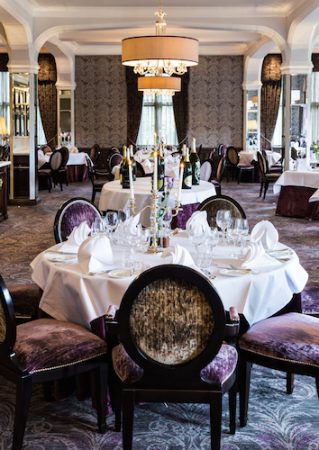 There are 65 bedrooms in the main house and 22 lodges within the ground, a fully operational spa comprising six treatment rooms, a relaxation space and reception area, and a golf course in the grounds. During the works the spa facilities have been relocated to a lodge, as a temporary measure as the team also plan to refurbish the spa as well.

Mark explained how this first phase of refurbishment at Bovey Castle is only the start of a process that is set to last five years. He added:

“The ground floor project we have now completed if just the initial investment into Bovey Castle. The hotel is an iconic structure and it means a lot to Eden Hotel Collection to be managing this hotel from now on.

“We now plan to renovate the hotel’s bedrooms and bathrooms in the main house, then move on to the lodge investment programme, as well as introduce a boutique shop within the hotel. We plan to invest in the golf course as well as in the normal maintenance works on the estate.

“In order to compete on a level playing field with our competitors we need to transform Bovey into the iconic castle it used to be.” 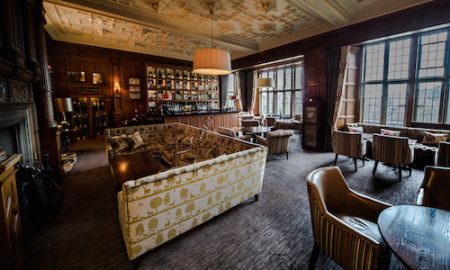 Working on the Bovey Castle project, ceramic tile specialists Marca Corona supplied a range of tiles from the company’s Terra collection, which have aided in the refurbishment. Founded in 1741, Marca Corona offers a comprehensive and varied range of ceramic tile products, designed to add style to both residential and commercial areas, either indoors or out, so were the ideal choice for the project.

“Contributing to the success of such an important refurbishment by making our state of the art solutions available to NH Interiors, confirms Marca Corona as reliable partner for all strategic and exclusive projects.” 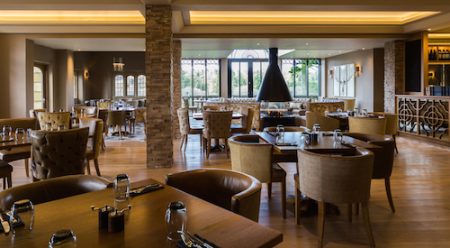 NH Interiors Ltd specialise in the delivery of hotel refurbishment projects, particularly of listed properties and buildings of historical interest. The practice has been established for twenty five years, during which time, it has worked on many prestigious projects, both in the hotel and gaming industry.

Clients include many of the hotels in the Exclusive Hotels portfolio, including Lainston House in Winchester, South Lodge in Sussex, The Manor House in Castle Combe and Pennyhill Park Hotel in Surrey. Most recently the practice has been involved with Eden Hotel Collection’s Bovey Castle.

“This is the third major refurbishment project we have carried out for the Eden Hotel Collection. In 2010, we totally remodelled and refurbished the Arden Hotel, Stratford-upon-Avon, creating a forty five bedroom, four star hotel. In 2012, we totally refurbished the Grade II Listed Brockencote Hall, a gracious country house hotel in Chaddesley Corbett, near Bromsgrove. In August 2014 we were appointed to refurbish the public areas at Bovey Castle, which included major redevelopment of the restaurant and the brasserie. 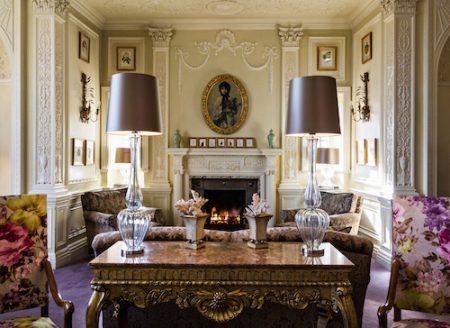 “As interior designers working with Eden Hotels’ creative designer, Marian Cartter, our responsibilities are all encompassing. We have reconfigured the restaurants, created design schemes for the entire ground floor, procured all fixture and fittings, project managed the contractors and suppliers and carried out the installation of all fixture and fittings.

“Bovey Castle is undoubtedly one of the premier resort hotels in the UK, located in idyllic countryside it is destined to be one of the finest hotels in the South West. It was a joy and a privilege to bring this magnificent property back to grandeur, whilst still retaining the relaxed environment for which is it renowned.”

“We are a small practice, and we all work on every project. We pride ourselves with our attention to detail and our friendly flexible manner.”