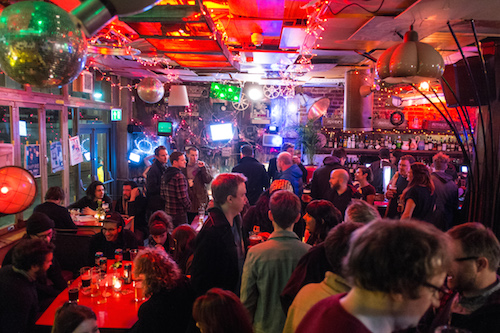 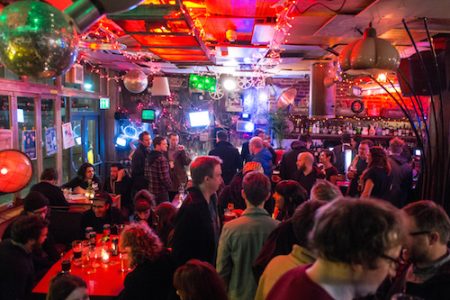 With a dramatic new look, stunningly different and bursting with quirky character inspired by travels in Eastern Europe, Brighton’s Hope and Ruin Pub has a brand new lease of life.

A popular local venue for live bands, the pub on Queens Road has undergone a transformative refurbishment, masterminded by new manager Sally Oakenfold – and all with not a tin of magnolia in sight!

Originally known as The Hope, the venue also extended its name, in a decision which was was partly practical – with such a big outside wall, it made sense to make the name longer – whilst also underlining the new look.

So what’s changed? Sally Oakenfold takes up the story: “Ask any of those helpful property programme presenters and they’ll tell you – keep things neutral, keep things tidy. But surely we’ve had enough of that dull order now. It’s time for character. 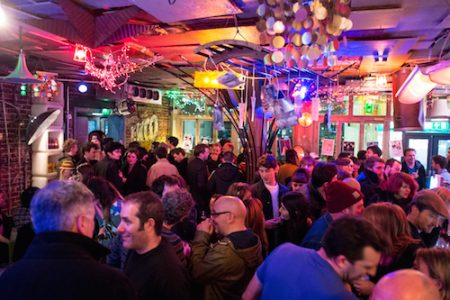 “Character is wear and tear, it’s cramming a room with things you love, character is chaos. And that’s exactly what you’re going to find in all the old things at the new Hope & Ruin, after the refit/teardown of the much loved Hope pub.

“Following our re-opening on Thursday 12th February, there’s a huge list of improvements, including an increased capacity for gigs upstairs, a full food menu, an expanded range of craft beers, brewery fresh lager, and a very different new look that came from the team travelling in eastern Europe where bars are frequently cobbled together out of reclaimed spaces using anything the owners can get hold off.

“With that feeling in mind the magnolia has remained in the tin, in favour of leaving the chips in the old, well-used paintwork and exposing the age of the worn wood. The effort instead has been put into ingenious use of found objects to make the bar look like nothing you’ve seen before.

“There’s so much going on that you might miss some things on the first visit, but some of the reclaimed objects are so big you could literally live inside them. 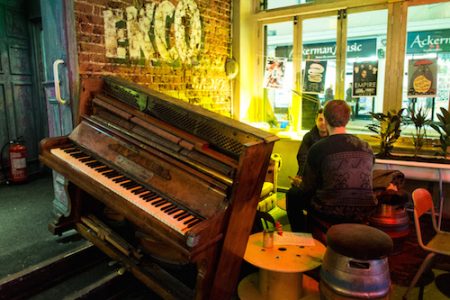 “The venue upstairs has become a much more practical live music space from simply moving the bar to the back of the room. That’s considerably more easily said that done, by the way. The stage is higher (and larger), the air-con more powerful, the bands bigger, the programming more dynamic.

“Unmissable gigs like The Strokes, Adele and Bonnie Prince Billy (who have all played in the venue) are only going to increase. The support of the local music scene will remain, as well as making space for upcoming acts like top-selling songwriter George Ezra and 2015 BRIT Award Critics’ Choice winner James Bay, who both played in 2014.

“For the first time there’ll be a full food menu of interesting dishes, including vegetarian and vegan options, Sunday roasts and an express menu for punters attending shows upstairs.

“Of course there’ll be DJs at the weekend and acoustic evenings, but there’ll also be nights for zine-makers, writers and artists.

The Hope & Ruin is completely unique, and one of the most visually arresting bars you will ever drink in, certainly in Brighton, and the venue has taken a big step up.” 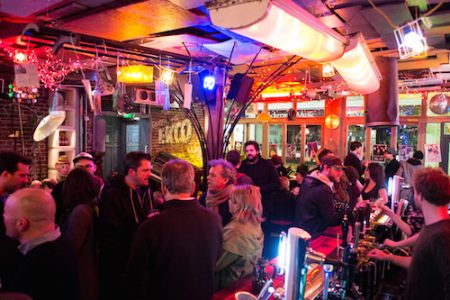 In redesigning The Hope And Ruin, Sally Oakenfold has tried to both look back to the venue’s own past and add a sense of fun with some distinctive details – ranging from a new kitchen in the back end of an old caravan to a wall of vintage televisions and tape recorders alongside the old jukebox.

Even the menu is different and includes poutine – a Canadian dish of chips, gravy and curd cheese which is very fashionable in London. There will also be hot dogs and other street food, with lots of interesting vegetarian and vegan options.

On the stairs up to the venue there is a carving on the wall directing people to “The Swiss restaurant” a throwback to when the building was known as The William Tell. In previous lives The Hope And Ruin has also been known as the Polar Bar Central, The Pig And Paradise and The Lift.

The project was carried out by Barracuda Shopfitting, working alongside Pete Bennet of The Laine’s Pub Company. Barracuda specialise in creating interesting design-driven spaces for the licensed trader, offering a complete project management service which draws upon 20 years of experience in the industry. 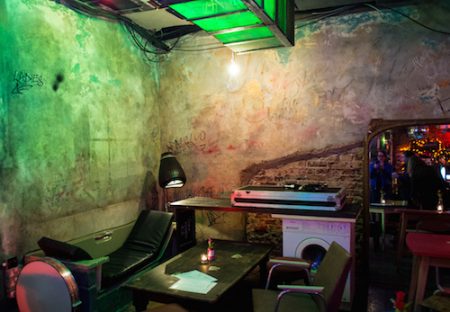 “With The Hope, we were involved from the outset, refurbishing two second floor flats, reconfiguring and increasing the capacity of the first floor music venue. We also produced an edgy ground floor bar from a series of mood board pictures and passionate verbal explanations from Laine Pub Director, Pete Bennet.

“The project was stylistically the first of its kind in the south and it is always great to be involved with a pioneering concept, making the vision come to life.”