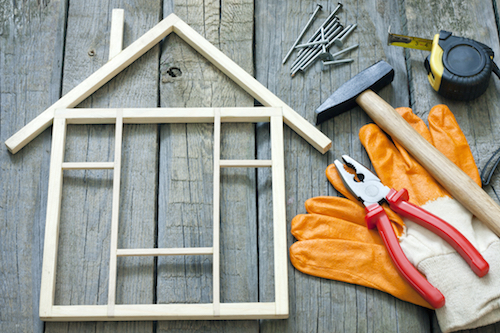 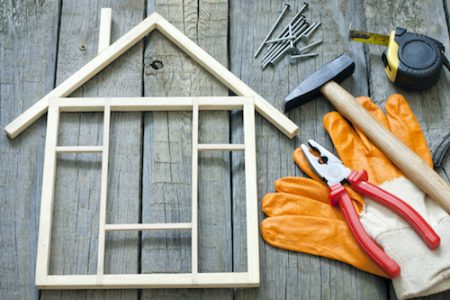 The first phase of a social housing development including homes designed to help tenants who want to move to smaller properties because of the bedroom tax, is nearing completion at Marigold Close and Honeysuckle Close in the Gurnos, Merthyr Tydfil, South Wales.

The project, involving the construction of 21 homes, is being carried out for Merthyr Valleys Homes. The successful contractor, WK Plasterers started on the 24th March 2014, with completion scheduled for the end of April 2015. Architects for the scheme are Stephen George Architects.

Gary Colston of Merthyr Valleys Homes said: “10 of the properties are for tenants wanting to downsize because of the bedroom tax and this element of the scheme was funded by the Welsh Government’s Smaller Homes Initiative, with a Welsh Government Social Housing Grant funding the remainder.

“The large scale demolition of flats was carried out at the site 15 or 20 years ago, so the homes occupy a brownfield site, with the development utilising an existing road with bungalows on one side. All of the houses will have front and rear gardens and the flats will have a car parking ares.

“The homes are of steel frame construction using the KEEBS system, which was developed by Kathrens Holdings, the holding company of WK Plasterers. This system is new to us, but we used it due to favourable feedback from other housing associations.”

All of the homes comply with the Welsh Government’s Development Quality requirements covering space standards, accessibility, energy efficiency and security.

The next phase of the scheme, also being carried out by WK Plasterers, has just commenced and includes the demolition of the old Honeysuckle flats on the site, which have been used for alternative purposes other than housing in the last few years, including accommodating a creche which will move to better premises.

This phase will provide a further six two bedroom houses.

“The contract is going well and I think our faith in the contractors has worked well for us,” said Gary Coulston.

Merthyr Valleys Homes was established in 2009 as a result of tenants voting in favour of transferring their homes in to a new not-for profit organisation with charitable status and now owns and manages around 4,300 homes in Merthyr.

Kathrens Holdings was formed in 2007 as a holding company for WK Plasterers Ltd and it’s associate company, Carbis Properties Ltd. WK Plasterers Ltd was set up in 1971, providing operatives in the volume new build sector.

The group has then developed further by adding the subsidiaries, KEEBS & Carbis Partnership Homes.

Through recent years the company has pushed into new areas of trade with a key emphasis on the enhancement and upgrading of traditional build systems by using novel and innovative solutions.

All operations are orchestrated from their head office based in Pontypridd South Wales, and the group has an annual turnover in excess of £14 million a year and over £6 million of assets.