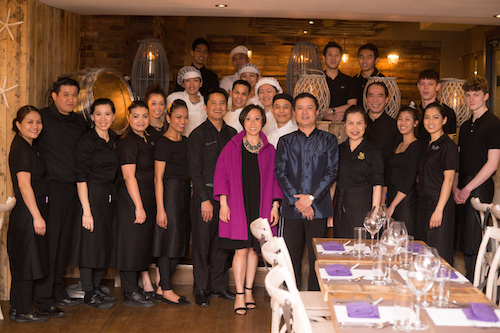 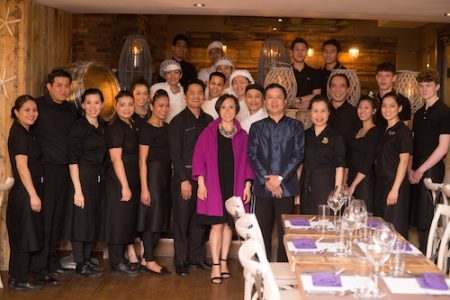 Premier Hospitality Magazine caught up with the owner of the brand Andy Laurillard to find out more about Giggling Squid’s newest additions. He explained that works on Clifton and Salisbury began on site in December last year and completed in March 2015. 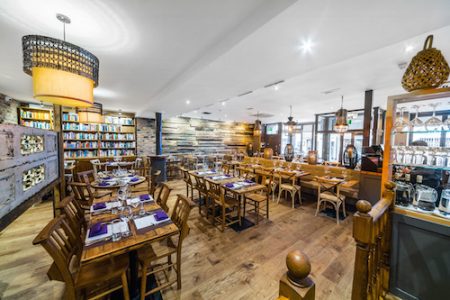 The Thai eatery is aiming to open six sites this coming year and Salisbury and Clifton mark their first attempts to expand. The Salisbury branch is located in the centre of the town close to the shopping centre and sits on one floor, boasting 150 covers.

“We have taken our contemporary, casual, recycled, accessible style and put it into these new branches. In the Salisbury branch we have not moved anything around as we didn’t feel the need to reorganise the space because there was so much room already. We have just changed the décor and furniture.

“At the Clifton site we were more constrained for space and so had to reorganise the space to create room for 100 covers. It was great for us to pick up these two sites, especially Salisbury which is our biggest site yet.” 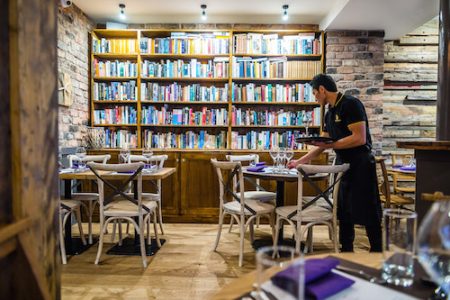 We also caught up with John Taylor, the Managing Director of main contractors J & J Shopfitters, to find out more about their involvement with Giggling Squid. John explained:
“We became involved with Andy after a friend of mine gave him my number to do some work on a property he owns. We did that and then did an extension on Andy’s house and that’s when he asked me if I would be interested in working on the first Giggling Squid restaurant.

“That was three and a half years ago and we have had a great working relationship with him since them.”

J & J Shopfitters have undertaken total fit outs for all of the Giggling Squid sites to date. John explained that some of the sites have been challenging but due to the repetitive nature of the works his team are able to complete sites with little complication. 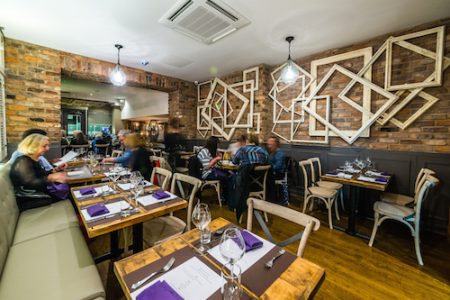 “The more sites we work on for Giggling Squid the more experience we gain and so we become more used to the brand, its colour schemes and waiter stations. As all of these features stay the same at every branch we are able to work independently throughout most of the projects.

“We had to undertake some unexpected drain works at the Clifton site as the existing drains weren’t functioning. During the first downpour the ground floor of the restaurant was flooded and so the team had to take up the existing floor, redo all the drains and lay a new floor.” 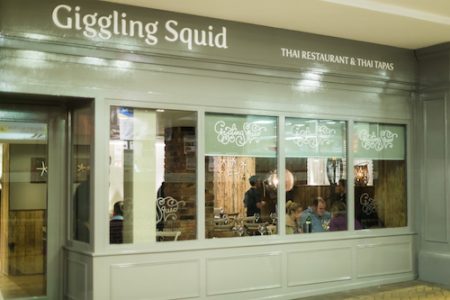 During the design and construction of the Clifton and Salisbury sites John and Andy had site meetings to discuss where the waiters stations are best placed, as well as look at how the sites can be improved. The team see if any more toilets facilities can be installed and if the kitchen can be extended in order to provide the largest cooking area as possible.

John told us it means a lot for him and his company to work with Giggling Squid. He added:

“I have just picked the keys up for a new Giggling Squid in Guildford and so our working relationship with them is continuing. It is very important for me to be involved with Andy; we have a very good relationship with him as he is a great guy to work for. He knows we would always go that extra mile to get his restaurants open and completed on time.”