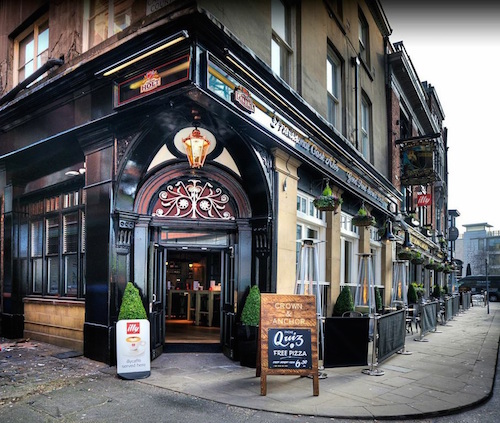 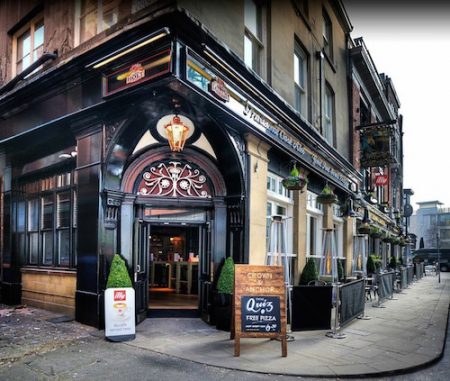 A transformed interior is the new jewel in the crown for Manchester city centre pub the Crown and Anchor in Cateaton Street, which has reopened after two months of refurbishment, and is now sporting a dramatically different new contemporary look, changed almost beyond recognition.

design306 were the project designers, working with main contractors Medlock.

Gone are the drab manila walls and hidden vault. The re-design of the Joseph Holt pub features a brand new layout. The pub now has a more welcoming, open plan interior that still includes a few secluded tables for those looking for a quiet drink or more privacy.

With the new layout came an all-new cocktail bar, top of the range cask dispense equipment and a glass fronted wine room located behind the main bar. The old vault was brought back to life and has already been aptly named ‘The Whisky Room’ with its back bar flaunting a 26 strong whisky range. 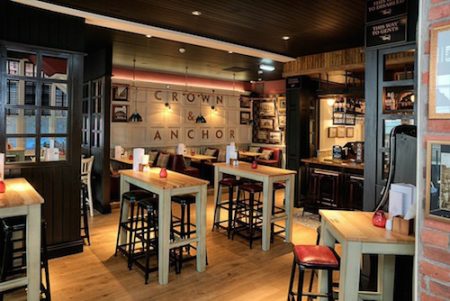 Key features of the new design include touches of exposed brick, cosy booths, sociable tall tables and walls decorated with a gallery of photos honouring old Manchester. All of which creates a pub that exudes a welcoming, easy-going atmosphere.

The project included a full strip-out of the existing facilities, and minor structural alterations, as well as the creation of a stylish and eye-catching interior trading space.

At the front of the building, new full height windows were manufactured and installed by Medlock’s, while the 18th century façade received a facelift to accentuate its historic features.

The pub has also introduced a new menu, offering a variety of pub classics as well as pizzas from a new stone baked pizza oven located on the far side of the bar, where 12” cooked to order pizzas are served all day every day. The Crown and Anchor also offers a delicious new breakfast menu that is available every day until noon. 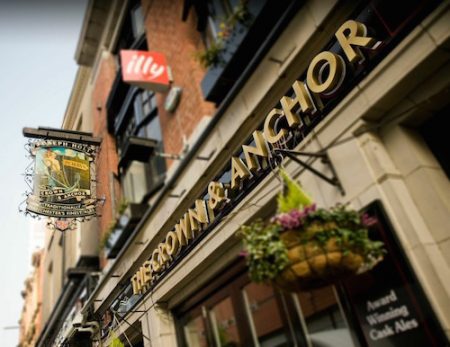 The drinks offering has something for everyone as well, from 8 keg lagers, 6 cask ales, over 23 different beer bottles, cider, a premium spirits range, whisky and cocktails

The result of the 6 week project is the impressive reinvention of a pub at the heart of Manchester city centre’s vibrant social scene.

The Crown & Anchor is popular with families, groups of friends and the business community and serves food in a warm, welcoming environment, maintaining the long-held attributes and character of Joseph Holt pubs. 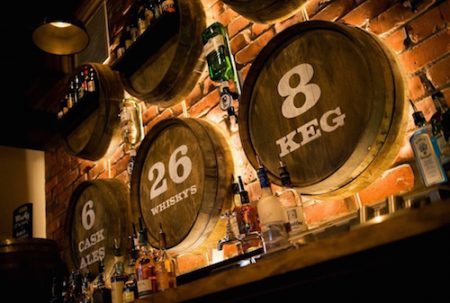 Established for over 160 years, Joseph Holt have been brewing at the same brewery since 1860, so every day they are reminded of the values and beliefs held by the man who set up this brewery in central Manchester.

This experience, passion and drive, influences everything that the brewery does.

According to the brewery: “We like to think that if Joseph was about today, he would be pleased with the progress and proud that his stamp is still very much on the brewery. 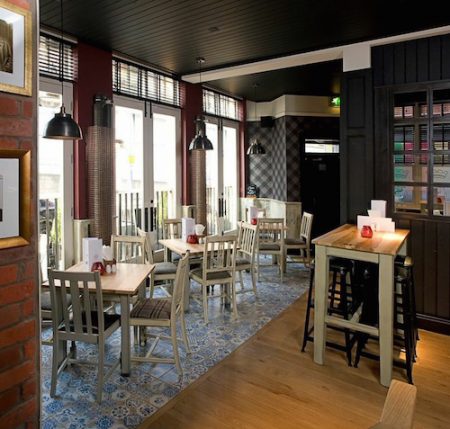 We are incredibly proud of our rich history as an independent family brewer based in Manchester.”

design306 is a small design practice providing, architectural/interior design services across a range of projects, from the leisure industry, domestic clients and commercial projects.

design306 has been in operation for more than two years and conducts work across the whole of the UK. Within this time design306 has provided services for a wide range of clients, including the family-run brewery joseph Holt.

design306 has been the leading designer on a variety of refurbishment projects for Joseph Holt over the last couple of years, these projects include, The Ape & Apple, The Melville, The Fiveway’s, The Griffin, the former Cheadle Hulme pub now known as Platform 5 and most recently, the Crown & Anchor in Manchester City Centre.

“l became involved with this particular site due to my work on previous Joseph Holt sites, including The Ape & Apple, Manchester city centre, The Fiveways (Stockport), The Melville (Urmston), The Griffin (Heald Green), Platform 5 Cheadle Hulme and of course The Crown & Anchor. When Joseph Holt asked me to get involved I was more than happy to be a part of this project. I have developed a good working relationship with Joseph Holt and this is something that l value.”

“At design306 we always strive to leave the client with a refurbished interior that both the customers and the client are happy with.”