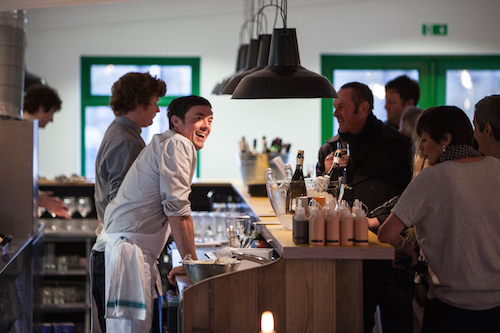 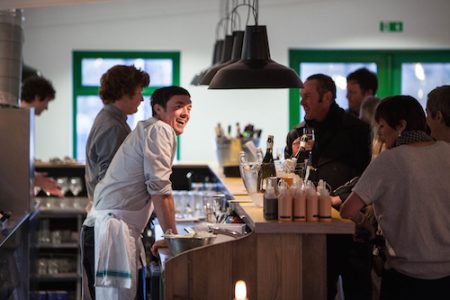 The restaurant-come-takeaway harks back to the traditional British fish and chip restaurants of the past with a modern European influence on the menu, carried over from Eric’s two, three AA Rosette restaurant.

The venue champions the best of British ingredients using local potatoes for the chips, cooked in beef dripping for maximum crunch and traditional taste. Seasonal, sustainable fish is also served beer-battered to ensure lightness, crunch and that iconic British flavour. 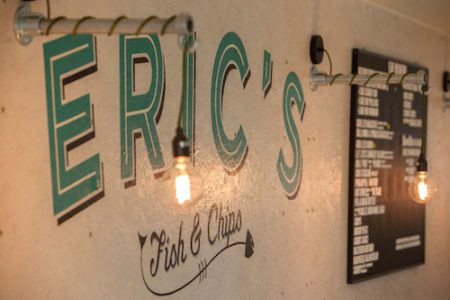 “I have been working with Titchwell Manor for three years remodelling it; so far we have revamped the bar, restaurant, lounge, and eight bedrooms. Eric’s Fish & Chips was a difficult building to work with as it is located in a centre with retail units.

“However we have managed to create a bright, 35 cover restaurant area which offers diners the chance to sit in or takeaway.”

The design process began in January this year and after the main contractor, James Herring, had completed their works, the six week fit-out process began. 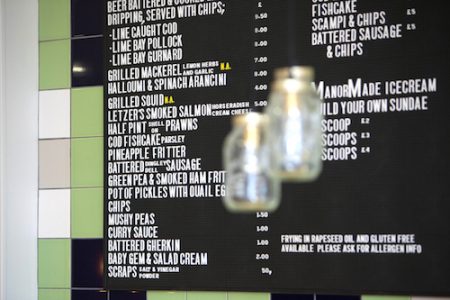 The feedback so far has been great, Shaun added:

“The restaurant fits in well with the hotel brand and is another step in the right direction for the North Norfolk coasts with Norfolk becoming the equivalent of the Hampton’s to London.

“This project is very important to me to be involved in as I like a creative challenge. As a small company it is important for us to get along with our clients and I like Eric and his attitude to things very much. Logistically this project was hard for us to manage, however it was very rewarding and allowed us to promote our work in an area where we aren’t well known.” 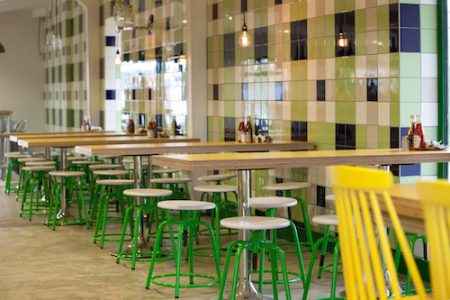 A menu of homemade ice creams is also on offer including flavours such as baked white chocolate & honeycomb; and apple crumble – made from Drove Orchard apples. 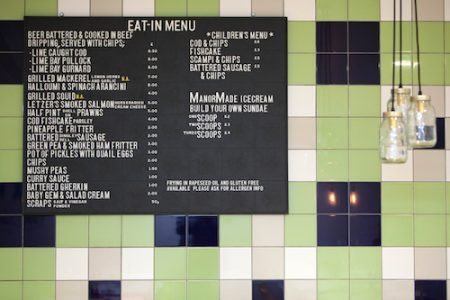 KFE Ltd was formed in 1996 as UK agents for the Kiremko brand, supplying mainly into the fish & chip market. Kiremko are recognised as the leading frying range brand throughout Europe in both volume and technology.

In 2007 KFE established the first, and the only, nationwide service cover with fully trained and qualified engineers, giving an unrivalled after sales response. In 2008 KFE moved to new, larger premises with modern offices, a workshop and warehouse storage, and in 2010 invested £100,000 in developing an on-site training facility, The School of Frying Excellence, formally establishing both KFE and Kiremko as the market leaders.

“We are proud to supply each and every one of our customers, but over the years our quality, technology and unrivalled after sales service has been recognised by numerous major operators both in the UK and Europe.”

The firm have worked with a plethora of clients including Wimbledon Lawn Tennis Club, Rockfish, Porsche, Mercedes-Benz , Allianz Arena- Munich, London Fish and Chips. KFE are also proud to have supplied the majority of Fish and Chip Shop of the year winners.

“KFE are delighted to supply all of their customers but it adds even more importance when either the person or business is already recognised as it is indeed with Eric and Titchwell Manor which adds to the prestige.

“KFE’s unrivalled quality of equipment and quality of after sales service which are the reasons why many top customers choose KFE.”