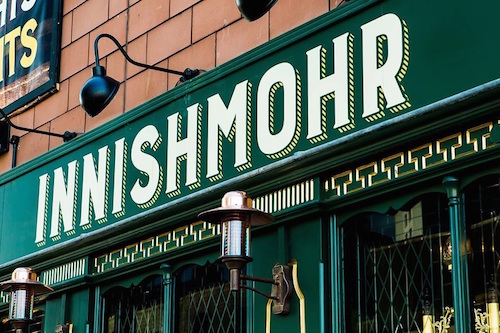 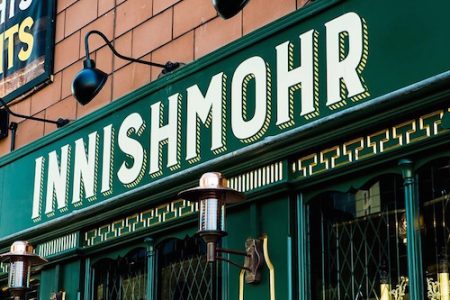 Completely re-branded and refurbished with a stylish, contemporary look, yet retaining its distinctive character, the Innishmohr Bar in Coatbridge has recently re-opened following a fast track project which has resulted in an impressive transformation.

The five week project was carried out for Manorview, a multi-million pound group including hotels, pubs and nightclubs and owned by Steve Graham. The Innishmohr was his first venture into the licensed trade.

Designers for the project were Space I.D., with Frank Adams Contracts as main contractors – both of whom have a long established working relationship with Manorview. “The main contractors did an excellent job and the client is very happy,” said Mike Simmons of Space I.D., who have carried out at least six other projects for Manorview. 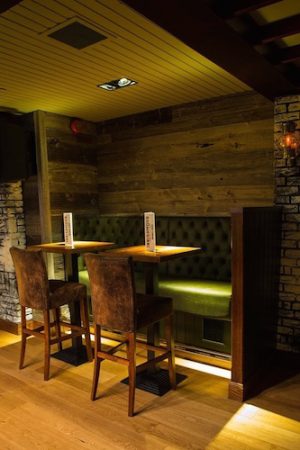 The works were the first to be carried out to the pub in 10 years – so the refurbishment was much needed to refresh the venue, which had become a little dated.

Externally, the pub has been re-branded with the introduction of a new name, style and hand painted pub sign, the frontage has been painted dark green and the steps leading to the bar have been re-tiled. The original leaded glass windows were replaced with modern leaded glass windows in a more contemporary style in keeping with the re-branding, new brass lighting was installed and new door furniture was fitted.

Internally, new lighting around the window reveals creates an intimate atmosphere which is further enhanced by new ceiling lighting designed to focus light on the table tops. A further feature is the lighting around the bar in the style of old nautical safety lamps.

The bar has been retained in situ, but has been repainted and enhanced with the addition of brass detailing including a new handrail and footrail. New lighting has been installed to the back bar gantry, with ship’s rails detailing being added to the dark green wooden shelving. 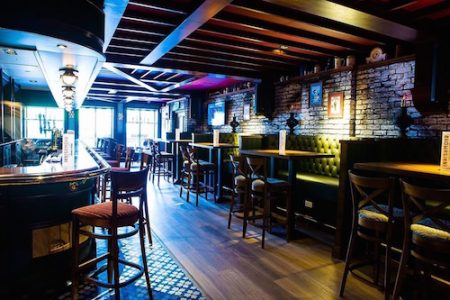 The interior was fully re-decorated, new decorative sections of timber planking were added to the walls and new doors were fitted throughout. “There was also a lot of exposed brickwork in the venue, but this was quite plain and new-looking, so we gave it a specialist finish to create a more rustic feel,” said Mike Simmons of Space I.D.

Three new seating booths on a raised dais were installed opposite the bar and a new DJ console was also added.

The bar’s snug area features a combination of leather and fabric upholstered wing-backed chairs and a low table and there is also a sports area with a large flat screen TV and a pool table. 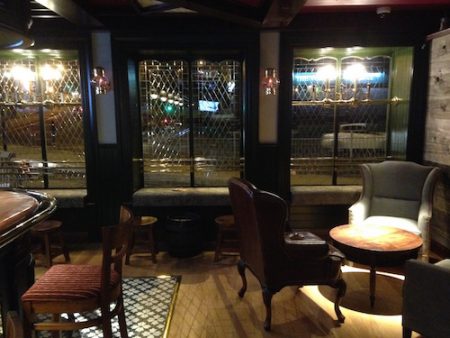 The toilets were completely stripped out and refurbished, including the installation of new fixtures, fittings, plumbing, lighting and decor.

A new hot air ducted heating system was also installed and much of the wiring was replaced.