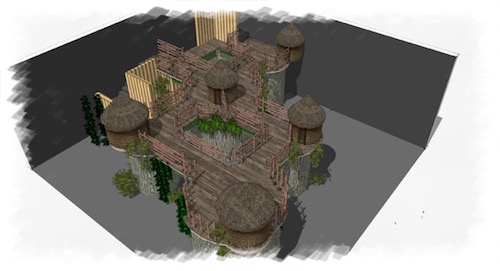 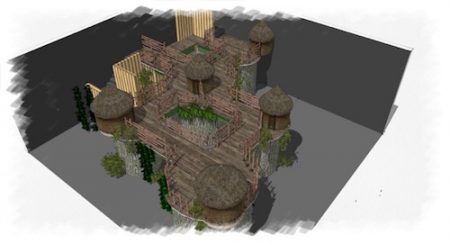 This December, Manchester will be transported to a galaxy far, far away, with the arrival of For the Love of the Force – a Star Wars extravaganza unlike any other.

The event promises to be the UK’s biggest independent Star Wars convention and will allow fans of the most famous sci-fi saga to come face-to-face with an array of pop culture iconography, including a full-size Scout Walker, Luke Skywalker’s X-Wing (RED 5) and the Mos Eisley Cantina.

The Mos Eisley Cantina – seen in Star Wars Episode IV: A New Hope (1977) – is being expertly recreated so that it matches up accurately with the film’s famous space bar. The structure will include a variety of weird and wonderful creatures, including the Max Rebo band, and will even showcase the famous booth where Greedo and Han Solo had their notorious shoot-out. If you’re not familiar with the scene, it didn’t end well for Greedo.

Other highlights of the event will include Jabba’s Palace, which is being constructed alongside a custom-built Jabba the Hutt puppet, and the Dagobah System – home to Jedi Master Yoda. 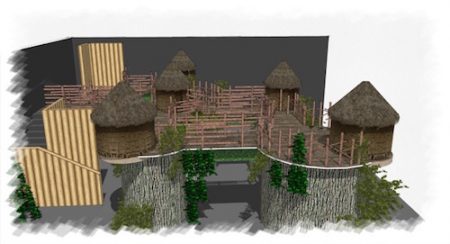 Keen to find out a little bit more about the construction behind the event, Premier Construction recently caught up with Andy Kleek, Managing Director of For the Love of the Force. Andy gave us a rundown on the project, including an overview of what visitors can expect to see, and he also provided us with a few insights into what it takes to construct a full-size Scout Walker.

What inspired you to create this event?

“Myself and my business partner Carl Whiteley are keen Star Wars fans, we love Star Wars, which is why we named the event For the Love of the Force. I’m a vintage toy dealer by trade, selling Star Wars toys and this is something I’ve been passionate about for the last ten years. I met Carl around a year ago; he mentioned to me that he wanted to organise a Star Wars event, where we construct all these different elements and I wanted to do it too. So we teamed up and moved forward with the idea. We wanted to make this a special event and that’s what we are working hard at now.”

What can visitors expect to see at For the Love of the Force?

“Well, to begin with we have a full orchestra playing Star Wars music and we have built a full-size Jabba the Hutt. He is 16ft long, 8ft tall, he moves, his eyes work, he breathes, he looks as good as you would expect and he’ll be the only one in the UK.

“We are building a 39ft X-Wing – using references from the original models that were created by Industrial Light & Magic – and we are also in the process of constructing a 6.5 metre high Scout Walker. The Scout Walker is a bit of an engineering feat, mostly because it stands so tall. We have had CAD drawings made up to aid with the construction of the Scout Walker, so we are really taking the time to make sure we get this right. 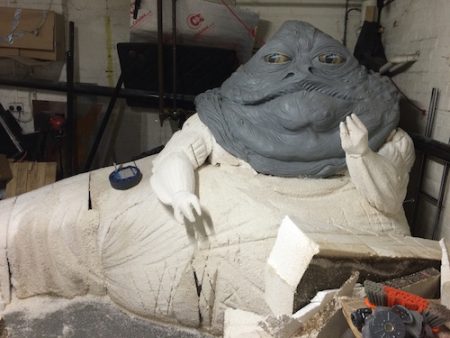 “We’ve got the Dagobah system, complete with Yoda, and we are even building an Ewok Village, which – along with the Scout Walker – will form part of the Endor battle scene as seen in Return of the Jedi. Visitors will be able to explore the village and it will of course include Ewoks.

“Oh and we are also building Mos Eisley Cantina – which will be the only attraction to open ahead of the event – and will be just like it is in the film.”

So, with a full-scale Ewok village, the Mos Eisley Cantina, the Dagobah System and many other iconic locations from the Star Wars Universe, how difficult was it to choose what goes into the event and what gets left out?

“Believe it or not we aren’t making any money on For the Love of the Force, we just want to create an event which is absolutely amazing and is something that people will love. As long as we can put on a spectacular event that’s all that matters really.

“With this project we are working closely with Bowlers Exhibition Centre in Manchester. They’ve been great and have provided us with the space to build all of these wonderful aspects of the Star Wars Universe and this is something we are very thankful for.” 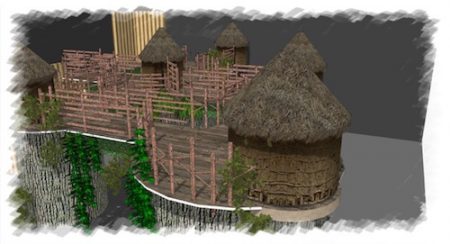 How is construction work coming along?

“We started work at the beginning of the year and it continues to shape up nicely. We have regular meetings about the props, to make sure everything is just right, and that keeps us on track. It’s been a long project, but we’re really enjoying it.”

What has been the biggest challenge on the project so far?

“One of the biggest challenges has been commissioning the props. The vehicles and locations of the Star Wars Universe are not something you see every day, so we really had to shop around to find the right people for the job, which took around three months.

“But we have the correct people in place, and we’re very happy with the results. We’re now concentrating our energies on the production side of the event. We want to make sure everything runs smoothly on the day.” 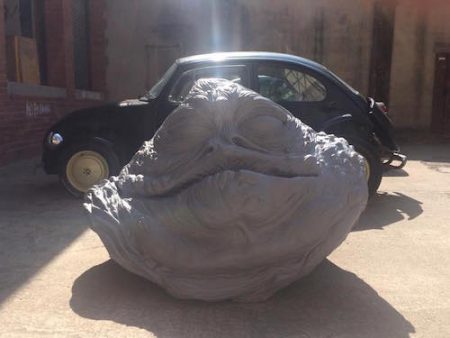 Constructing all the different facets of the Star Wars Universe sounds very exciting. What will this event mean for Star Wars fans?

“I really do believe that Star Wars fans will be blown away by For the Love of the Force. It will be great for children – of all ages – to see a life-size Jabba the Hutt or to be able to climb inside an X-Wing fighter. We want this to be an experience that every Star Wars fan remembers.”

What does this project mean to you and Carl?

“For The Love of the Force means everything to me and Carl. We’ve put 12 months of our lives into this project and we love it. We can’t wait to show everybody.”

And finally – and perhaps most importantly – who is your favourite Star Wars character?

“Boba Fett. We’re getting a Boba Fett outfit and I shall be wearing it. So yes, Boba Fett.” 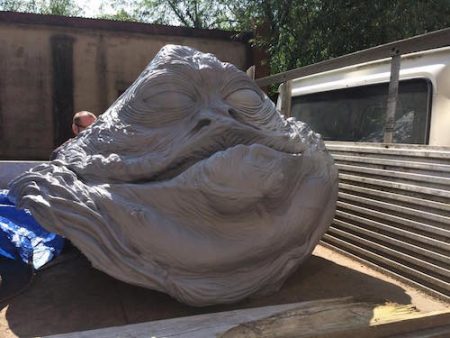 For the Love of the Force runs from 4th December until the 6th December 2015, at Bowlers Exhibition Centre, Manchester. In addition to the attractions, the event will showcase stalls, props and special guests, including Darth Vader actor David Prowse.

For more information about For the Love of the Force, please visit: www.fortheloveoftheforce.com.