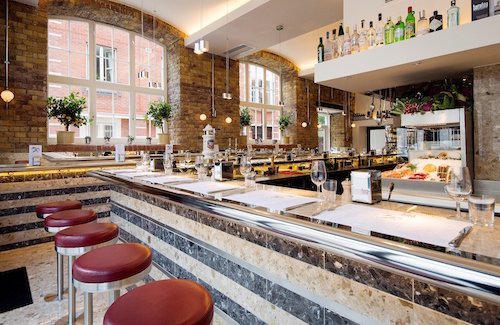 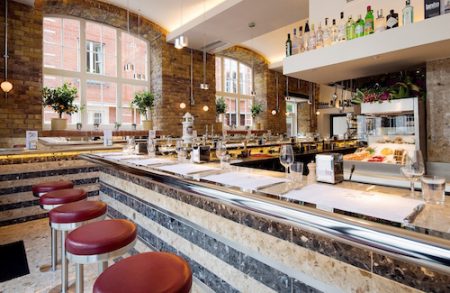 The restaurant – from brothers Sam and Eddie Hart – is the third restaurant in the Barrafina collection and joins sister sites Barrafina Frith Street and Barrafina Adelaide Street.

Barrafina Drury Lane opened its doors in July and serves up delicious cuisine, inspired by the different regions of Spain. What’s more the restaurant also includes a private dining space, ideal for diners who want a more intimate evening.

Such is the success of the Barrafina brand that each restaurant has received rave reviews, along with a few awards. In fact, most recently Barrafina Adelaide Street picked up the accolade of Britain’s Best Restaurant at the National Restaurant Awards 2015. 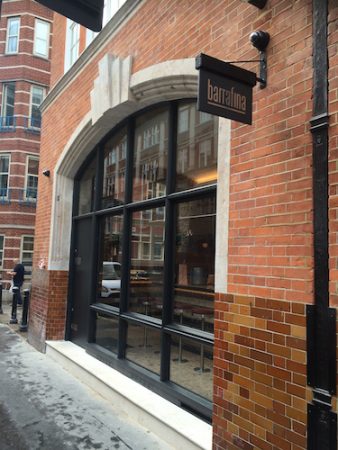 Keen to find out a little bit more about Barrafina, Premier Hospitality caught up with Andy Martin, the Director of Andy Martin Architecture. Andy and his practice have been involved with the design concept for Barrafina since the implementation of the very first restaurant and it is a working relationship which Andy has continued with the latest site on Drury Lane.

“The Hart brothers asked us to get involved in their first restaurant on Frith Street around seven years ago. The brothers already had a restaurant, called Fino, and they wanted to us to work on a small tapas restaurant, based around the Fino menu. So, together with the Hart brothers, my project manager and I flew out to Barcelona for some inspiration.

“Upon our return we came up with a concept, whereby the restaurant would have no more than 25 covers and no bookings. This concept was then developed into Barrafina Frith Street, which had 23 covers and a kitchen which became the heart of the restaurant.” 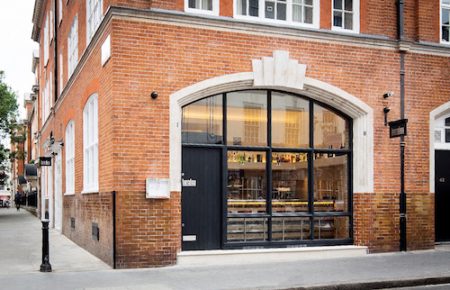 “Adelaide Street and Drury Lane followed and both sites took the concept a little further, moving some of the prep areas out into the back of the restaurant and introducing function rooms along the way. As a result we have had to increase the size of the kitchen, simply because the function rooms add extra covers.”

Whilst each new site has made a few adjustments to the initial design concept, the overall look and feel of Barrafina has remained the same.

“There have been a few slight tweaks to the design, because we want them all to be a little bit different, but mostly the changes are to do with the site. The first restaurant was a simple rectangle shape, whilst the second was in an old Georgian building. Drury Lane is more similar to the first one, but is housed in a Listed building and has a lot more exposed materials, so we worked with this.” 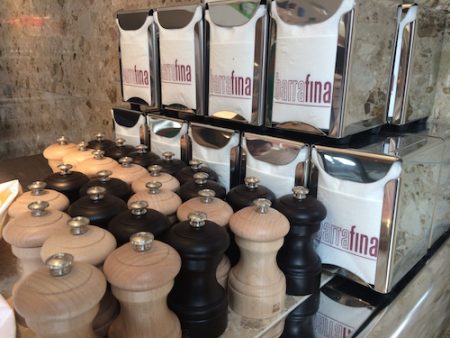 With Barrafina Drury Lane marking the third time that Andy Martin Architecture has been involved with the Barrafina concept, work ran very smoothly without any major problems. However this didn’t mean that the project was not without its challenges.

“Each project is a challenge, and even though Drury Lane is our third site, it was still a complex design. The kitchen in particular was extremely complex; but this was only because it needed to work so efficiently.”

A range of vegetable dishes is also on offer at Barrafina, with the likes of leeks vinaigrette; baby gem, botarga, walnuts, pancetta & manchego; and tomato, fennel & avocado salad on the menu. Meanwhile, for those with room for dessert, a tempting array of treats is available, from the tarta de la casa to leche frita and cuajada.

The Barrafina food menu is backed by a strong drinks menu which includes an extensive selection of wines. Drinks are available by the bottle or by the glass.

Working on the Barrafina collection is very important to Andy, as it allows his practice to continue a strong working relationship with both Sam and Eddie.

“The brothers have great personalities; we’re very happy to be friends of theirs and to be associated with their success.”

Barrafina is open Monday to Saturday for lunch from 12pm until 3pm and for dinner from 5pm until 11pm.

With over 22 years in the trade, Summit Design are market leaders as ‘Experts in Air’ for the world of cuisine with particular expertise in the design, supply and installation of air conditioning, kitchen and restaurant ventilation, plumbing services and controls installations. They know and understand the business of “Air” when it comes to kitchens, particularly those involved in fine cuisine. Supply and extract air plays such an important and vital role.

Where there is a well-known restauranteur or a celebrity chef, it is more than likely that Dave Veysey and his team have had an influence or involvement as one of the south of England leading suppliers in this arena; the rest of the UK doesn’t do too badly by them either.

As a recently completed project, Barrafina, at Drury Lane for the Hart Brothers, the hugely well-known restauranteurs in the Soho area, Sam and Eddie Hart – which follows the already established successes Quo Vadis and Barrafina with Britain’s Best Restaurant and other awards and reviews to their names – Summit Design have played a leading role.

With key influencers in the style of cuisine coming from their early experience working with their father as owner of the Michelin-starred Hambleton Hall Hotel, Sam and Eddie Hart still find there are lots of things to keep learning as they progress their restaurant business. Other significant influences come from their Majorcan mother combined with extensive travels that many will know the brothers are passionate about. Summit Design have therefore been well placed to provide their expert support in creating the best air related ambience and support with this latest project.

As key members of the team helping to create Barrafina, they have been responsible for the design and installation on: air conditioning, kitchen ventilation, kitchen extract odour control, gas installation, heating and hot and cold water services, as well as the acoustic works and above ground drainage.

“Barrafina held a number of challenges including odour control requirements due to the proximity of neighbouring residents in exclusive accommodation, particularly due to local authority requirements; with the installation consisting of UV filtration, electrostatic precipitators and activated carbon panels.”

“Due to other similar location concerns considerable noise control was also required which was designed and installed in conjunction with our acoustic partners Conabeare Acoustics.”

The nature of the cuisine demanded one of Summit Design’s specialist designs with its theatre cooking installation, particularly as a considerable 4 floor riser installation was required, through which the kitchen extract and air conditioning pipework was installed.

Charcoal fired Josper cooking has also been a key part of the work provided, as part of the manufacturers requirements, and is served by a water mist safety system. Extract air is drawn through a fine mist of water to extinguish embers prior to them getting in the ductwork.

For Barrafina, instruction was received to install a water wash option that automatically washes down the canopy and surrounding ductwork every night. This function provides a fabulous option designed to reduce maintenance costs relating to canopy cleaning – a much sought after benefit Summit Design deliver today in similar projects. This system is timed to operate every night at 3.00am for a seven minute period, washing down with hot water and detergent.

With the air conditioning provided by Mitsubishi Heavy Industries and supplied by AMP Ltd, bringing together specialists and effective engineering demonstrates another significant job by Summit Design’s team, particularly in the London area, enabling the Hart Brothers to once again strike the London restaurant scene with a red hot offering.

“Working together with Andy Martin, and Sam and Eddie Hart is always a great opportunity – and with such great successes in London and Soho already, we have been extremely pleased to secure another great chance of delivering yet another Barrafina restaurant in the Hart Brothers’ portfolio.  Once again, many thousands of clients will witness our work over the coming years and we are proud to be associated with another project for them.”