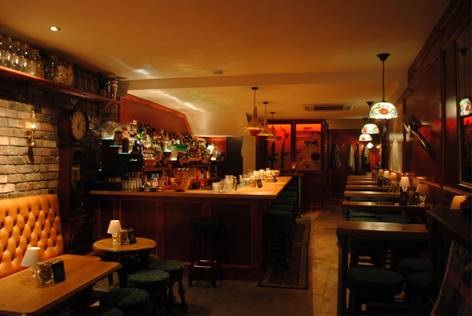 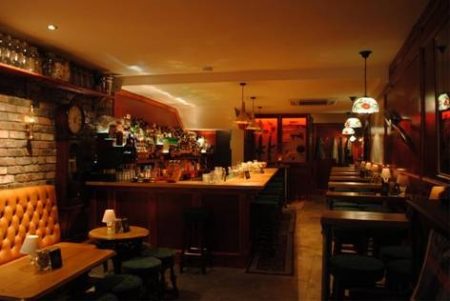 A new cocktail bar has been revealed in Clifton, Bristol, named Her Majesty’s Secret Service. The concept behind the funky new addition was taken from old-school, traditional British luxury – but in a modern environment.

The bar features British memorabilia such as a portrait of former Prime Minister Winston Churchill and clever passport-style drinks menus.

Despite the implications of the name, Her Majesty’s Secret Service isn’t actually based on a James Bond theme, however there are little aspects incorporated. The venue was more of a play on a British theme and secret services – represented by the mystery of the secluded location.

The exciting venue was opened to the public at the end of July this year, promising a variety of fun cocktails and an excellent service. Run by The Cocktail Trading Company, the company ethos maintains a focus on entertaining, with a high degree of thought having been placed into the drinks on offer – as each cocktail creatively has a theme to it. 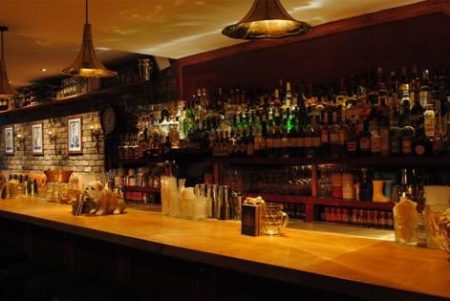 The site is set on one level, holding a capacity of 100, including 70 seats and the rest standing; boasting polished oak and aged leather furniture. A long saloon bar of 15 metres greets guests from the front door to the end wall, with a smaller bar set in the heart of the venue. With an array of spirits and liquors to experiment with, the bar offers a concoction to suit everyone’s’ tastes.

Premier Hospitality spoke to Andy Mil, Co-Owner of The Cocktail Trading Company, who told us:

“It’s a really fun project and the feedback has been really good so far; it’s also great to get out of London for a change.” 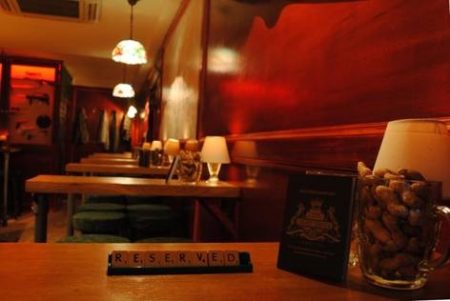 Most of the natural light has been blocked from entering through to the bar, except from a little bit that pokes through the shutters. The idea behind this was to create a sense of escapism for guests, blocking out the hustle and bustle of the outside world. This is reinforced by the relaxing atmosphere and comfy sofas.

When asked what it meant to him to be a part of the project, Andy replied:

“For me personally, the drinks business has always been about an excuse to be creative and also provide a high-quality service in terms of what you’re good at. Over the last few years we have actually seen bartending become more acceptable as a career option – our bar in London is set up as a cooperative and everyone is known as a professional bartender, we have all worked together for a long time. 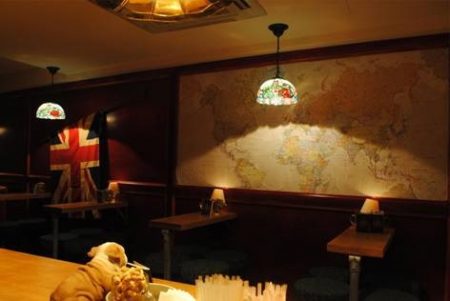 “The entire business is about training and development, to give people the skills to progress in the industry – so we’re hoping to apply that concept in a venue outside of London.”