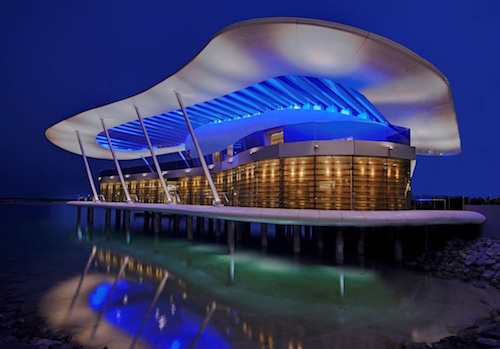 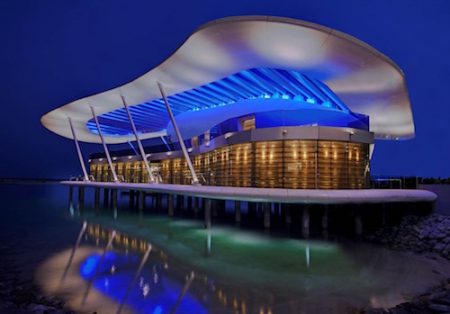 One of Britain’s most prestigious chefs – Michael Caines – is ready to open his first restaurant outside of the United Kingdom, at Jumeirah at Etihad Towers in the rapidly-developing city of Abu Dhabi.

The beautifully located hotel is the home of 11 other elite restaurants.

Replacing what was previously known as the restaurant named Scott’s, Pearls by Michael Caines will be the brand new upmarket attraction featuring the talented chef as its driving force. Michael Caines – whose restaurant Gidleigh Park in Devon has two Michelin stars – is an asset to the luxurious hotel and working in partnership with Jumeirah means that the success can be shared.

As a growing market, the United Arab Emirates is a very strong business community, with a growing ambition in terms of a developing city, steadily increasing in popularity.

Premier Hospitality caught up with Michael Caines, to ask a few questions with regards to the opening of his new restaurant. Michael commented:

“I went over to Abu Dhabi last year and took part as a guest chef at the Jumeirah at Etihad Palace and it was a great event – very successful too. I had the pleasure to cook for His Highness Sheikh Suroor Bin Mohammed Al Nahyan, and he was extremely happy – as was everyone else involved; we worked very hard to create this opportunity.

“The hotel discovered an opening and so invited me back this year to do a pop-up restaurant in what was previously Scott’s – which is now transforming into Pearls by Michael Caines. We’re really pleased that we have been given a chance to open up in the UAE, but more importantly, I think that Abu Dhabi is the right opportunity for me.” 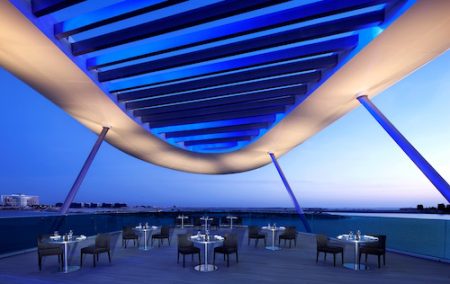 Opening on the 14th September, with an official launch party on 1st October, the new restaurant is bringing high expectations of success and delight to the business and members of the community alike. The project management team has worked on the concept of the new restaurant for a while, including Marek Boniszewsky and Steve Edwards, working in partnership with the team at Jumeirah.

“We are bringing in a restaurant manager and one of my chefs will be working at Pearls as a junior sous chef. I have worked with the chef over there previously and its all within our control; it’s basically an extension of our skills base.”

Pearls by Michael Caines will boast its very own identification, presenting a tasting menu that features eight starters, eight main courses and six desserts. According to Michael, the Dubai market enjoys a variety of tastes and a choice of foods, with constantly changing menus throughout the year.

Delectable desserts that will feature on the menu include chocolate orange confit mousse, the innovative white chocolate candle, and coconut panacotta with spiced pineapple, accompanied by a refreshing mango and lime sorbet.

“We have to fit in the market, recognising the locals and their values, meaning that we don’t serve pork or alcohol, and we provide different versions such as vegetarian options. We have tried to incorporate some eclectic mixes and lots of variety, to form a great menu.”

When asked what it means to him to see the opening of his new restaurant, Michael replied:

“It’s just great, I have managed to create a great reputation as a chef within the UK, now that reputation is being expanded internationally so it’s very exciting.”

Born in Exeter in 1969, Michael Caines became the Head Chef at Gidleigh Park in 1994. In 1999, Gidleigh Park was awarded a second Michelin Star, and during 2001 Caines won Chef of the Year at The Catey Awards.

Caines was created a Member of the Order of the British Empire (MBE) on 17th June 2006. He also represented the Southwest of England alongside John Burton Race, in the BBC television series Great British Menu, having made it right through to the final round.