Originating in Los Angeles, Barry’s London has taken the capital by storm since its arrival two years ago and now offers its world-famous workout to more Londoners with the launch of its Finsbury Square location.

The new studio – delivered by WFC Contractors – takes up two floors of the iconic and newly redeveloped art deco Alphabeta building, with one foot in the financial district and the other in Shoreditch. Bordered by Old Street, Shoreditch, Moorgate and Liverpool Street, Barry’s East is ideally situated with excellent transport links.

Adhering to the Barry’s formula of high-energy classes targeted at specific areas of the body, the Barry’s East timetable runs from 6am, with a full schedule on both Saturday and Sunday. Each class lasts 60 minutes, taught by established Barry’s London celebrity trainers, who combine thousands of hours’ experience teaching ‘The Best Workout In The World®’. Class prices vary between £14-20, depending on the class package and Barry’s class packages can be used at both London studios.

Alongside digital lockers, a complimentary towel service and luxury Malin + Goetz beauty products, the studio once again raises the bar, even providing those who forget their running shoes with three choices of footwear from the latest Nike running range. 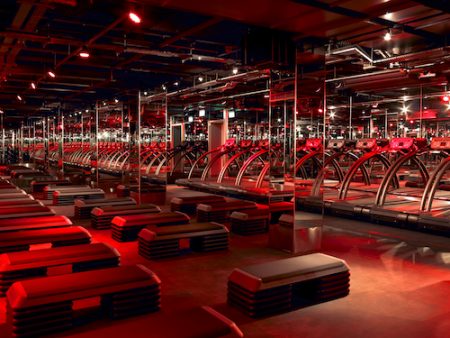 Since opening in January 2013 in Euston, Barry’s London has developed a cult following with classes selling out seven days in advance – often within minutes of going on sale. According to Sandy Macaskill, co-owner of Barry’s London, it is the perfect time to launch a second studio.

“People have been asking us to open another studio for ages. With our Central classes at capacity we’re so pleased that everyone can finally experience The Best Workout In The World®!”

Opening in East London was an obvious choice for the second studio, he said:

“Barry’s typically attracts a dynamic mix of personalities and for that reason the location between Shoreditch and the City, with its residential catchment and broad range of businesses, is ideal.”

Founded in 1998 in West Hollywood, Barry’s Bootcamp delivers The Best Workout in the World® to a legendary following, including A-list celebs, models and Olympic athletes. The company’s signature hour-long workouts include 25-30 minutes of interval cardiovascular treadmill routines and 25-30 minutes of strength training.

Since opening their first UK studio in the capital in January 2013, Barry’s London has had a huge impact on the London fitness scene and has been described by Vogue as “Victoria Beckham’s favourite fitness class”, as well as “Hollywood’s hottest workout” by The Daily Telegraph.