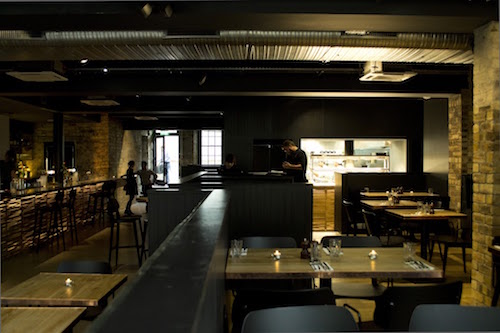 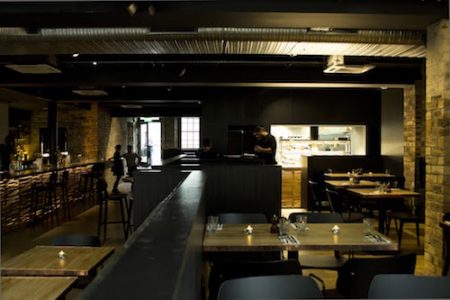 The new interior for the basement venue, located in Randolph Place and owned by The Shilling Group, was designed by Morgan McDonnell, with Prime Property Ventures as main contractors, who were commended for their high standard of work.

The somewhat dated interior was completely stripped back to increase ceiling heights, and reveal original brick and stone walls. The heightened ceiling also reveals the heat ducting and makes a feature of it.

In addition, the layout was re-organised to make better use of the space, whilst visual connections with the outside are enhanced by the removal of a porch at the front and by forming new glass doors out to the re-landscaped beer garden to the rear which features white walls with white brickwork, hanging baskets and abundant greenery. There is also a luxuriously fitted garden room that is equipped with suede seating, wooden panels and a traditional log fireplace to keep customers sheltered from the sometimes unpredictable weather. 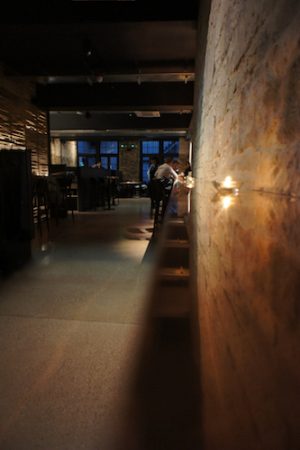 Guy Morgan of Morgan McDonnell said: “The design was geared to opening up the entrance and creating a beer garden at the back. The interior walls were stripped back to their original brick and stone, which involved removing layers and layers of material, and were largely left exposed. A key feature of the design is a newly created wall in traditional lath and plaster, which is backlit.

“The design includes dark coloured leather seating booths in the restaurant area, which has been re-located and is set on a raised oak floored section. The leather seating is a sumptuous contrast to the exposed stone and brick walls. We also installed a new copper-topped bar in a different location to the original, and laid a polished concrete floor in the bar area.”

The interior space is now lit with daylight from both the entrance and the new beer garden. “The beer garden was there before, but it wasn’t used. We installed floor to ceiling French doors replacing the wall that was there previously, so that the whole back elevation now opens up,” said Guy Morgan. 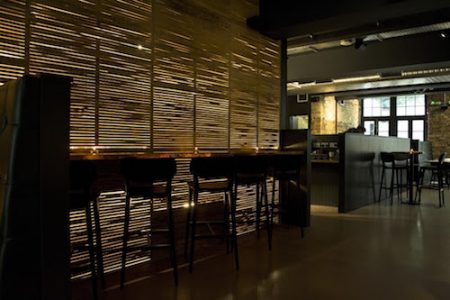 He continued: “The new lighting scheme incorporates a mixture of track and recessed lighting. We wanted to steer away from the now popular tungsten bulbs and install a slick system which picks out the main features of the bar.”

The toilets have also been extensively refurbished, with the gents toilet, which was previously outside, being re-located inside the venue.

The Shilling Group has introduced a food offer with the goal of extending trade throughout the week, with the kitchen being led by head chef Richard Iacono, who moved from sister venue The Fountain.

From Black Angus fillet of beer burger to smoked Loch Fyne mussels, the grill aims to offer a steakhouse-style menu. 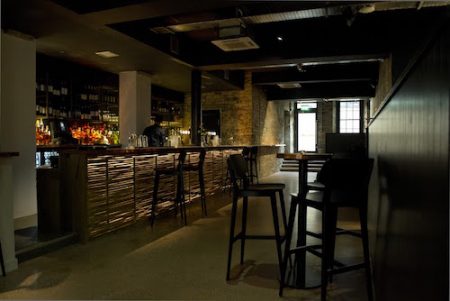 The drink’s menu features the largest wine list the team has created, to tie in with the restaurant theme, and 12 classic cocktails from martinis to daiquiris.

“The refurbishment has made a great improvement to the bar which was rather dark, dated and unwelcoming before. The project went very smoothly and the contractors did a very good job,” said Guy Morgan. 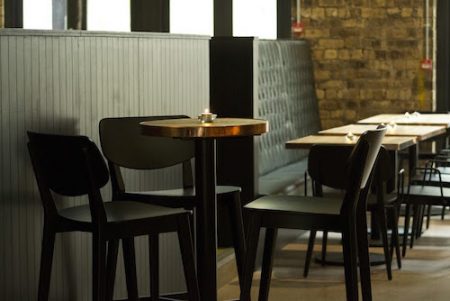 To find out a little more information on the company’s involvements with Harry’s Bar & Grill, Premier Hospitality caught up with Nick Batty – Managing Director at Yarwood Leather. Nick commented:

“Our Mustang Bottle leather is used throughout Harry’s Bar & Grill on the booth seating. Our Mustang range is a pull up leather, which creates a beautiful ‘cracked’ effect full of character. 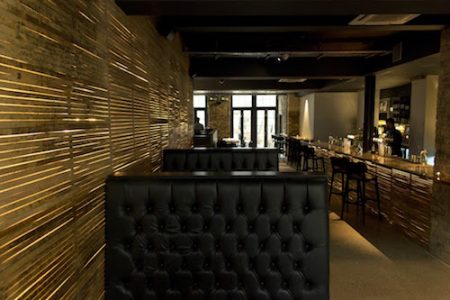 “We are pleased that our leather was chosen for the booth seating in Harry’s Bar & Grill, and hope that it will be the start of many throughout the UK. With all of our projects, our leather serves to enhance the surroundings and help set the tone for the establishment. In Harry’s Bar & Grill Mustang is the perfect choice for the refurbishment, creating a cool and stylish place to eat and drink.”

“At Yarwood Leather we pride ourselves on providing quality leather to our customers with exceptional service from our team, who are there to help from the first step of choosing the right leather right through to delivery and aftercare.”