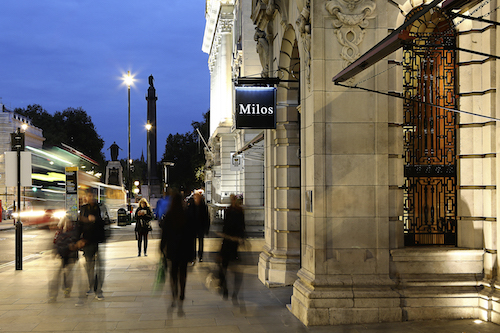 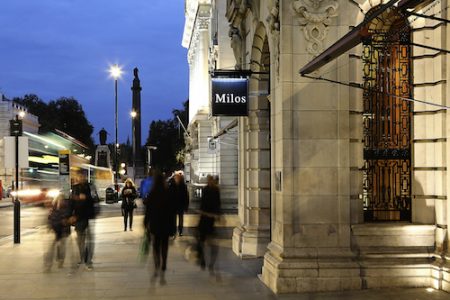 Bringing authentic Grecian cuisine to the streets of London, Estiatorio Milos has opened its first UK restaurant in the heart of the captivating city.

Situated on the newly redesigned Regent Street St James’s, Estiatorio Milos offers a plethora of fish and meat dishes coming from Greece and Europe, presented in a refined and exciting way. The Montreal based architect Alain Carle was appointed to bridge the gap between a fine dining experience in an elegant atmosphere and London’s fast paced culture.

The project comes as part of the development of a number of Regent Street St James’s buildings by owner The Crown Estate. The scheme plans to develop storefronts in a higher end level, making it a more upmarket destination for shopping and dining. 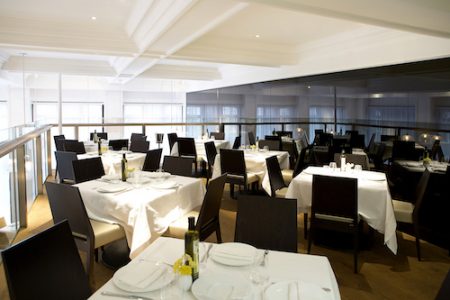 Works on the former British Columbia House began three years ago as a full refurbishment of a five story Regency style building, with works at Estiatorio Milos following one and a half year in.

The interior of Estiatorio Milos reflects the essence of the Greek landscape, with its light and sharp lines, by utilising key materials such as Dionysos marble sourced from the Penteli Mountain in Greece, throughout.  The soft grey and pure white of the marble complement the warmth of the heart oak Dinesen floor, which is made from 100 year old trees, featured throughout the mezzanine and raised dining areas.

The finished look is chic and minimalist. Clean and sharp contrasts between materials, evokes the dramatic qualities of the landscape of the Cyclades: a land of stone and light. 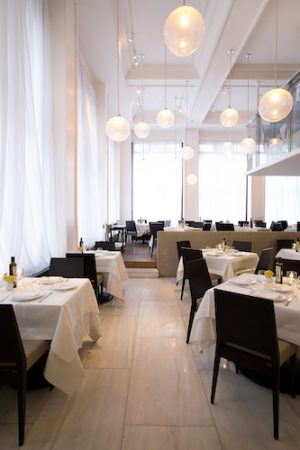 “We wanted to create a space which is systematic in its composition”, said Alain Carle. “I much prefer working on a perception level than a conceptual one so we worked with the double height of the existing space by introducing a suspended mezzanine to create a three floor venue that accommodates 180 covers.”

The menu at Estiatorio Milos is indeed about quality and simplicity, maintaining the quintessential freshness of the Greek cuisine. Products are as fresh as possible, with fish and vegetables flown in almost every day from Greece and the Mediterranean, and presented in a simple and tasteful way.

The completed project marks another success for Alain Carle working with Costas Spiliadis. Carle concluded: “Over the years, I’ve learn to embrace his vision of contemporary Greece: a land of refinement and precision, both from an architectural point of view and a culinary one. As a foodie myself, this is the best client one can have.” 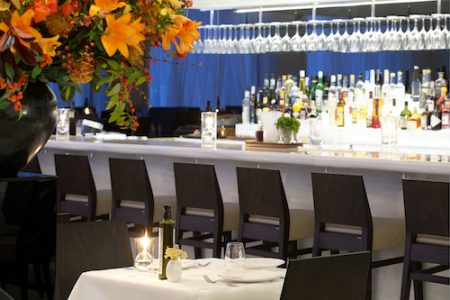 WFC Contractors was the main contractor on Milos.