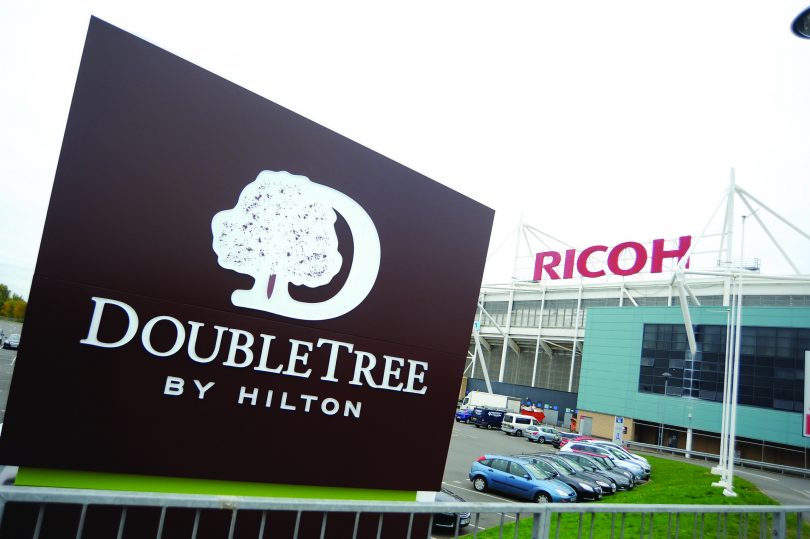 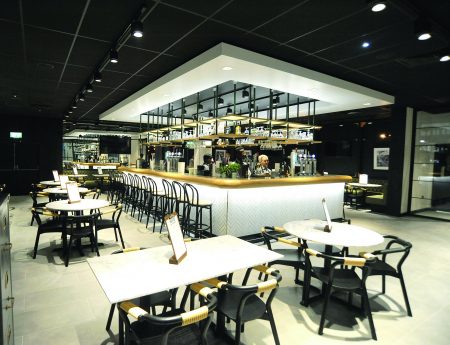 Successful hotel brand DoubleTree by Hilton has introduced a new addition at the Ricoh Arena in Coventry. Offering newly refurbished guestrooms, Wi-Fi access, large HDTVs and other state-of-the-art facilities, the impressive hotel is ideal for guests travelling on business or leisure.

The hotel is situated in the prime location of the Ricoh Arena, home of Premiership Rugby Club Wasps and Coventry City F.C. The Ricoh Arena is also host to business, entertainment and sporting events, as well as the Grosvenor G Casino Coventry.

Premier Hospitality caught up with Federico Toresi, Director at Aedas Design, to ask a few questions with regards to the hotel developments. Federico said:
“We received a phone call from Hilton, who is one of our regular clients, and they explained that they had just signed a deal with the Ricoh Arena and they had set themselves a fairly tight deadline in terms of turning it around from a previous brand to a DoubleTree. It was less than a three month window to complete the whole turnaround including design, installations and everything!
“We got involved because we like a challenge and we enjoy working on creative hotels and we thought this would be a really fun. Also we wanted to prove to people that we could deal with this type of pressure and we succeeded!”

The entire reception and welcome area was completely redesigned to link it to the new brand, in order to tie everything together with the DoubleTree by Hilton design concept, including the new restaurant. The newly-revamped Singers Bar & Bistro has been divided into a restaurant, bar area and coffee lounge with internet access and plasma television screens. Singers provides a versatile dining experience with both breakfast and evening dinner served.

Federico commented:
“The hotel is actually inside of the Ricoh Arena – and this particular DoubleTree by Hilton site was special because almost half of the rooms have a double function, so the rooms have to be used for both sleeping and entertainment. The whole design was created around the idea of being able to transform the space very efficiently.

“Walking into a bedroom you will see that there is no working desk but there are shelves at working height in which we can insert a little side table to transform it into a work station – but when you pull it away they become shelves for drinks and nibbles, and magazines and things.
“It is the same with the bed: it can be totally removed from the space and put away in a cupboard so it’s hidden away as a piece of furniture – then also a table and chairs can be revealed from within the cupboard. Everything is neatly designed with the principle that it can be used within the space, or put away.” 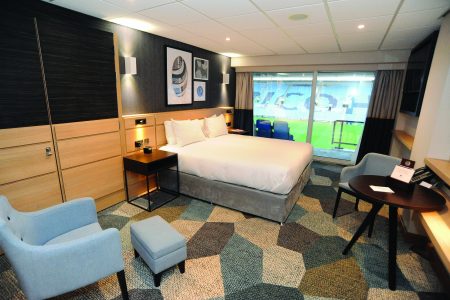 “We came up with the idea of workmanship and tools and having the crafts of the sport and the city being part of the fit out – so we integrated this within the colours and the artwork which again was curated by us. The artwork has been interpreted in many ways such as the pattern on the floor in the lobby, as well as rugby-inspired themed artwork through the front of house.

“There is also subtle rugby themed artwork in rooms however in the abstract sense, and the chosen colour scheme reflects the Coventry sport teams – again in a subtle sense – we believe that it should feel as if the hotel belongs in Coventry and I think it does.”

When asked how important it was to work on the project, Federico replied:
“It is key because at the moment essentially we are an international practice; we have the London office and most of our work from London had been overseas – the DoubleTree by Hilton Coventry Ricoh Arena is the first hotel project that we have completed beginning to end in the UK, so it a milestone for us.

“Of course it has also been important to prove to Hilton that we can work much faster than they thought anyone could – the whole thing was designed in a month!”