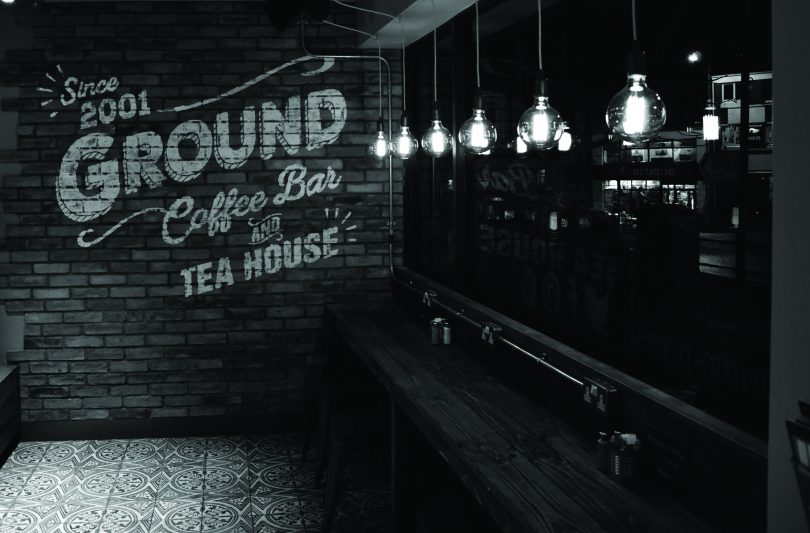 A double shot of victory for Ground Espresso Bars 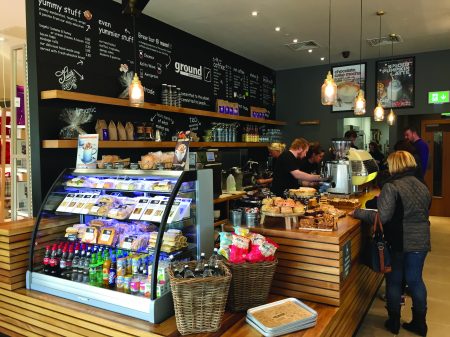 Northern Ireland’s rapidly growing coffee chain Ground Espresso Bars has unveiled two new sites at Enniskillen and Magherafelt. The Enniskillen outlet opened two weeks prior to the store at Magherafelt – which was revealed to the public in November 2015.

Operating as an in-store café, the Enniskillen outlet is located as a concession within the clothes retailer NEXT, and looks rather impressive due to NEXT’s stunning fit out and design lay out, boasting an inspiring concept. Ground Espresso Bars were given a space within the store measuring roughly 1800² ft. This particular site displays a very neutral palette with natural wood and black &white, to create a corporate feel.

On the other hand, the store at Magherafelt is an independent off street store, and one that has a much more on-trend edgy look, featuring a port resin floor, concrete counter and more colour and vibrancy with greys, yellows and blues. Strong Construction was the main contractor on both developments and Ground Espresso Bars conducted their own in-house design, to produce another two stylish and contemporary coffee bars.

The offers in the Enniskillen espresso bar include the usual options such as tea and coffees, cakes and sandwiches, whereas the offer in the street store varies a little with lots of fancy coffees and brews, and a variety of special teas.

Premier Hospitality caught up with Darren Gardiner, Director of Ground Espresso Bars, to discover more information on the new additions. Darren said:
“What we have done with the Enniskillen outlet is created a look that we think sits very well within NEXT’s new store look, integrating lots of natural wood, Iroko wood and strong graphics – it is very design led and graphic led in terms of imagery on the walls.
“The nice thing is that we have developed a concept there from start to completion, in only two and a half weeks – so it was a really quick turn around between the start of the project to its opening!
“The feedback from the Enniskillen site has been phenomenal, and when it opened, it rapidly jumped to the busiest store of the group and it was only overtaken by Magherafelt when that launched! They are both trading very strongly which is great.
“We have 15 stores and some of those are independent and some aren’t, what we tend to find is that when we opened up in NEXT for example, people are already coming to see that particular store, and so we try to entice them to stay. What we’re aiming to do is convert one in three of NEXT’s customers into our customers.
“Our company was established 15 years ago and when our first store was refurbished we kept some of the original wood from the 15-year-old counter. When opening the store at Magherafelt we actually embedded some of that wood into the concrete of the counter.
“It is very visual walking into the Magherafelt store, looking ahead customers will see a sophisticated glass mezzanine, with a café right in front of it, and lots of natural light coming through large windows. It is also a prime location which is obviously a key factor to a successful store. It began with two old buildings that were knocked into one, to create a very large space with two storeys.” 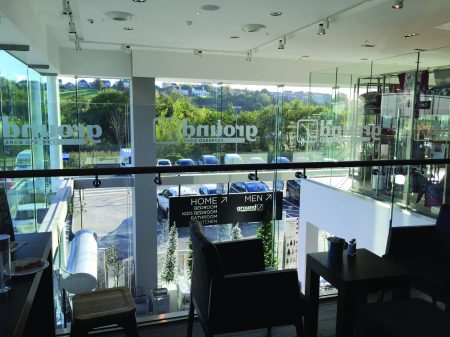 To summarise, Darren said:
“We have two great retail channels with our business; one is what we call the concession stores – as with NEXT – and our relationship with NEXT is very strong and we will continue with that in the near future. There are actually several new openings coming so we start on site in February on a massive complex in Bangor, and that’s with NEXT too. Also there are more sites in the pipeline for next year! So that will deliver considerable growth for the brand over the next 12 months.”