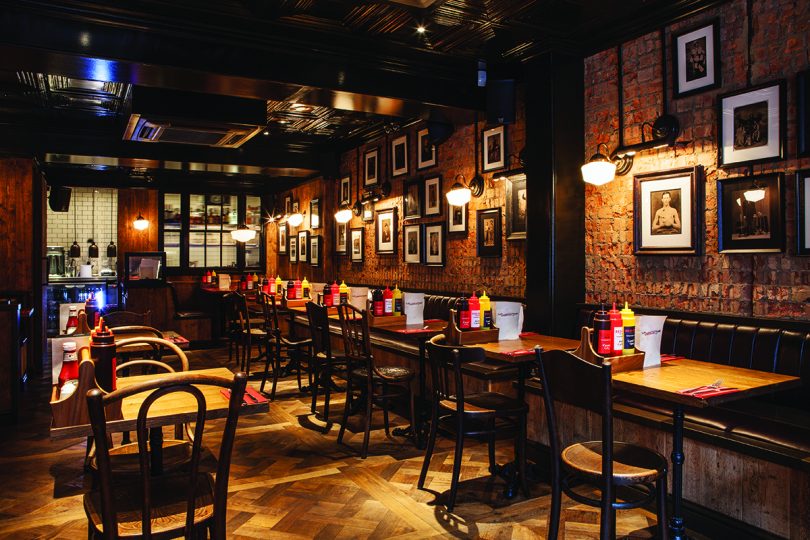 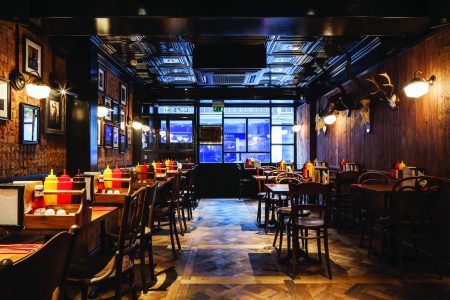 The restaurant is the third opening for the brand. The intimate restaurant seats 28 covers and the kitchen is situated in the basement.

The interior was completed by award winning branding, architecture and interior design company DesignLSM. The design is inspired by the previous two restaurants. Offering authentic American BBQ on Hoxton Square, Red Dog Saloon’s brief was to recreate a conventional Mid-Western saloon, with BBQ cooked on an award winning smoke pit imported from the USA.

Tim Burford, Project Director at DesignLSM said:
“Our interior design team avoided ‘over-theming’ the interior, instead subtly incorporating elements inspired by Colorado’s natural landscape and traditional diners, to create an authentic Mid-Western experience that appeals to the local audience.
“Being a small venue, we tried to strip the design back in order to not make it too busy. We used less colours and features to make the space feel like one big room rather than lots of separated elements.”

The design team retained the timber panelling which features in other Red Dog premises as well as maintaining a similar style of furniture to keep a consistent feel and vibe. Red Dog usually cover the walls with vintage prints and photographs however with this restaurant, as the space is smaller, it required less wall art, creating a less cluttered approach with more simplistic lighting. 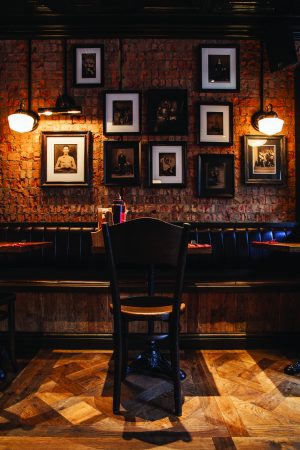 Tim added:
“From a design perspective the brief was fairly straightforward and pleasant. The biggest challenge was having to turn it around so quickly.”
The project completed at the end of November 2015, after just five weeks on site.
Tim concluded:
“We are thrilled to continue to work with Red Dog. We think they have a unique twist on a familiar concept and enjoy helping them achieve their commercial expansion plans.”

Red Dog Saloon focuses on the authentic taste of American smokehouse and grills, with an extensive menu offering something for everyone. They use award-winning smokers which have been imported from the USA and are built to recreate the cooking process of original fire pits. The chef smokes for up to 16 hours using the traditional American woods of hickory and mesquite to give a full smoke flavour.