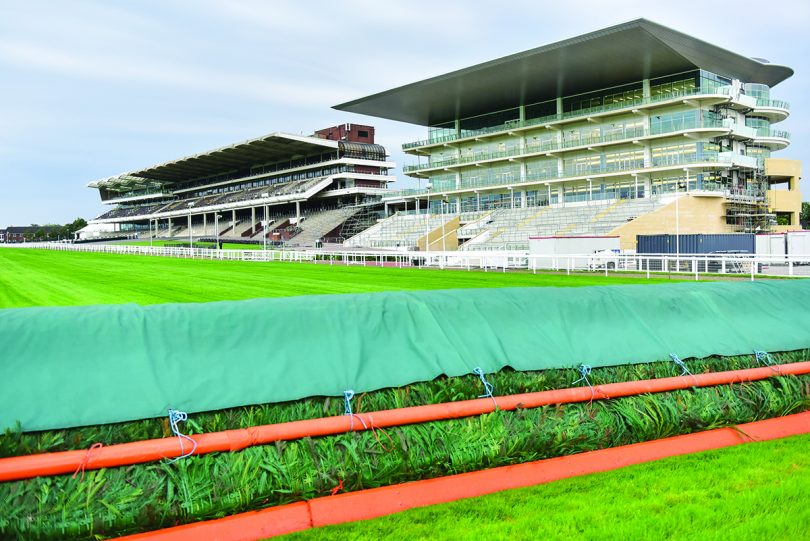 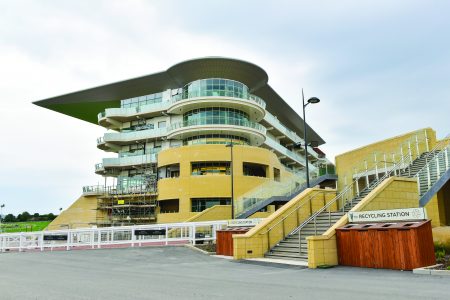 The Grandstand Cheltenham Racecourse has seen an extensive project completed, which has been under development since 2011, when planning commenced. The project began on site in March 2013, with Kier acting as main contractor and Roberts Limbrick Architects managing the design and architectural side of the scheme and reached completion in November.

Cheltenham Racecourse revealed its brand new, five and a half storey grandstand on the first day of The Open, Friday 13th November 2015, with Her Royal Highness The Princess Royal present to open the stand at 11.30am.

Premier Hospitality caught up with Stephen Limbrick, Managing Director at Roberts Limbrick Architects, to discuss the developments further. Stephen said:
“I’ve been involved with racecourses now for quite a few years, we were the architects on the other end of the racecourse which finished in 2004 – so I was involved with helping the racecourse and the likes of Edward Gillespie and Ian Renton, with the masterplanning and the vision for this recent development which is at the northern end around the parade ring.”

The ground floor of the grandstand consists of a bar, named the Vestey Bar after Lord Vestey who was Chairman of Cheltenham for 21 years until 2011. Also situated on this floor is a stunning bistro which serves up a range of delightful seafood dishes to guests. 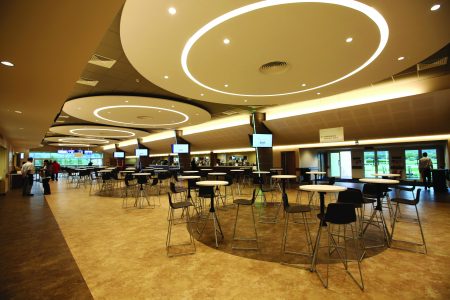 Moving onto the first floor, the stand provides a fantastic new exclusive location for Annual Members who have access directly onto their own section of steppings overlooking the racecourse. Big Buck’s Champagne Bar – named after the horse that won an unprecedented four Ladbrokes World Hurdles and 18 consecutive races – is situated on the first floor, adding a splash of sophistication.

An Owners & Trainers Bar sits on the second floor, with a balcony overlooking the Parade Ring, horsewalk and course as well as the Cotswolds Club, an area for those who used to have one of the A+R boxes, which were removed to make way for the new stand.

The third floor consists of the Royal Box and 11 private boxes, which hold around 20 people. The Royal Box has been named the Princess Royal Stand to honour the Royal opening.

Stephen commented:
“The top floor is really exciting as it features The Cheltenham Club – a really upmarket, fantastic lounge holding 300 people seated for dining with a lovely bar and fantastic views all around. It is a unique part of the grandstand.”

In this are guests can indulge in a four course meal, a la carte lunch, stunning views of Cleeve Hill and the Malvern Hills at the rear of the stand, as well as taking pleasure from the warmth of a fireplace between watching races in the winter months. The club provides an unrivalled experience that combines fine dining with an astonishing sport setting. 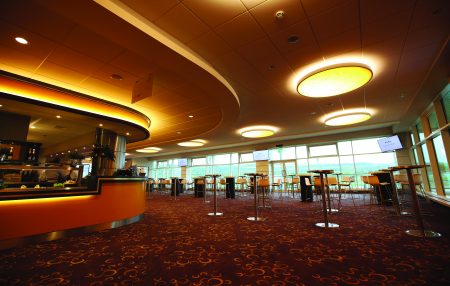 Stephen said:
“We have introduced a fantastic crescent walkway wrapping around the parade ring that leads to the new grandstand, in addition to a new garden terrace providing additional space for racegoers, and new toilets have been integrated which has massively increased what was available previously.
“It’s an amazing project; everyone has been really excited about it. Not only is it providing fantastic new facilities, but the circulation is vastly improved. The achievement of completion for use at the showcase October meeting received some super reports as an excellent trial in readiness for the official opening at ‘The Open’ on 13th November.”