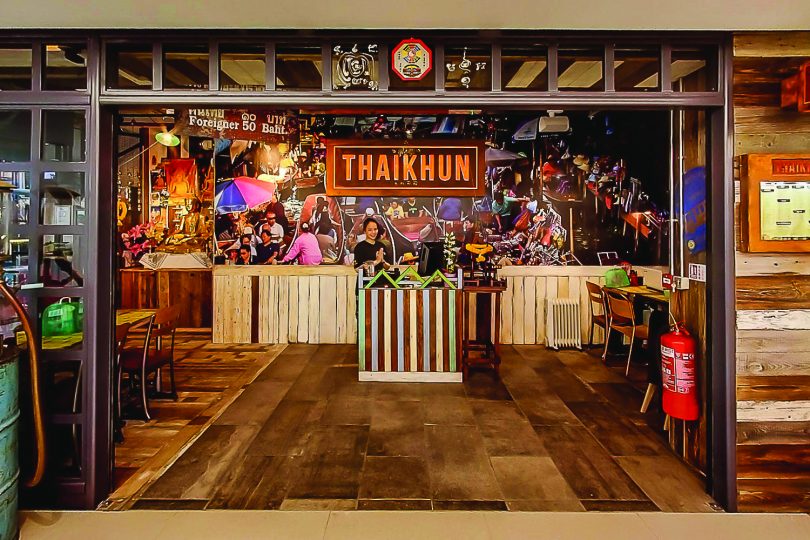 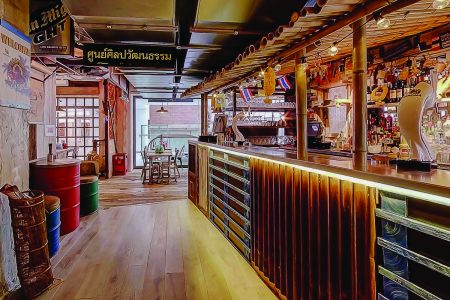 The new clock tower dining space is part of a wider £40 million refurbishment programme for the shopping centre which also includes brand new stylish interiors, improved entrances and enhanced lighting and finishes throughout.

Thaikhun Nottingham is the brand’s sixth UK venue and follows the announcement of a plan to open a second Scottish restaurant in Glasgow, within the new £20 million leisure extension of Glasgow’s Silverburn shopping mall. At present, Thaikhun has sites in Manchester, Liverpool, Cambridge and Aberdeen.

Bringing mouth-watering Thai street food from the streets of Bangkok to the UK, Thaikhun Nottingham delivers a range of delicious dishes in the form of authentic tasty street food, served up in a rustic, well-designed environment – providing a distinctive and memorable dining experience.

With 195 covers, the addition to Nottingham has created 50 full and part time jobs. The addition of Thaikhun’s Nottingham and Glasgow sites are the latest openings in Thai Leisure Group’s nationwide expansion plans since securing a £10 million investment earlier this year.

Ian Leigh, Group Operations Director at Thaikhun, commented:
“We are incredibly excited to bring Thaikhun to Nottingham and are pleased to be playing a major part in the Victoria Centre’s revitalised late night food and drink offering. Our passion is to share a real taste of Thailand’s ‘street food scene’ with the people of Nottingham by serving traditional Thai food and educating customers on the culture surrounding our cuisine.” 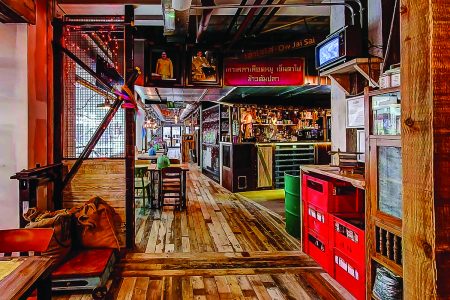 Kim began cooking food on the streets of Bangkok and subsequently opened up her own small restaurant in the city. Kim’s food was renowned in the local neighbourhood for its fantastic flavours and people would travel many miles to sample it. Kim’s recipes – including her secret Pad Thai recipe –became so famous that Kim went on to win awards back in her native Thailand.

When Martin, a UK entrepreneur, met Kim a vision was born, to bring an authentic Thai dining experience that combined appetising Thai cuisine with excellent hospitality, to the UK. The couple’s first venue opened in Leeds in 2004, and today Thai Leisure Group successfully manages 11 Thai restaurants across the north of England and Scotland, within the UK’s major cities including Birmingham, Edinburgh, Glasgow, Liverpool and Manchester.

Tim Mason, of Jonathon Morgan Design Associates, revealed some details on the company and its involvements with Thaikhun. Tim said:
“Using our usual work ethic of forever pushing the design envelope, we decided to reproduce a Thai riverside boatyard and as the scheme developed, we incorporated Thai shacks on stilts and a boat repair workshop, complete with boat repairers accommodation on the level above – not forgetting a beach-shack style bar incorporating actual Thai screens sourced and imported by owners Martin and Kim.
“Bric-a-Brac specialists, under our specific guidance, added the usual touches including market style awnings, rustic signage, old tools, kitchen utensils and a whole host of other essential nautical ephemera which adds to the authentic Thai river look. The finished effect both satisfies the public’s current craving for the reclaimed, industrial vibe and the client’s requirement to be an efficient and profitable space.
“The overall effect of housing what is effectively a Thai street scene within the Centre’s 21st century food court is jaw dropping.”
JMDA’s other clients include Mitchells & Butlers, Marstons, Marriott Hotels, Robinsons, St Austell Brewery, Palmers Brewery, Youngs and Shepherd Neame; for whom they pride themselves on producing commercially successful but stand-out designs.