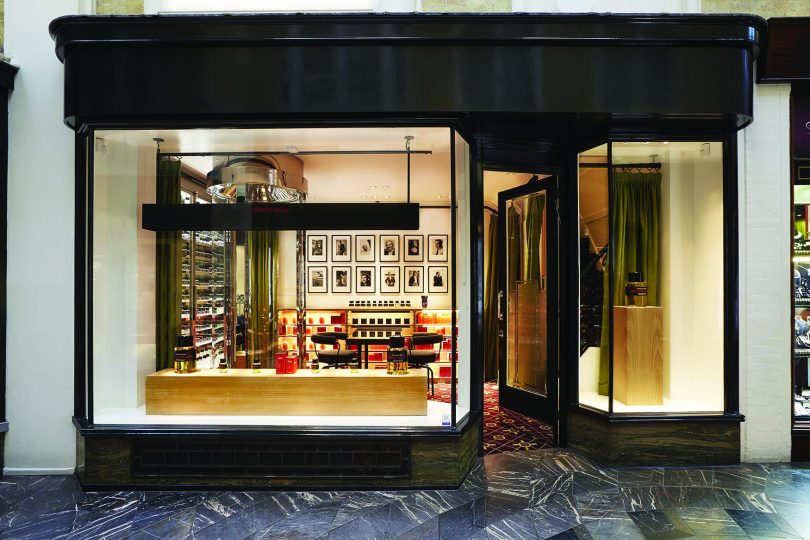 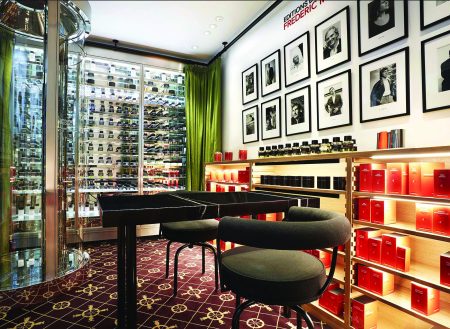 Situated in the historic surroundings of London’s Burlington Arcade, Frederic Malle’s Editions de Parfums is a beautiful boutique, specialising in a collection of perfumes from many of the world’s leading perfumers. The new store – which opened in 2015 – presents a stunning array of fragrances all housed within surroundings that are in keeping with an esteemed name such as Frederic Malle.

Frederic Malle, said:
“Fifteen years ago, I asked the best noses in the perfume industry to create the fragrance of their dreams, and they all accepted my invitation. However, as our collection of scents was being created, I realised that there was no existing retail environment suitable to showcase them.
“This is what triggered my desire to open my own store and to launch Editions de Parfums, 37 Rue de Grenelle. A decade and a half later, I am thrilled to announce the opening of my first freestanding store in London at 14 Burlington Arcade.
“The design of our Burlington Arcade store is inspired by the shop’s location in the heart of the perfect Regency shopping promenade. Not a place that one wants to tinker with. So, making an overly expressive architectural statement, as I just asked Steven Holl to do in New York’s West Village, would have been sacrilege. It was time for me to master the art of understatement, something quite difficult for someone with my sensibilities!
“My strategy for this unique building was to create an Editions de Parfums store in tune with this landmark, and then indulge in my love of design by adding a single transformative object to an almost too-familiar décor. I wanted to generate an effect similar to Kubrick’s monolith in 2001: A Space Odyssey.” 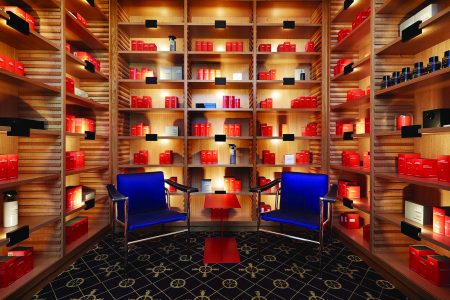 Work began on the new store in May 2015, with the official opening taking place in August. Cumberland Construction was the main contractor on the project, working alongside Frederic Malle’s in-house architect; who commented:
“All our boutiques are very personal and very special, and this project proves once again that all our boutiques are unique. Seeing this project completed is the happy ending of a long and beautiful creative collaboration.”
Design highlights include a fully polished nickel and glass refrigerated armoire; a stunning bookcase; a set of 18th Century green French curtains; and a chocolate and golden yellow-coloured carpet. Meanwhile, renowned designer Martin Szekely provided the store with a beautiful marble table, which has been sculpted in such a way that it appears as if it has been formed from a single block of stone.