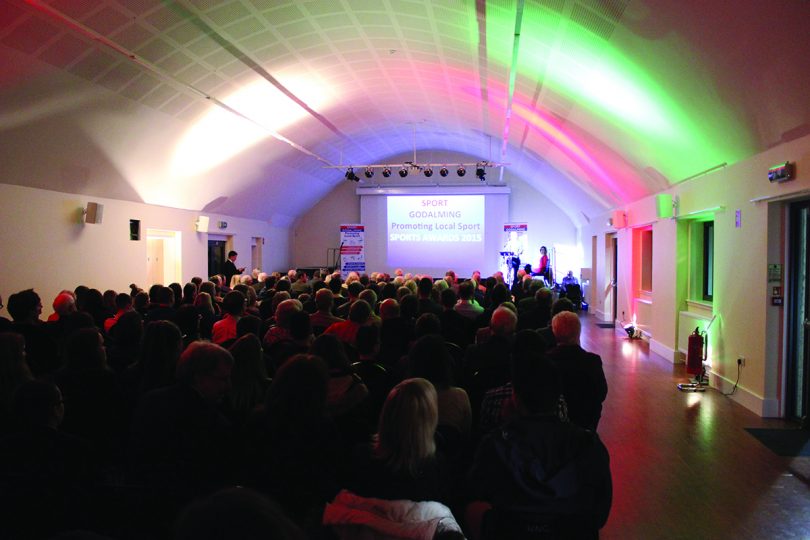 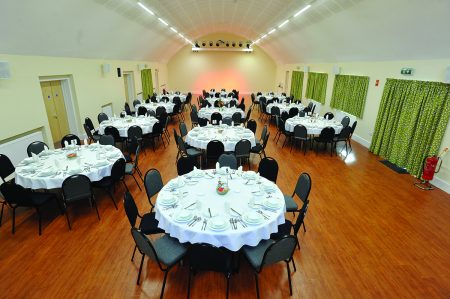 Principal designers for the scheme were Drake and Kannemeyer chartered surveyors. Main contractors were Gee Construction, who were highly commended for their work on the scheme.

Andy Jeffery, Facilities Manager for Godalming Town Council said: “Gee Construction has worked superbly well with the town council, adapting well to various changes which were required as the project progressed. They employed some excellent subcontractors who all went that extra mile to produce a building of quality.”

Constructed in 1962 as part of a series of youth centres built throughout the county, the centre is of Marley pre-fabricated concrete panel construction with a barrel vaulted ceiling.

The building operated as a youth centre until 2005, when the County Council stopped delivering services through youth centres. Godalming Town Council then took on the remaining 8 years of the centre’s lease to make sure that it remained open for community use and subsequently negotiated a further 125 year lease so that they could invest in the property.

Andy Jeffery said: “The old centre was a building of its time – it was ‘tired and very expensive to run, so the town council decided to bring the property up to a modern, high quality, fully DDA compliant venue fit for the next 50 years. We selected the highest specification materials possible on the basis that this would save money in the long run.”

Works carried out included the installation of a full commercial kitchen, toilets with new fixtures and fittings throughout; the creation of new store rooms, the complete refurbishment of the main hall including the installation of a new British Gypsum system acoustic ceiling, tiered seating, projection screens and projectors, as well as an assisted hearing loop. A new foyer was also created.

The internal walls of the building were dry lined with Firmaboard, which is much stronger and more durable than standard plasterboard. The whole building was also plastered and re-decorated and new Antika commercial flooring was laid on one level throughout the building to ensure full DDA compliance.

In addition, the roof has been replaced with a Redland tile system, and the whole building has been insulated, both internally and externally, including the roof. This was necessary due to the building’s original concrete panel construction with no cavity walls, resulting in very low insulation values.
The external elevations have been rendered in a Sto render system, with external render being selected in order to maintain the internal volume of the building. New windows, curtain walling and new doors were also installed.

Andy Jeffery commented: “The refurbishment project commenced in May 2015, with the works being delayed due to one of the wettest summers on record. However we now have a centre which is fully operational, has been very well received by the community and will hopefully will see us through the next 50 plus years.
“The project has been a success, everyone is very pleased and we are now up to 85% occupancy in the new centre.”

The Wilfrid Noyce Centre was opened in 1962 by former councillor Wilfrid Noyce, as the Godalming Youth Centre and renamed after his death just a week later on a climbing expedition.
Noyce was born in 1917 in Simla, the British hill station in India. Educated at Charterhouse, King’s College, Cambridge, taking a first in modern languages. He became famous as a member of the 1953 British Expedition that made the first successful ascent of Everest.
Although best known as a mountaineer, Wilfrid was also a scholar, a World war two ‘codebreaker’, Scout Leader, Godalming Councillor, schoolmaster, author, poet and one of the driving forces behind the creation of the original Godalming Youth Centre.

Most recently the company has worked with Waverley Borough Council on the Wilfrid Noyce Community Centre between July 2015 and February 2016. Work on the project included the demolition, foundation, excavation and drainage works, new brick/blockwork, internal alteration and floor works and the completion of new car parks, paths, drainage and tarmac work.

Martin Webb from Surrey Groundwork said: “We feel it’s important for us to be involved with the local authorities because it demonstrates that Surrey Groundwork Contractors have the skills and professionalism to work for clients who expect high exacting standards.”

Previous projects undertaken by the company include St Albans School in West Molesey, which included all foundation works, excavations and drainage works, as well as new carparks, paths and tarmac works; as well as Embrook School in Wokingham, which including a similar set of work, but also included the installation of new brick/block work and disabled ramps. The St Albans School project ran from February 2015 until September 2015, whilst the Embrook School project ran from July 2015 until August 2015.

An additional project included the Sir Richard Cobden School in Camden. This scheme ran from November 2015 until December 2015 and included foundations, excavations and site clearance.

Martin added: “We here at Surrey Groundwork Contractors approach all our contracts with the ‘we will make it work’ attitude which allows us to overcome problems and design variations with the least amount of fuss, from experience it’s always beneficial to adopt a ‘will do’ attitude and not a ‘can’t do’ one for the benefit of client and contractor alike.”