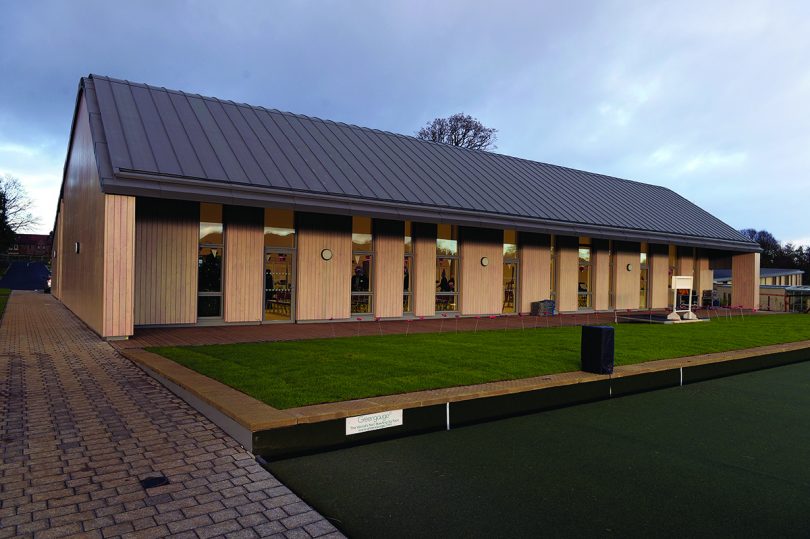 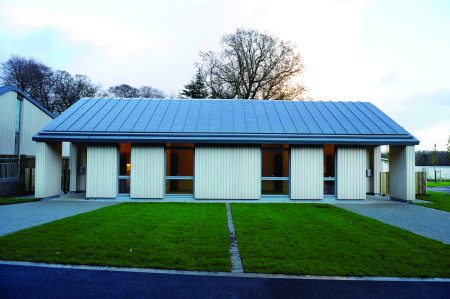 Designed by Page/Park Architects (who also designed the charity’s Linburn Centre) the 52 week project was carried out by main contractors Project Management and Construction Ltd.

Jim Thomson, Linburn Centre Manager said: “Our members were looking for something bigger and better to provide for both sport and leisure, as well as group functions.”

The sports hall has been named ‘Centenary Hall’ to celebrate its opening in an important year for the charity, which throughout 2015 has celebrated a hundred years of support for veterans.

Steve Illingworth, Site Manager for Project Management and Construction commented: “Because the site was in close proximity to existing residences, it was important that we kept disruption to a minimum, so we established a robust traffic management plan at an early stage.”

The new facility means that members of Scottish War Blinded can now enjoy increased opportunities for archery, acoustic shooting, indoor and outdoor bowls, football, judo and goalball, amongst other sports.

Jim Thomson said: “The walls of the sports hall have acoustic boarding which provides very good sound insulation. Light levels were also another important consideration, with the design of the building maximising daylight by having one wall almost entirely in glazing. At the same time, we had to protect against glare which can cause problems for partially sighted people, so we used tinted glass to avoid this.
“Another pretty special feature of the building is the new all-weather surfaced outdoor bowling green.”

The building is structured around a steel frame with structural timber infills, home grown timber cladding and a pitched zinc roof, mirroring the materials used in the construction of the adjacent Linburn Centre, which was constructed four and a half years ago.

Equipped with accessible features to make independent living easier for residents, the single storey homes have been built specifically for visually impaired veterans, and are complete with gardens and car parking provision. The homes are of timber frame construction, and also feature timber cladding and zinc roofs.

Jim Thomson said: “Design features for visually impaired veterans include items such as contrasting dark coloured light switches and sockets making them easier to locate. The houses also have a very high insulation specification, making running costs comparatively minimal.”
The sports hall and residences are serviced by a ground source heating system which required the sinking of 10 boreholes, each 125 metres deep. This provides all the heat requirements for all the new buildings, greatly reduces the energy requirement for hot water, and has capacity for a further four homes which may be built in the future.
“The user feedback from both the houses and the sports hall has been very positive,” said Jim Thomson.

The Opening of the Centenary Hall marks the beginning of a period of expansion for Scottish War Blinded, which provides free support to veterans with sight loss, irrespective of the cause of their sight loss. Further expansion is planned this year, with the building of a new centre, modelled on the successes of the Linburn Centre, and to be sited in Paisley. The project will be completed in 2017.