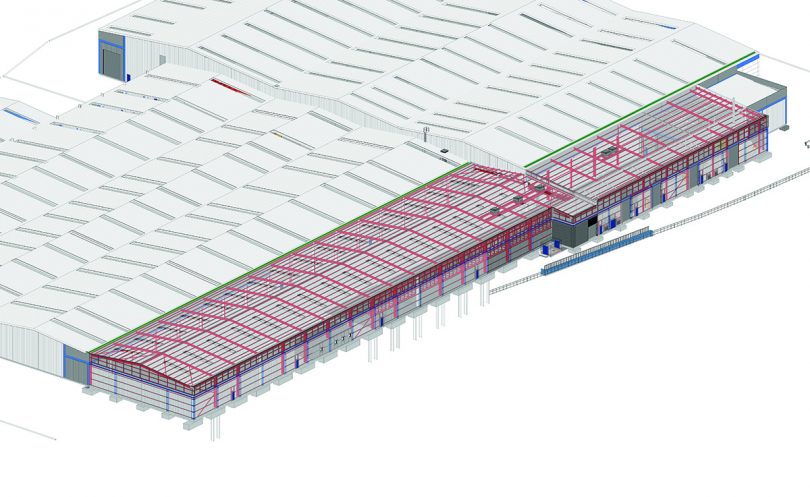 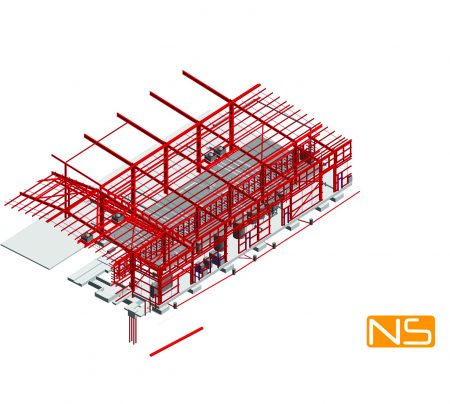 Expanding facilities and multiplying production capacity, a major new 5,000 sq m extension has just been completed at a corrugated cardboard manufacturing facility known as Board 24 and located in Longridge Road, Preston.

The project, which provides accommodation for a new £9.5 million BHS corrugator with associated plant and machinery, as well as staff welfare facilities and a plant room, together with a new electrical substation, was carried out for Logson Property Developments. Main Contractors were WH Snow; architects and lead consultants were NS Architects.

The scheme, referred to as Project Zeta, was constructed on grassland adjacent to the company’s original premises, which were built in 1996.

The extension is constructed predominantly alongside the eastern elevation of the original building.

“The extension provides a second production line for manufacturing corrugated cardboard, which increases the company’s output, as well as providing a backup if there is a breakdown in the original assembly line” said Alex McIntosh of WH Snow.

Roof heights of the steel-framed extension follow those of the existing building. Materials used in the construction also match the type and colour of those of the original building, which is constructed using aluminium trapezoidal profiles coloured light and dark grey, with dark blue lining panels in between. The cladding of the front façade of the original building (north end) is in dark blue and white prefabricated panels. The roof, which incorporates skylights, is in cladding and is mainly double pitched, with some mono-pitched elements.

The new welfare facilities within the extension are mainly for use by an extra shift. These include a canteen area, an office space, an accessible toilet, a locker room and toilets. The canteen area provides a kitchen, vending machine, and a sufficient space to accommodate a table for up to six people. The locker room is for the storage of personal belongings and also includes a bench.

In addition, the project involved the installation of a steel matrix, required to transfer services from the original building to the new extension.

“This was a fast track project with a very specific deadline tied to the scheduled delivery of the machinery which was transported from Germany.  Everything was completed to schedule and the project went very smoothly,” said Alex McIntosh.

According to NS Architects this was one of the first industrial unit extensions built in Preston using BIM – building information modelling. NS Architects where both lead consultants and BIM coordinators, enabling the project to be virtually built in 3D, in consultation with the civil and structural engineers. This process was paramount in coordinating the specialist plant and machinery around the dynamic foundations required for the 6million corrugator machinery.

According to Board 24: “By improving our facilities, we are able to increase the productivity and quality of our product, while continuing to be considerate to the environment. The extension works also provide 15 new job possibilities and thus expand our family.”

A further phase of construction at the facility is under consideration.