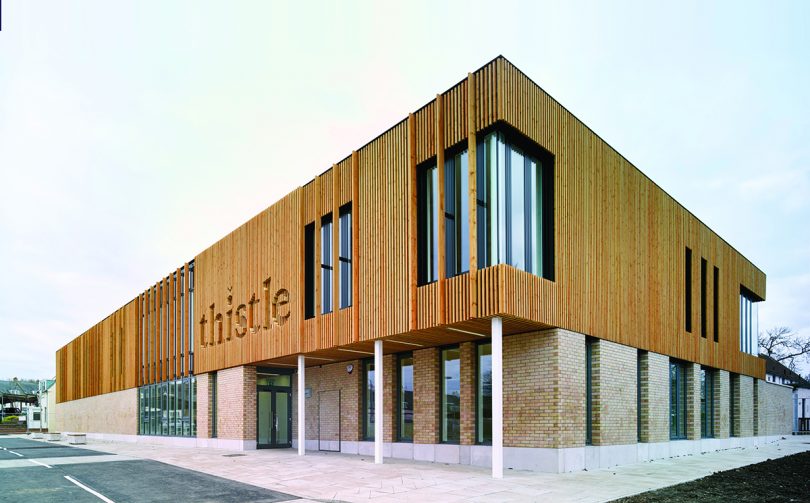 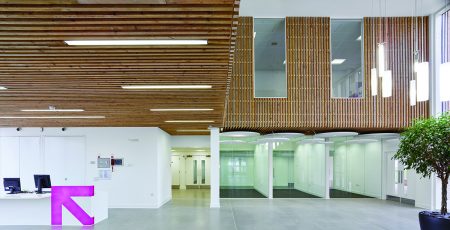 A brand new health and wellbeing community centre has been introduced to Craigmillar, Edinburgh, replacing what was the former Tudsbery Community Centre. The new community facility is being run by The Thistle Foundation – a Scottish charity organisation supporting disabilities and health conditions – to provide the community with a whole range of services and activities.

Working on the architectural aspects of the community centre developments is 3D Reid, an award-winning architectural practice that has worked on a diverse array of projects. Established in 1979, the company provides full services from masterplanning to interior design, with over 130 people across five UK studios.

Collaborating with 3D Reid, CCG (Scotland) Ltd was the main contractor for the project. Established in 1974, CCG has progressed to become one of Scotland’s largest privately owned construction and manufacturing companies with extensive experience across all sectors of the Scottish construction industry.

“The Thistle Foundation is a charitable organisation that helps to assist people with disabilities to live independent lives in their own homes – that’s a primary aim. The key focus of the project is therefore to provide a contemporary health and well-being centre, in the support of this aim, tailored to suit a diverse range of needs, commensurate with the requirements of those who will visit it.

“At the heart of the centre is a community space, known as the Hub, open to all and designed as a comfortable environment to bring small groups together but which also has the flexibility to host larger groups and events too, depending on what they require.

“Other facilities that are in place include consultation rooms, where people can have one on one chats, a gym specifically equipped for those with disabilities and a training centre, which caters for both the Thistle Foundations’ support workers in addition to involving commercial enterprise, through allowing others to hire out the facility for their individual needs.”

The first floor of the building is the organisation’s headquarters and comprises an open plan office space, designed in a way to form small working clusters and to allow staff members their own space and privacy. The upstairs office area is also strongly interconnected with the central Hub space via the use of large glazed panels, forming a community spirit throughout the building.

Seeking to achieve a more robust finish, the exterior of the building has a ground floor clad in brick and pre-cast concrete. The first floor features NORclad – a type of treated timber – used specifically because it maintains its colouring so it doesn’t grey in ways that natural timber does and has an inherent durability, helping to reduce long-term maintenance requirements. The use of timber was chosen to give warmth to the centre both externally and internally.

“Overall the aim of the project is to recreate something as welcoming as possible for those who visit and use the centre, pursuing a sensitive design approach that caters for people who may have difficulties with both physical disabilities and mental illness, whilst avoiding an institutional feel.”

“We have been working on the project from the concept design stage, from mid-2013. The main contract works, now complete, commenced on site in January 2015, fit-out is now underway and will be completed by April this year.”

“It’s great to be involved with the development; and as a company, historically it isn’t the kind of project that we’re known for, so having the opportunity to work on something like this has been fantastic in terms of demonstrating our broad range of skills. Above all else is the sense of reward from producing a building that will greatly benefit its local community and the health and wellbeing of those who rely on it for support.”