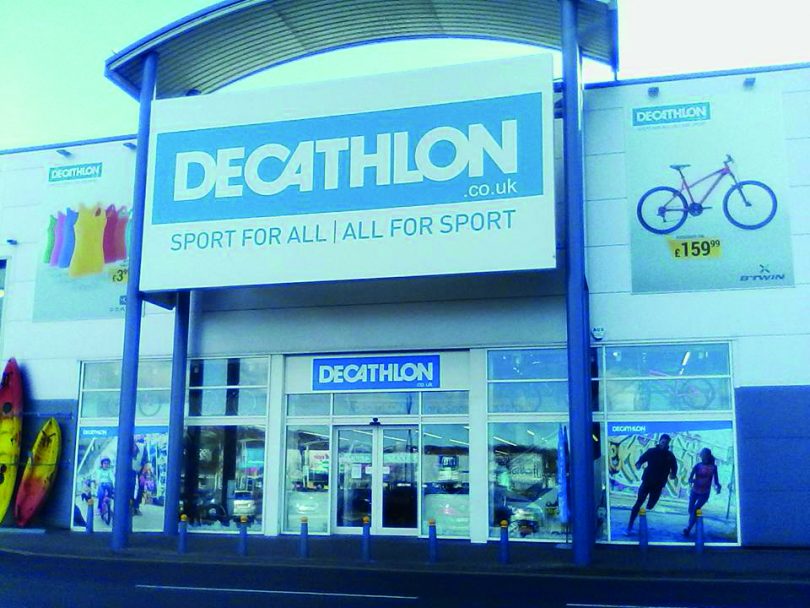 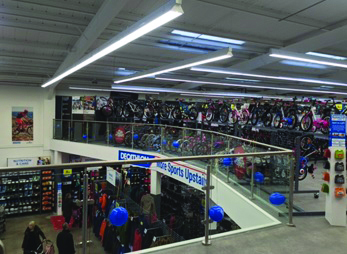 Decathlon, one of the world’s largest sporting goods retailers has opened a new store in Gateshead.

Located on Team Valley Retail Park, the new shop is situated in a former Dorothy Perkins shop, which has been completely renovated for Decathlon.

Carl Brattan, Contracts Director at Whiterose Services, which undertook the redevelopment of the shop for Decathlon said: “There was a lot of big removal work that had to be done. Originally the store had an escalator in, which we removed and it also had a personnel lift in the centre of the store which was removed. We then had the pits to fill in with concrete to make it up to floor level.”

Materials used by Whiterose Services on the development included general dry lining materials and metalwork as well as plasterboards for the new rooms and offices that Decathlon required in the shop.

Some extension work within the shop was also undertaken by Pinder Fabrications.

The new look of the shop has been described as “much more open” with space being created to allow Decathlon to store their sporting equipment throughout.

Carl added: “For Decathlon this is a totally different format to what was originally in there so everything was removed and taken back to the shell almost. It is now a much more open shop than a clothes shop would be. Once we were done, Decathlon sent their racking guys in to fit the display equipment for the stock and sports equipment.” 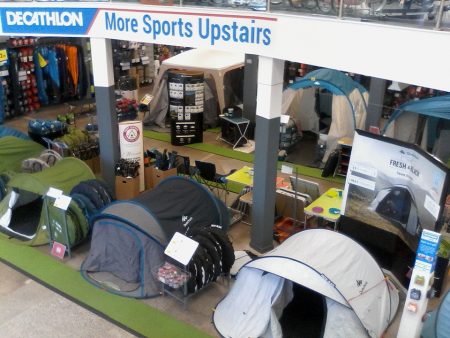 With 17 stores in the UK, Decathlon stocks a wide range of sporting goods from tennis rackets to advanced scuba diving equipment. Decathlon also owns 20 brands with research and development facilities all over France to allow the company to develop the latest innovative designs, registering up to 40 patents per year.

The Gateshead store opened to customers in November 2015 and was officially opened by triple paralympic gold medallist Stephen Miller. As well as selling sports gear and equipment, the Gateshead store is focused on getting residents fitter having linked up with Newcastle City Council Active Newcastle, Gateshead Council Public Health and Team Durham to help improve access to sport and sporting equipment for Gateshead and Newcastle residents.

Carl added: “The whole thing went quite smoothly for us and for the company it was very important, as at the time as it was the first job that we had done for Decathlon. We since went on to work on their newest store, which opened in Poole in March.”