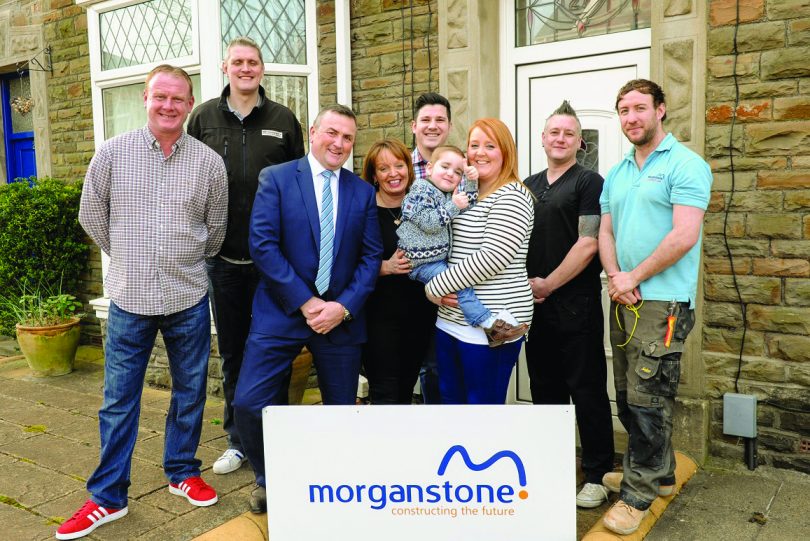 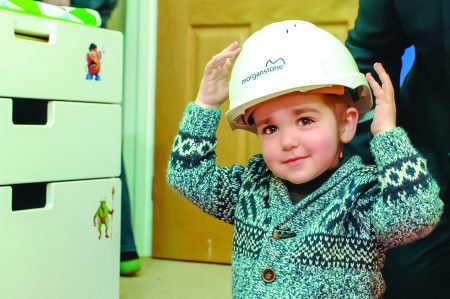 After spending his Christmas in a sterile bubble at a hospital in Newcastle, Macsen Oatway, 2, who suffers from a rare immune disorder which stops his body from fighting infection, had a wonderful surprise when he came home from the hospital last month, thanks to the efforts of staff at award-winning Llanelli-based construction company Morganstone.

In a remarkable and touching charitable gesture reminiscent of the often moving TV programme DIY SOS, Morganstone staff along with help from numerous local builders and handymen redecorated and renovated the family home in Neath, in record time while Macsen was away.

Before his diagnosis, the Oatway family, from Neath were planning on redecorating the family home, but due to constant fear of infection it made any form of work impossible.

In October, Macsen and his family had to travel to a specialist facility in Newcastle for a life changing bone marrow transplant and chemotherapy. The treatment was a success. Before he returned home in February, Morganstone and a number of volunteers helped to carry out all of the work that his parents had wanted to complete before he became ill.

The work included: fitting a bath upstairs as Macsen has to have a bath daily, decorating and creating a space for him to play as during his recovery he is not allowed to interact with other children, and installing a downstairs toilet and utility space. All were built and fitted so rooms could be easily cleaned to limit the risk of infection during his recovery.

“Macsen’s grandfather works for us at Morganstone and when we heard about him we really wanted to help. Hopefully now Macsen will be able to fully recover in a space that his family have wanted to create for a while.

“We had a very short amount of time to complete this project, but we have been so overwhelmed by the number of businesses that have offered to help or donate items for little Macsen.