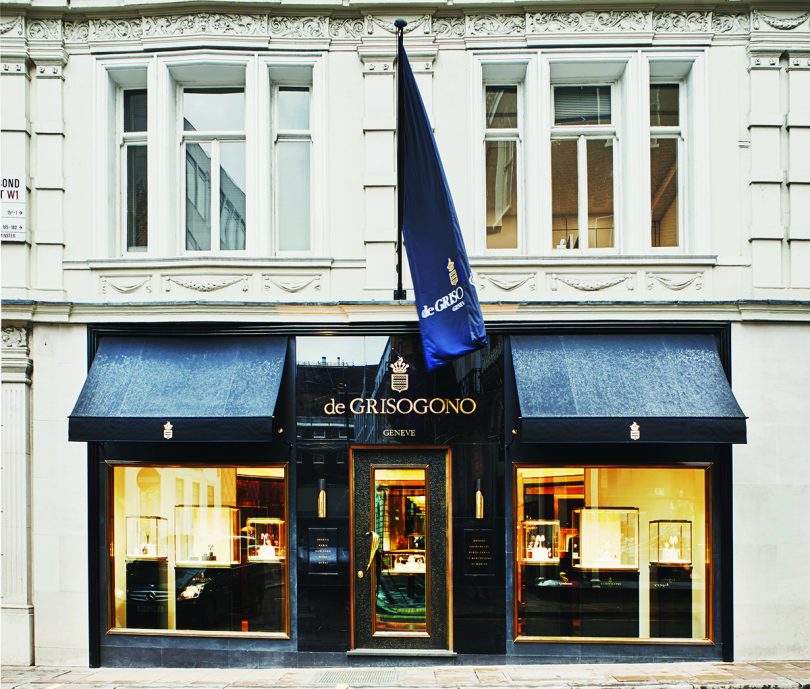 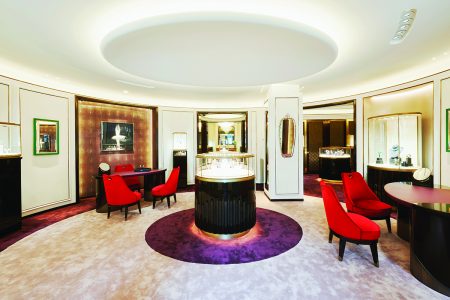 Established in 1985, the studio has collaborated with eminent brands and businesses that represent the best in their field, and with private clients that share its obsession with detail, innovation and functionality.

How did you get involved with the project?

“The CEO approached us in February 2015 and that is when we started with him. They had a new investor in the business and wanted to update their stores and bring them in line with the product, which is quite unusual in jewellery terms, because it is not just a ring with a diamond in the middle, it is a piece of art with a stone created in abstract forms and their stores didn’t really reflect that, so they wanted to create the world of de Grisogono and a new home for the brand.”

How did you create the environment that you were tasked with?

“The layout of the store has taken inspiration from Italian grand houses and villas. The Founder and Creative Director of de Grisogono is Italian so we were looking at his heritage.
As you come into the store there is a main room which is an oval room, which is inspired by the jewellery itself because it is not symmetrical, it is very organic in its shape. Your eyes are then drawn to the back room through a vestibule. In the back room there is the Grand Sala.

This is almost like a living room so it has sofas, a fireplace, a mirror and artwork from a gallery. Then just off to one side is a small watch room which is a very dark contrasting space to the main white environment with side chairs and low lighting, so it is bringing that lighting level down to make it more inviting.” 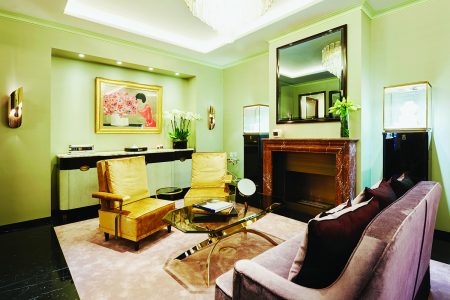 What was the store before it became de Grisogono?

“It was a George Jensen store so it was always a jewellery and watch store but it was quite a geometrical and rectangular space, which was one of the problems we faced on site. When we got on site and stripped it back, there were a few columns that we had to deal with, which was quite a challenge, but we tackled them well and put mirrors on them and made them part of the feature.”

Did you incorporate a colour scheme in the design?

“The colours throughout the space are colours that are consistent in the collections so things like amethyst, green and lighter purple colours feature in the store. The fixtures themselves are a neutral backdrop, so a nude colour, because we didn’t want to use black like other jewellery brands because you can never keep it clean and it doesn’t play off of certain metals well so we did a neutral background, which is quite unusual for jewellery merchandising. Because the products are so colourful with lots of reds, greens and vibrant colours it really responds well to that neutral backdrop.” 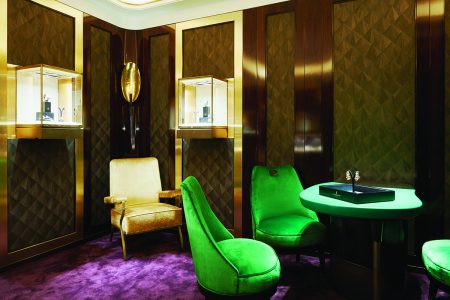 When given a brief like this one, do you know instinctively what you are going to do or do you take it case by case?

“It is a case by case basis and each of the brands we work with are very different and unique in their own ways, so with de Grisogono we looked at the jewellery pieces themselves and what we called the aesthetic constants in their collections over the past twenty years and the reoccurring themes and tried to translate those into an architectural language rather then replicating the pieces themselves.”

What has the feedback about the store been like?

“The feedback has been great. It is a jewellery store so they are intimidating environments anyway so the brief was to make visibility into the store really clear, to make it inviting and as un-intimidating as possible and I think we have achieved that. When you come into the store it is relaxing and has certain areas of intimacy so it was about trying to create that warm and welcoming environment.

What does a project like this mean to you?

“We are lucky that each of our projects is as prestigious as the next one, but what is exciting is working with a brand like this on a new concept, which is going to be rolled out, and how we approach that design knowing that it is possibly going beyond their 15-16 stores in the next few years and going on that journey with them is something we really cherish and is something really special.”