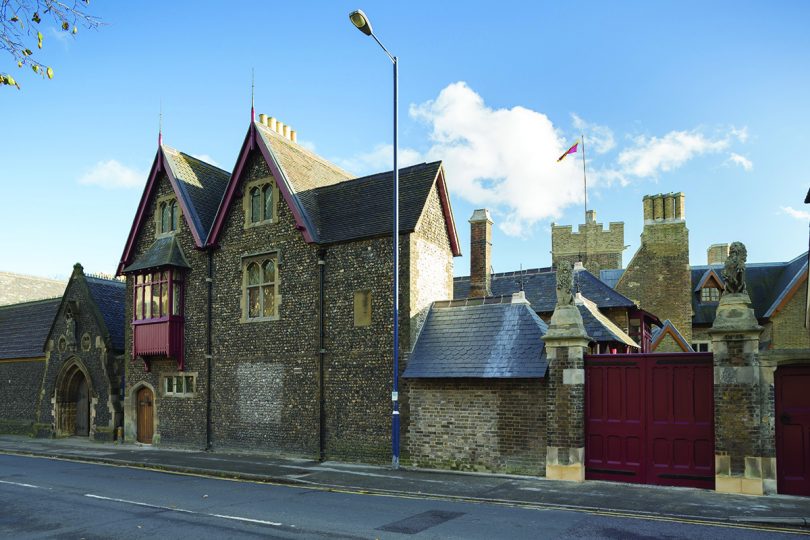 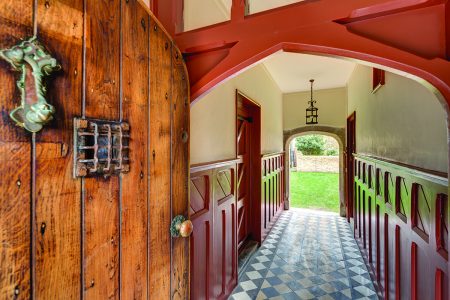 Excitingly, the building has been shortlisted for the RICS Awards 2016, in the Building Conservation category. Designed and built in 1851 by Gothic Revival architect and designer A. W. N Pugin, St. Edward’s was the third and final Landmark to open in 2015, the charity’s 50th anniversary year.

Augustus Welby Northmore Pugin (1812 – 1852) was a devout convert to Roman Catholicism and one of the most influential and prolific architects and designers of the nineteenth century. Although only 40 when he died, in his short life Pugin achieved so much, designing the interiors of the Houses of Parliament and building many churches, schools, convents and monasteries across Britain.

St. Edward’s Presbytery, which was on the Heritage at Risk Register, opened for self-catering holidays for up to four people at the end of November 2015. Its rescue was made possible by generous financial support from individuals, Charitable Trusts and gifts in Wills.

Founded in 1965, the Landmark Trust’s aim was to rescue historic buildings at risk and transform them into self-catering holiday accommodation, thereby allowing everybody to experience and appreciate them. This way the rental income from each building pays for its upkeep, however Landmark relies on grants and voluntary sources of income to rescue further buildings. 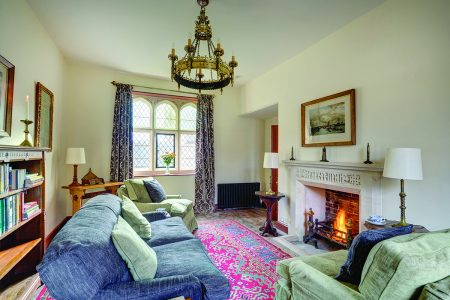 “The project started in January 2015 and we had our first customer at the end of November 2015.

“We were very mindful that it was a Grade Ι listed building – having lavishly restored the Grange which proves to be a great success, we weren’t initially sure that St. Edward’s Presbytery should be a second landmark letting property – this was because we didn’t want to do anything that would damage the occupancy and letting of the Grange. However actually, St. Edward’s it was in such a poor state and needed so much work (particularly to remodel the exterior form back to its former self) that to refurbish the interior wasn’t actually much more expensive than the predominant costs of the exterior renovation.

“The key aspect was the Presbytery had been enlarged at several times in its lifetime, particularly in the 1950s when it was a school – and they had added a lot of large, two storey flat roofed extensions which took away the whole architectural form really – so one of the most important things was to remove these extensions.”

The restoration project encompassed a range of both external and internal elements, including replacing rotten floors, opening up fireplaces and rebuilding their surrounds. The staircase was rebuilt and both cast iron and multi-hued leaded-light windows were reinstated. A large stone mullioned window was moved from street level back to its original position in the first floor bedroom, and in one of the most significant pieces of work, the huge southern oriel window in Edward’s studio was remade.

“It’s fantastic to work with these restoration projects which Landmark takes on, and hopefully will continue to take on for decades to come. It is a long journey – the whole business of acquiring buildings, raising the money, tendering, etc. and you need patience – however it is a deeply satisfying process. My aim is to maximise quality, time and budget.