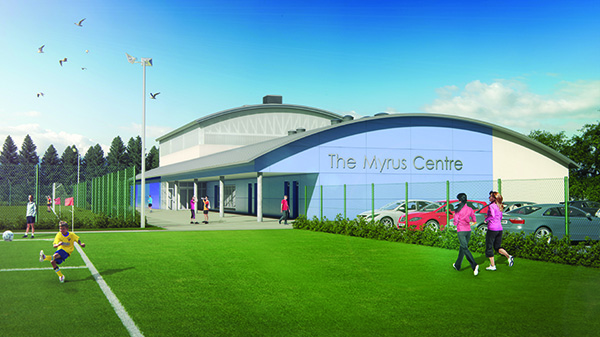 Sporting and community triumph at Banff and Macduff 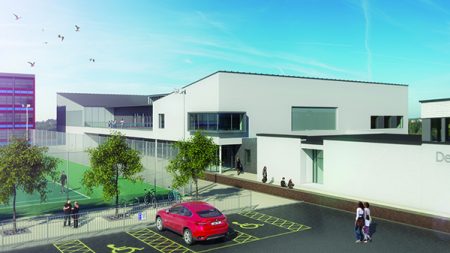 Two Scottish towns are set to benefit from new sporting, leisure and community facilities thanks to two state-of-the-art sites due to open later this year.

Residents and visitors in neighbouring Banff and Macduff will be able to enjoy the innovative and modern hubs following multi-million-pound investment from Aberdeenshire Council.

With the appointment of Farrans Construction as the contractor to carry out the work and a total investment of over £12.7 million expected, Provost of Aberdeenshire Hamish Vernal broke the ground at the two sites in June 2015.

“The new centre in Banff will also include indoor and outdoor sports facilities such as new sports pitches along with running and cycling tracks, community and office areas and viewing galleries for the sports hall and squash courts.

“A new pavilion and pitches for football, rugby and other sports are also being created in Macduff and the local secondary school, Banff Academy, is having its PE department and swimming pool refurbished.

“We’ve also obviously got the associated landscaping works taking place and as part of the project there will be new car parking and changing facilities.

“The buildings are constructed to improve on current building regulations using biomass and photovoltaic power sources.

“The facilities will be for community use, meaning they’ll attract a whole variety of groups and individuals alike, giving them a place to gather.”

Mel McMahon, Contracts Manager at Farrans Construction, said: “I have been working on the projects for the past four months. The work is underway and there are aims for an early handover with the Macduff site.

“The towns are within two miles of each other so they are fairly close together and feedback we have got back from local residents and other groups has been very positive.

“Banff didn’t have a running track so it’s something completely brand new for the area.”