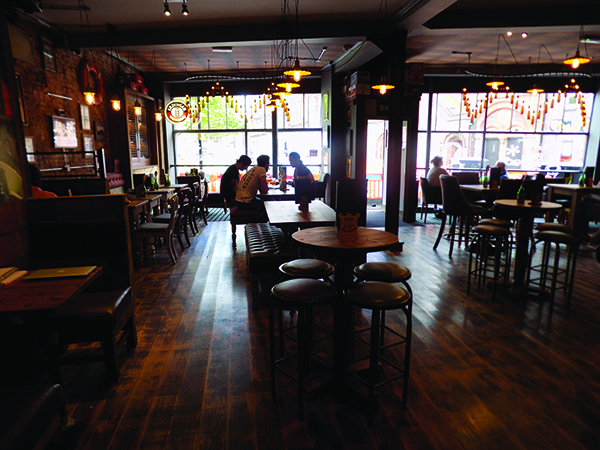 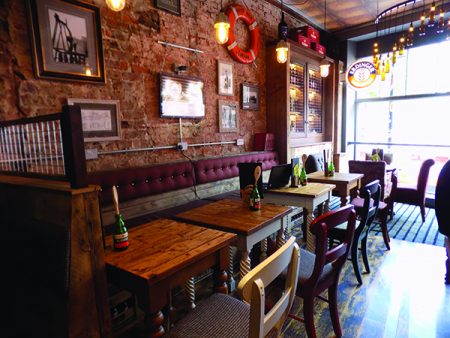 Opened on 14th July 2016, The Head of Steam in Hull has taken on a substantial refurbishment in order to provide the locals with a fresh looking and feeling pub.

In charge of the works were well respected designers Fusion By Design who have worked on three Head of Steam pubs in recent months in Leeds, Newcastle and at this site in Hull. The company have over 25 years of experience working with industry brands, meaning they are professionals at combining their past experiences with their expertise in order to create pubs such as the Head of Steam that both the client and the customer desire. They strongly believe that the feel, ambiance and overall design is key to a successful result, by developing fresh ideas and breathing new life into already established sites.

The brief was taken extremely seriously from inception to the final fittings, aiming to tailor ideas to the local area. The industrial rustic inspiration came from the surrounding docklands, with the intention to reflect the heritage of the site. The Head of Steam property is a listed building – meaning careful consideration had to be taken during construction work. After the consent of local authorities the existing plasterboard walls were stripped back exposing the original brickwork, as well as moulding the furniture and lighting around an industrial theme. The Head of Steam brand and style was incorporated throughout the interior whilst still personalising the style to match the local heritage in order to make it particular to that area.

The project was described by the designers, Fusion By Design, as the ideal scenario, with only minor challenges emerging throughout the works such as issues with the exterior pavements and previous owners, other than that the project was delivered on time and fuss-free.

The Hull community were hugely involved the works, eager to get involved with the development from the initial stages of construction to attending the opening night where the designers received an immense amount of positive feedback.

Since opening, the local community have become of even more importance to Head of Steam. The company have recently formed a partnership with a local pop up kitchen company, offering good home produced foods.

‘We always enjoy projects like this; we’ve developed a good working relationship with Head of Steam which bodes well with the future of the company. You can see there’s a good chance to take the brand further with new aspirations and heading the projects further afield. Progression is constantly being made, the wheels are turning and we have great visions for the future.”