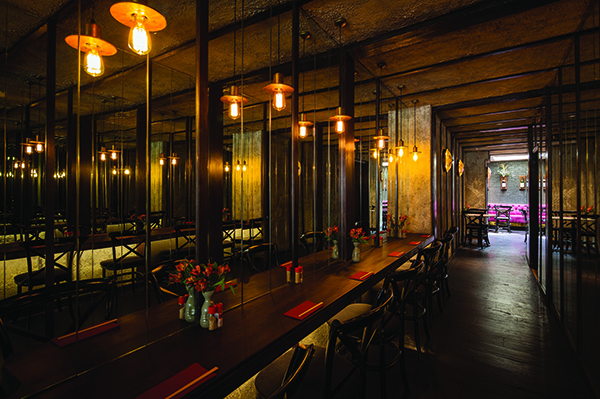 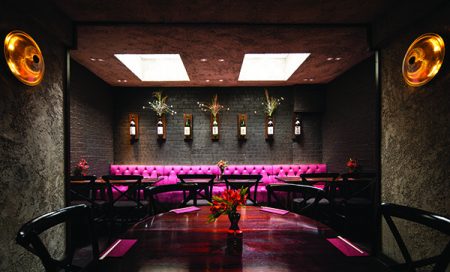 Brick Lane, London, is being blessed with the second Akari restaurant coming to its streets. But unlike the Japanese Kitchen & Bar in Islington, the new restaurant will be all about one thing – fresh Udon noodles. Udon noodles are thick, chewy, white flour noodles and one of Japan’s best known dishes, regularly enjoyed throughout Japan – and now London. The noodles are handmade on site and the machine acquired to need the dough has been sent over from Japan itself.

Managing the project were Rosendale Design, a company specialising in interior, lighting and furniture design. They have deep rooted respect for architecture – an appreciation of edifices both historic and contemporary. Aided by a team of professional consultants, specialist manufacturers, craftsmen and artists, Rosendale Design focuses on successfully finishing the project, while considering the smallest details.

The design brief was very original, the client wanted the exact opposite of a ‘new, clean and polished’ look to the restaurant – he wanted the space to look worn in, well established and approachable. The concept brief involved stripping the walls back to concrete, softened with silhouettes of blossom trees – giving the effect that the uncovered walls have revealed ancient murals of beautiful artwork. The walls have rhythmically been divided with posts and the back area of the bar features two sky lights. The through corridor has mirrors either side cut into strips, creating a feature in itself. Lighting was one of the key parts of the interior in the main dining rooms, with a honey comb mood throughout – the concept was more focused on how the space is lit as appose to feature light fittings (by TM Lighting and Chantelle Lighting). 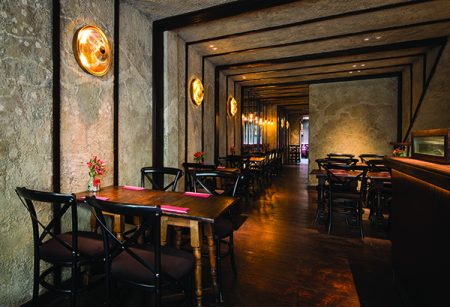 White marble tables, from Contract Chair Co, have been included in the venue.

Other key features are the Udon preparation room, with glass walls & doors, and the internally lit stockade storage room made from stained oak with glass mesh.

“Akari restaurant wanted a concept you don’t come across a lot. This challenged us in a way, to think differently whilst respecting the culture and how that relates to people eating here and what they expect from a restaurant like this – that’s so specialist. It was a fun challenge and a project we are very proud of.”